Jail Minister hits back & throws a challenge to Sukhbir Badal 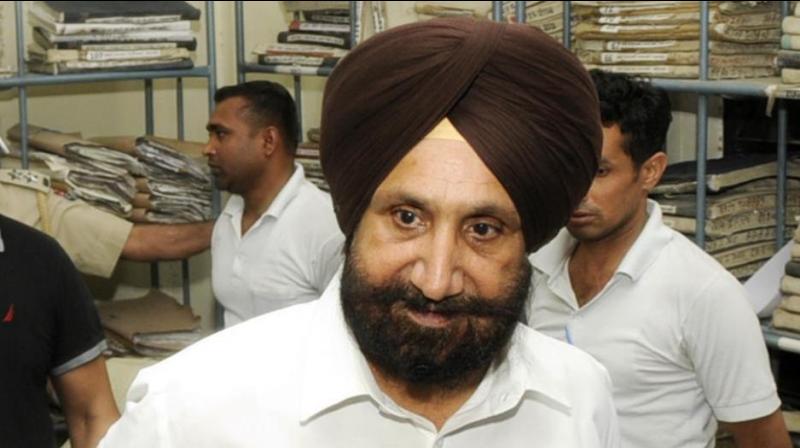 Chandigarh, July 1: The Jails Minister, Punjab, S. Sukhjinder Singh Randhawa has hit back and challenged the SAD President Sukhbir Singh Badal for indulging in petty politics by commenting over the incident of violence perpetrated by the inmates of Ludhiana Central Jail. The minister has written a letter to the SAD President and said that had the former Home Minister been in knowledge of the jail manuals then the latter would not have demonstrated his intellectual hollowness by demanding his resignation.

In the letter written to the former Deputy Chief Minister, S. Randhawa has said that if Sukhbir Singh Badal ahs not read the jail manual during his tenure then he would do well to go through the Section 363 to 367 of the manual (Attached with the letter) in which it is clearly mentioned that the jail officers are fully authorized to use weapons in order to deal with any untoward situation.

S. Randhawa has further castigated Sukhbir Singh Badal for equating the violence and thereafter firing perpetrated by the inmates of Ludhiana Central Jail with the Behbal Kalan firing incident and asked the SAD President to apologize to the entire Sikh community. The minister said that the Sikhs reciting Gurbani and demanding the arrest in a peaceful manner of those responsible for the sacrilege of Sri Guru Granth Sahib, cannot be equated with the jail inmates and such comparison can never be digested by anybody.

The Senior Congress leader reminded the SAD President about how the gangsters kept running away from the jails during the tenure of erstwhile SAD-BJP Government. Coming to the specific incidents, S. Randhawa said that Vicky Gonder and many other gangsters had fled from the Nabha Jail and the then government failed to nab them. In an incident of firing in the Bathinda Jail in 2015, 2 inmates were injured. The notorious criminal Gurjit Singh Mehal Kalan was involved.

Similarly, the Bathinda Jail was witness to another spree of violence. In 2011, Kapurthala Jail saw violent incidents. Amritsar Jail became witness to the riots thrice (On 7th January, 2008, 31st January, 2008 and 29th August, 2008).Coming to the issue of CRPF deployment in the jails of Punjab, S. Randhawa cleared the picture and said that he had already made such a demand regarding which the Union Ministry of Home Affairs was approached.

The Congress leader further said that if SAD President is actually concerned about the jail security issue in Punjab then he should ask his alliance partners at the Centre to ensure the deployment of CRPF in Punjab jails. Concluding, S. Randhawa asked Sukhbir Singh Badal to feel free to approach him for seeking any clarification regarding any of the arguments forwarded in the letter in order to increase his (Sukhbir Singh Badal’s) knowledge.