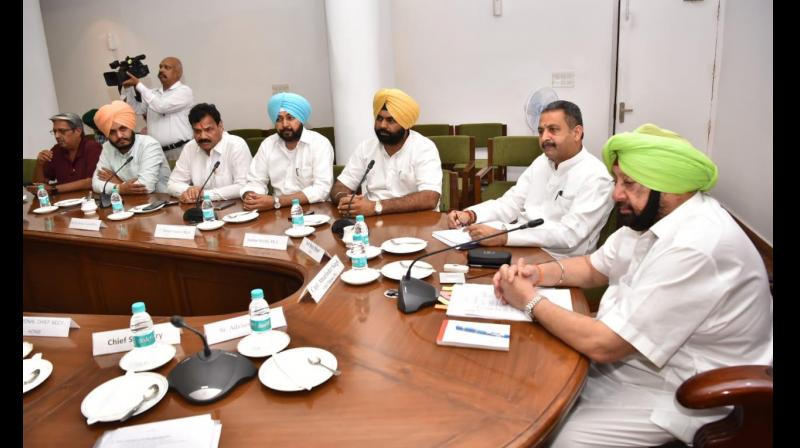 Chandigarh, June 26: Escalating his government’s fight against drugs, Punjab Chief Minister Captain Amarinder Singh on Wednesday mooted preventive detention of repeat offenders in drugs smuggling/trading, amid reports that there were around 200 such criminals identified by the Punjab Police.

Captain Amarinder was holding a Video Conference with DCs and SSPs to review the progress on drug eradication and discuss the future strategy. The Video Conference was preceded by a meeting of the Consultative Group on Drugs: Comprehensive Action Plan against Drugs Abuse, headed by the Chief Minister. 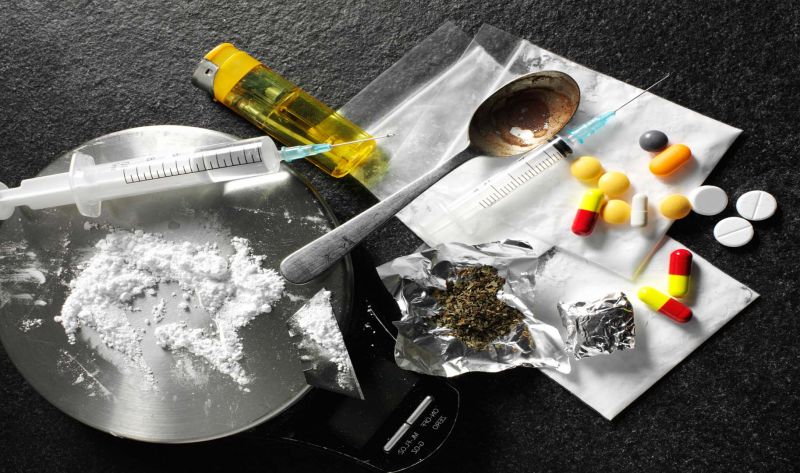 The Chief Minister extended his government’s full support to the eight Narcotics Control Bureau (NCB) teams assigned to map the border areas of Punjab and coordinate the fight against drugs in the region. NCB Deputy Director General SK Jha informed the meeting that around 25 officers, including himself, had been deputed to Punjab to strengthen coordination with other states, such as J&K and Gujarat, which had emerged as major sources of drugs flow into this state.

Jha underlined the need to chase money trails to check drugs trafficking. He also appreciated the state government’s preventive and rehabilitation steps to eradicate the drugs problem. DGP Dinkar Gupta informed the meeting that the Chief Minister’s letter to the Prime Minister seeking a national drugs policy had evoked positive response from the Centre, with Home Minister Amit Shah directing his officers to ensure better coordination in the matter.

The Narcotics Control Bureau has drawn about two dozen officers from other parts of the country and deputed them in Punjab to carry forward the anti-drugs fight in the border State of Punjab, said the DGP. It was also announced that Punjab would host the next meeting of the Chief Ministers of the neighbouring states for more effective coordination of the drug enforcement efforts across States.

During the meeting, the Chief Minister reiterated his government’s Zero Tolerance policy against colluding government officials, including policemen. Taking cognizance of complaints of collusion of police officers with drug smugglers/traders/peddlers, he directed the DGP to bring out a comprehensive postings/transfers policy to break the nexus between police and drugs criminals.

Captain Amarinder warned of stringent action against black sheep. Those involved would be liable for dismissal and compulsorily retirement. Criminal cases under u/s 29 of NDPS Act (Abetment) and Prevention of Corruption Act to be registered, wherever involvement and wrongdoing is established, he added.

Toughening his stance on the drugs issue, Captain said the drug eradication campaign will now be carried out in Mission Mode, with transfers and postings of DCs/SSPs to depend on performance in `Drive Against Drugs’, to be assessed through quarterly reviews. Sub-divisional DSPs/SHOs will be held accountable for any drug related crimes in their respective areas, with monthly reviews to be conducted by IGPs/DIGs Ranges. Non-performing DSPs/SHOs will be shunted out, the Chief Minister said.

The Chief Minister ordered the CPs and SSPs to identify drug-affected villages/wards for strict enforcement, and to list out know drug smugglers/traders/peddlers. He directed them to undertake thorough investigations to unearth forward and backward linkages, crucial for reaching the source of drugs/big fish.

In his interaction with the officials, the CM also directed them to conduct regular meetings of District Mission Teams (DMTs) and Sub Divisional Mission Teams (SDMTs) to strengthen training of DAPOs and Senior Buddies and also the awareness campaign on drugs. He directed the DCs and Civil Surgeons to directly supervise de-addiction and rehabilitation programmes, and to associate with Narcotics Anonymous (NA) and other NGOs for more effective execution.

Captain Amarinder underlined the need for intensification of coordination and joint operations with NCB, BSF and other central agencies, to tighten the noose against drug smugglers/big fish. He directed preparation of detention proposals of big Drug smugglers/suppliers u/s 3 of PIT NDPS Act, 1988, and also ordered activation of 181 Punjab Police Helpline to enable citizens to provide Drug tips.

The Chief Minister disclosed that a Rewards Scheme was being finalised by government to incentivize the people to join the fight against drugs. Good performance by government officers as well as the citizens will be suitably  rewarded under the scheme, he added.