URGES IMMEDIATE RELEASE OF FUNDS FOR CLUSTERS IN STATE TO BOOST DEVELOPMENT OF MSMEs.. 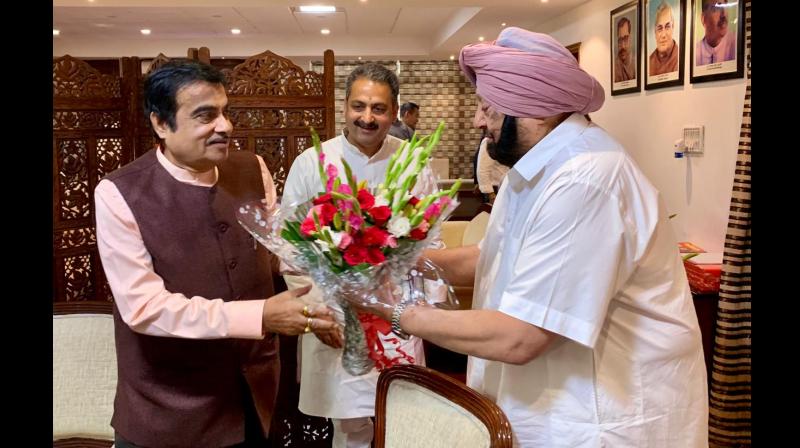 The CM called upon Gadkari here on Thursday afternoon to press for his intervention to clear the state’s pending projects/approvals under his department. He invited the Union Minister to visit Punjab to help revive the  MSMEs in the state.

Gadkari assured Captain that all Punjab related issues pending with his ministries would be looked into and addressed at the earliest. He also assured of full support and cooperation to the state government in pursuance of their road infrastructure development projects, besides various initiatives in the field of MSMEs.

According to an official spokesperson, Captain informed the Union Minister that state government had already conveyed its consent to bear 50% cost of land acquisition for construction of Ring Roads around major cities of Mohali/Chandigarh, Ludhiana, Jalandhar, Patiala, Sangrur and Bathinda, in line with the MORT&H guidelines of Bharatmala “build including Ring Road or Bypass, which was not a part of the Bharatmala shelf of Projects. Such a new project would be taken up for consideration by the Ministry only if the State/Agency is ready to bear at least 50% cost of land acquisition.

Captain Amarinder also urged Gadkari to faciliate expeditious clearance of the Delhi-Amritsar-Katra Expressway project, for which Government of India has already approved a plan for constructing 800 Km of Expressways under Bharatmala Scheme Phase-I. The state government had requested the Ministry time and again for early start of this project but so far even the alignment has not been frozen upon, he lamented.

The Chief Minister also impressed upon the Union Minister the need for immediate declaration of National Highway and approval to four laning of Patiala-Sirhind-Morinda road, which the Union Ministry was pressing for development as a Greenfield project while the state wanted it to be a brownfield project.

Captain Amarinder requested the Minister to declare Banga-Garhshankar-Anandpur Sahib-Naina Devi Road as a National Highways project in the current fiscal. He pointed out that this demand has also been raised by the Jathedar of Takhat Sri Keshgarh Sahib as the road in question was in extremely bad shape. It may be recalled that Gadkari had earlier laid the foundation stone for the upgradation of Banga-Garhshankar-Anandpur Sahib-Naina Devi Road.

Captain Amarinder impressed upon Union Minister  the need to develop Kharar-Banur-Tepla road NH-205A as a four-lane highway, in view of the large Delhi bound interstate commercial traffic from Himachal Pradesh and Haryana passing this road. He also demanded construction of a suitable flyover in Bhawanigarh town to segregate the local traffic from the regular traffic passing through four laned Patiala-Bathinda section of NH-64 having a length of 176 Km.

The CM also requested Nitin Gadkari to transfer the work of implementation of two lane projects (Gurdaspur-Dera Baba Nanak-Amritsar-Khemkharan-Arifke road), as well other Bharatmala projects, to the State PWD (B&R) as the department had well-trained competent NH Wing headed by a full time Chief Engineer with adequate and qualified staff.
This team had successfully implementing 4-laning of 620 Km of NH in the State, of which 550 Km had already been completed in a time-bound manner.

The Chief Minister requested Gadkari to issue necessary directions to concerned officials in NHAI to execute the incomplete structures/stretches, and also take up to repair deficiencies in maintenance without further delay. He said if the incomplete structures/stretches and deficiencies were not attended to immediately, in a time-bound manner, it would be appropriate to initiate action for termination of toll collection on this road.

Captain Amarinder invited Nitin Gadkari to visit Punjab to discuss the development of Micro, Small & Medium Enterprises (MSMEs) in a meaningful and result oriented manner. He emphasized the need to promote agriculture based MSMEs in the state to ameliorate the economic lot of our farmers, who were reeling under a severe agrarian crisis. 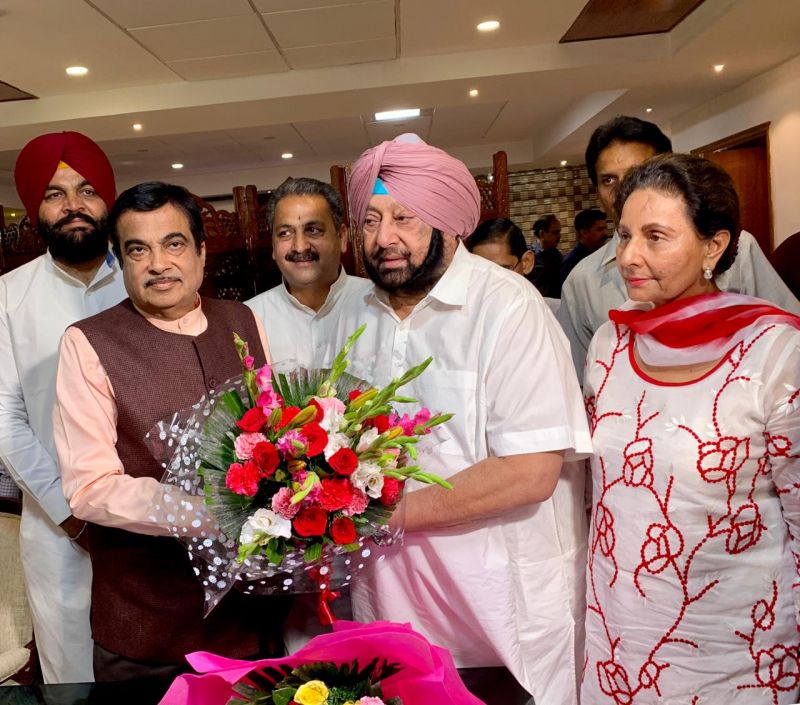 The CM said that under MSE-CDP of the GOI, due to increase in cost of setting up of Common Facility Centres, the grant should be increased to Rs. 20 crores per CFC and also the mandatory 10% share of State Govt. may not be insisted upon.   Under the Industrial Infrastructure Development Scheme MSE-CDP the condition of one focal point per district may not be insisted upon and States may be allowed to take up the projects on the basis of actual requirements, he added.

The existing District Industries Centers (DIC) building may be provided a grant of Rs.2.00 crores per building for strengthening, up-gradation  and construction of  new buildings of DICs in the remaining 10 new districts, he added. The Chief Minister demanded that ZED rated units be given benefits, including preferential treatment, in procurement and also  exemption from compliance inspections by Pollution Control Boards.