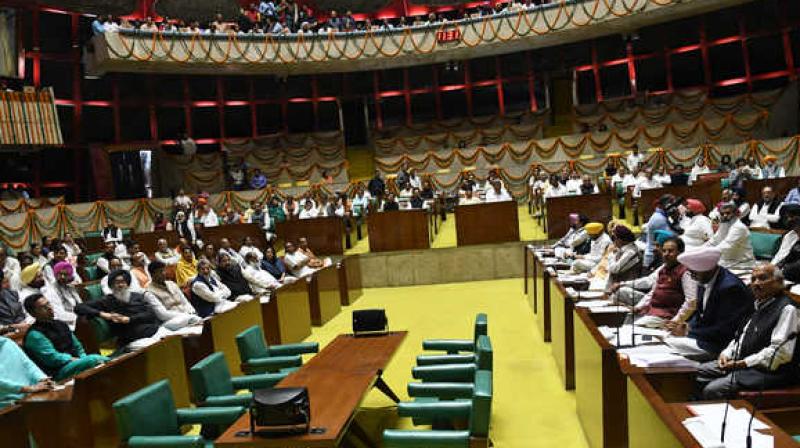 A cabinet meeting, chaired by Chief Minister Captain Amarinder Singh, also approved the presentation of the Comptroller and Auditor General of India (CAG) Audit Reports, Finance Accounts and Appropriation Accounts for the year ended March 31, 2018, in the Punjab Vidhan Sabha.

As per the provisions of Clause 2 of Article-151 of the Constitution of India, these documents and reports are mandatorily to be tabled in the State Assembly during the Budget Session.

CAG has already forwarded authenticated copies of Audit Reports (Revenue, State Finances, PSUs and Non-PSUs) of the Government of Punjab for the year 2017-18, to the state government for tabling these reports in the State Assembly.

Further, in accordance with the provisions contained in Clause (3) of Article 203 of the Constitution of India, the Cabinet also gave approval to present the Supplementary Demands for Grants of the Government of Punjab for the year 2019-20.

Further, it gave the go-ahead for presenting the Budget Estimates of the Government of Punjab for the year 2020-21 in the Punjab Vidhan Sabha in the current Budget Session, in pursuance of the provisions contained in Clause (1) of Article 204 read with Article 206 of the Constitution of India.