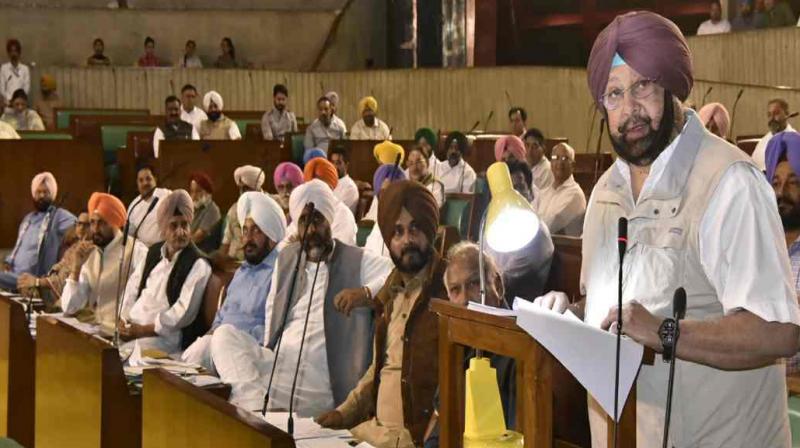 CHANDIGARH : To address the basic needs of the slums dwellers and to ensure holistic growth of the urban areas in the State, the Punjab Cabinet led by Chief Minister Captain Amarinder Singh on Wednesday gave approval to enact 'The Punjab Slum Dwellers (Proprietary Rights) Act, 2020.

Disclosing this here today, a Spokesperson of the Chief Minister's Office said that the management of slums in the urban areas of the state was an area of major concern for the sustainable growth of the cities. Further, the state government was committed to providing basic civic amenities and propriety rights to slum dwellers, as also to the other residents of the state.  The said legislation would be instrumental in ensuring all-round development of urban areas, besides providing basic civic amenities to the slum dwellers.

The council of ministers felt that multipronged efforts were required to improve the quality of life of the people living in the slums for their overall development, as well as of the city or town in which the slums are situated.

Notably, several slums have unathorisedly come up in the state in recent decades. Being under unauthorized occupation, these slums do not ensure civic amenities to the slum dwellers. The measures for the rehabilitation and/or eviction of the slum dwellers from the land under unauthorized occupation has resulted in litigation in various courts of law, extending through years of legal battles, thus defeating the very purpose of the endeavours initiated in this regard by the Local Government Department.

Meanwhile, in another development, the Cabinet  gave the go-ahead to the enactment of 'The Punjab Management and Transfer of Municipal Properties Act, 2020' to ensure proper and effective management of properties.

The management of municipal properties is particularly significant in the changing times as various demands of all the stakeholders have to be harmoniously integrated.

Pertinently, the management of Municipal Properties is a key to unlocking the potential of the urban areas, as also an important aspect of optimal utilization of resources. The municipal properties have been transferred or let out in the past to allottees as well as tenants, but there has been an absence of a comprehensive legislation in this regard.
There have also been cases of unauthorised occupation of municipal properties, which have continued to be mired in disputes and litigations, further preventing the optimal utilization of the land and also resulting in to loss of revenue to the concerned municipalities.