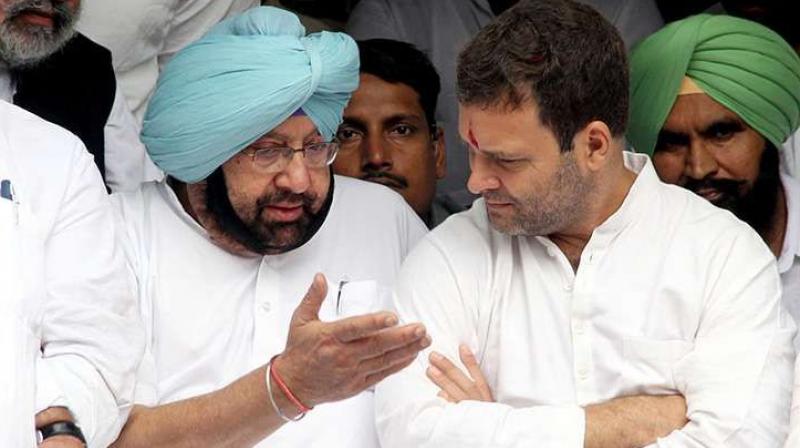 Chandigarh, July 6: Punjab CM Captain Amarinder Singh has backed a young leader to galvanise the Congress in the wake of Rahul Gandhi’s unfortunate resignation as party president. Pointing to the large and growing youth population in the country, the Chief Minister has urged the Congress Working Committee (CWC) to look for Rahul’s replacement in a charismatic Gen Next leader, who can enthuse the people with his pan-India appeal and grassroots presence.

Rahul had shown the way for youth leadership to take the party’s reins and steer it to greater heights, said the Chief Minister, adding that with India leading the world in terms of the largest youth population, it was natural that a young leader would understand and relate to the desires and aspirations of the people more effectively. Any change in the party leadership must reflect India’s societal reality, with 65% of its population under 35, said Captain Amarinder.

Captain Amarinder said Rahul’s decision to stand firm on his resignation was a major disappointment and setback for the party, from which it could recover only under the dynamic leadership of another young leader.  Only a youth leader could revive the grand old party, said the Chief Minister, urging the Congress leadership to keep the energy, infused by Rahul, going.

The Congress needs young blood to galvanise its rank and file, and once again make it India’s preferred and only choice, said Captain Amarinder, in a statement issued here on Saturday. The leadership of the party should be such that it reflects the realignment of its vision to the evolving aspirations of the nation, he added.

A youth leader, with a forward-looking approach, would not only connect better with the large majority of India’s young population but would inculcate the party with a dose of fresh thinking, desperately needed to pull the nation back from the regressive and divisive policies of the ruling BJP, he added.

Captain Amarinder said under the guidance of the experienced party veterans, a young leader, with a visionary approach and modern outlook, would pave the way for the birth of a new India – more vibrant, dynamic and progressive. It was time, he said, for the old to give way to the new, without which the Congress could not effectively tackle the challenges faced today.