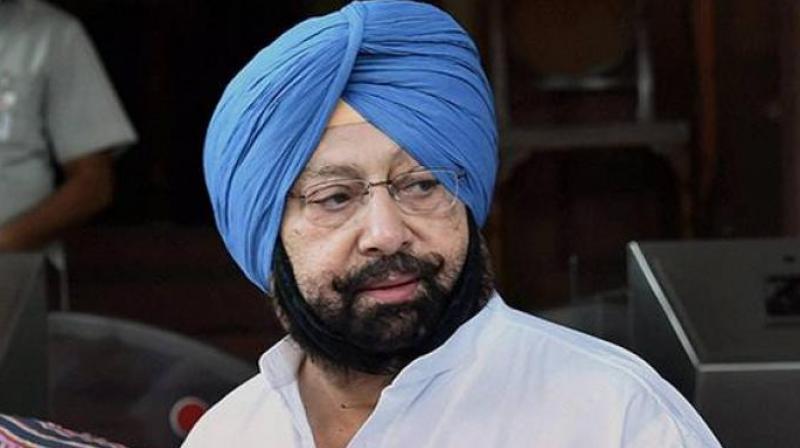 Chandigarh: Warning against indiscipline on the issue, Punjab Chief Minister Captain Amarinder Singh on Saturday asserted that anyone not happy with Harpreet Sidhu’s re-posting as STF chief was welcome to leave the state and seek deputation with the Central Government.

Taking note of reports indicating resentment over Sidhu’s re-appointment, the Chief Minister, who also holds the Home portfolio, said it was his prerogative to transfer/post any police officer in the interest of the state.“If any officer has problems with his orders,  such an officer can say so and seek a deputation with the Centre,” said the Chief Minister, making it clear that he would not allow anyone to scuttle his decision.

The decision to re-appoint ADGP Sidhu as STF chief comes amid reports of drugs becoming an issue again in the state.Captain Amarinder has reiterated time and again that his government remains committed to the elimination of the drug menace.

The Chief Minister has been pleading for a national drugs policy to tackle the problem, which is posing serious concerns for Punjab, where drugs are being smuggled not just from across the Indo-Pak border but also from other states such as Jammu & Kashmir and Gujarat.

While he had not received any complaints on Sidhu’s re-appointment from any quarters, the Chief Minister, reacting to certain media reports, said his decision was motivated by the best interests of the state. Any objection to the move amounted to indiscipline, for which there was no place in any police force, he added.The Chief Minister also denied reports appearing in a section of the press that Sidhu had written to him and sought a central deputation.

Sidhu was the first chief of the STF constituted by Captain Amarinder soon after he took over as Chief Minister in 2017. The STF, under Sidhu, made remarkable progress in dealing with the problem drugs, which had assumed menacing proportions under the BJP-SAD rule, to destroy many young lives.