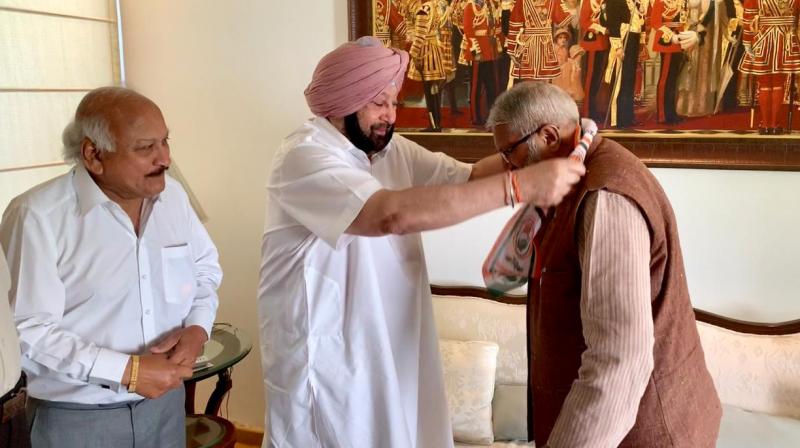 Chandigarh, April 28: Punjab Chief Minister Captain Amarinder Singh on Sunday welcomed former Congress MLA Vijay Kumar Saathi back into the party fold, pointing out that the influx into the Punjab Congress was a sign of the growing disenchantment within other parties active in the state’s political arena.

Vijay Saathi, who had unsuccessfully contested for the Congress from Moga in 1997, had quit the primary membership of the party in January 2015, along with several others in support of former MP Jagmeet Singh Brar. Brar’s unilateral decisions to join TMC and Shiromani Akali Dal (SAD), without consulting his supporters, had disillusioned him completely, said Saathi, expressing himself to be relieved at being back `home’. 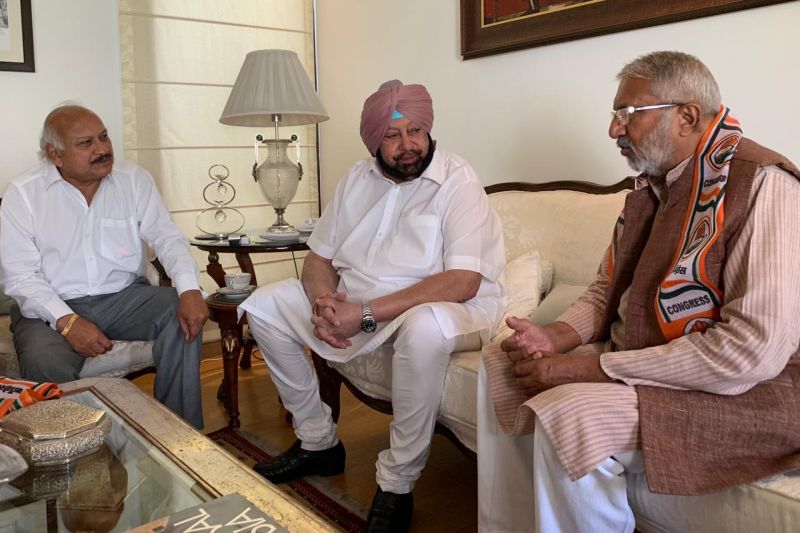 Saathi promised to work hard for the success of the Congress

Saathi, a former Janata Dal MLA from Bagha Purana, promised to work hard for the success of the Congress in these parliamentary polls, and thereafter. Captain Amarinder said he was happy to have Saathi back in Punjab Congress just days ahead of the Lok Sabha poll in the state, and was confident the party would benefit from his experience.

Ridiculing allegations by Aam Aadmi Party (AAP) of the Congress loosening its purse strings to get MLAs, the Chief Minister asked: “Why would Congress need more MLAs in Punjab? We already have a majority in the Assembly.”Citing the video released by Bhagwant Mann, which showed the AAP leader literally begging his MLAs to stay back, Captain Amarinder termed it a clear sign of his desperation.

“It is a case of sheer frustration over AAP’s complete failure to mop up support and keep the party intact in Punjab.” AAP had lost its narrative totally in Punjab and was reduced to indulging in all kinds of gimmickry and fabrications in a desperate bid to retain some semblance of being a serious party, he added. AAP just does not exist in Punjab any more, and the sooner they accept this fact the better it would be for them, said the Chief Minister, adding that hurling false accusations at the Congress was not going to help them regain lost ground.