PUNJAB CM CALLS FOR FREEDOM FROM DRUGS ON INDEPENDENCE DAY 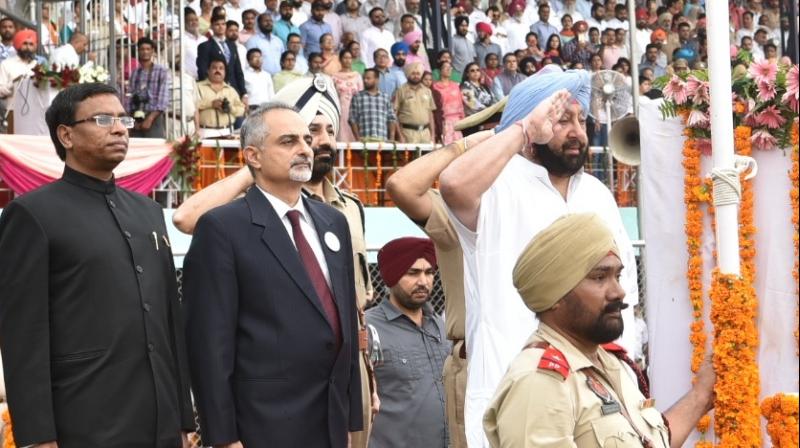 The Chief Minister, who unfurled the tricolour here’, also launched the  second phase of Loan Waiver Scheme for farmers against loans taken  from commercial banks, besides rolling out the Bhai Ghanayia Sehat Sewa Yojana. 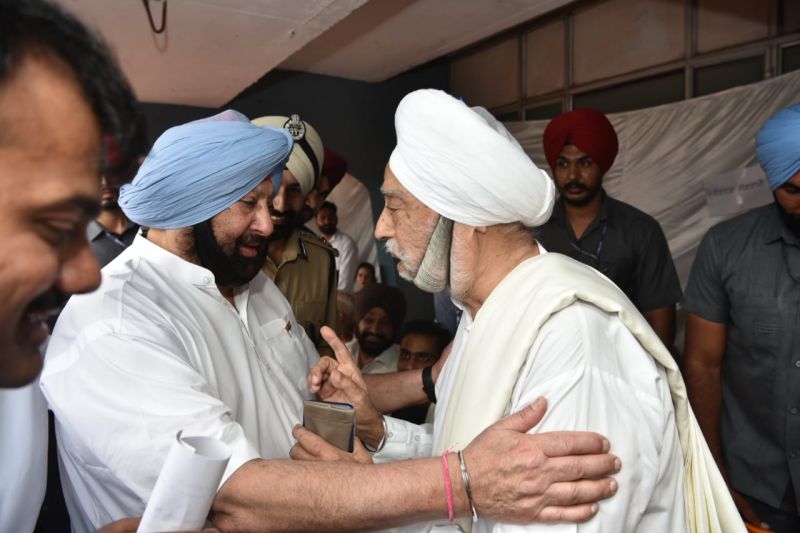 CM of Punjab with others

In his speech after inspecting the parade and taking salute from the march past, the Chief Minister called upon the people of Punjab to take a pledge on this momentous occasion to wipe out the menace of drugs from the state to secure the healthy future of the coming generations.

Lauding the encouraging results of Special Task Force to check drug abuse in Punjab, the Chief Minister said that after the great success of Drug Abuse Prevention Officers programme, ‘Tu Mera Buddy’ would further take the anti drugs campaign to the grassroots level with the healthy participation of students, who would spread awareness about the ill-effects of drug abuse across the state. 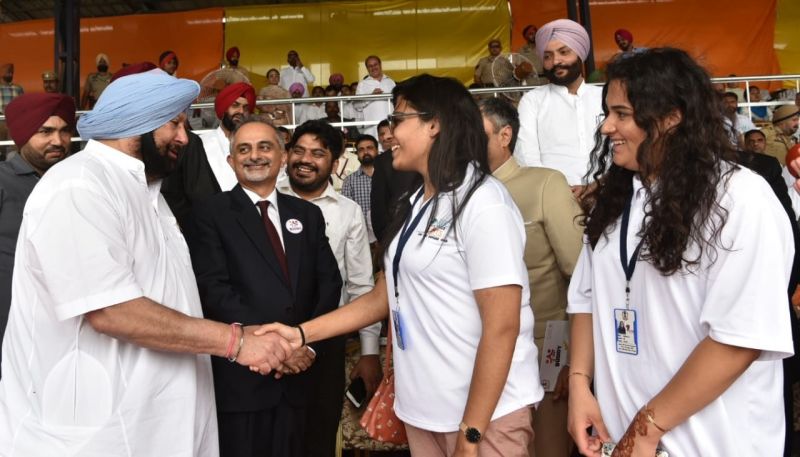 CM of Punjab Captain Amarinder Singh with others

The project will involve principals, teachers, students and their parents. It is based on mutual interest and positive construction for a healthy and productive school environment. The buddy project will be led by class teachers and will be supervised by the principals and district education officers (DEOs).

The Chief Minister reiterated his government’s zero tolerance against drugs and warned that those involved in exploiting and ruining the youth would not be spared at any cost. Nearly 20,000 cases have been registered under the NDPS Act, involving about 22,000 drug peddlers and distributors, while the State is working to ensure forfeiture of illegally acquired property of drug traders and to secure death penalty for them, said the Chief Minister.

Expressing satisfaction over the positive results of 118 Outpatient Opioid Assisted Treatment (OOAT) Clinics started in the State for regular treatment of addicts, the Chief Minister said that another 80 OOAT Clinics would be set up  by September this year. He said that 26000 addicts have been treated so far in these clinics and the OPD footfall has been more than 5.3 Lakh.

Unveiling the Bhai Ghanhya Sehat Sewa Scheme, the Chief Minister handed over cards to some of the beneficiaries of the scheme, aimed at providing  cashless healthcare facilities and treatment to members of the Cooperative societies and their families across the state. Every beneficiary is entitled to cashless treatment up to Rs. 2 lakh on family floater basis in any approved hospital,  and on reimbursement basis in any government hospital in Punjab. 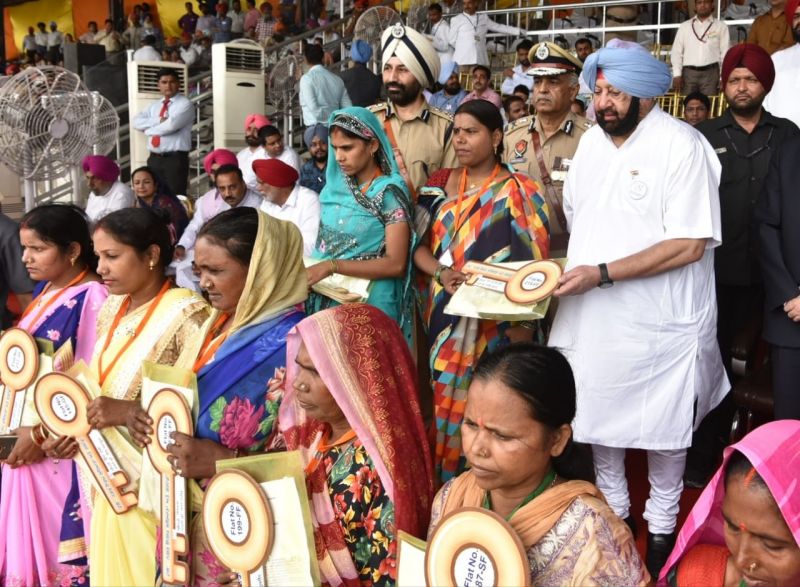 Launching the second phase of the Debt Waiver Scheme, the Chief Minister handed over Waiver certificates to 10 farmers to extend to them the benefit of outstanding loan waiver of commercial banks up to Rs 2 lakh. The debt waiver scheme would cover crop loan disbursed to farmers in the state by scheduled commercial banks, cooperative credit institutions, including urban cooperative banks and regional rural banks, collectively called as the 'lending institutions'.

The Chief Minister said that these farmers were expected to be provided total relief of Rs 1000 crore.Handing over keys and allotment letters of flats constructed under BSUP scheme to 10 beneficiaries out of 750 under Punjab Shehri Awas Yojana, Captain Amarinder Singh said  the new housing scheme would provide free home facilities to eligible candidates from SC/ST/BC communities in urban areas in the state. The flats have been constructed at Vishwakarma Colony, Khokha Market. 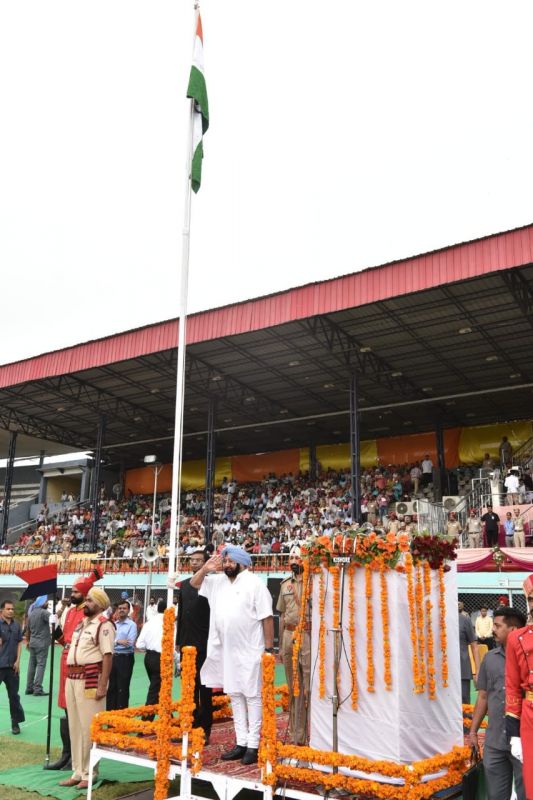 The Chief Minister handed over these machines to three farmers of Ludhiana. The agriculture department has placed an order of 500 such machines, which would be provided to farmers in the next two months for the management of crop residue, he added.
Reiterating his resolve for revival of industry, the Chief Minister said that his Government was making all possible efforts to revive the State's economy. 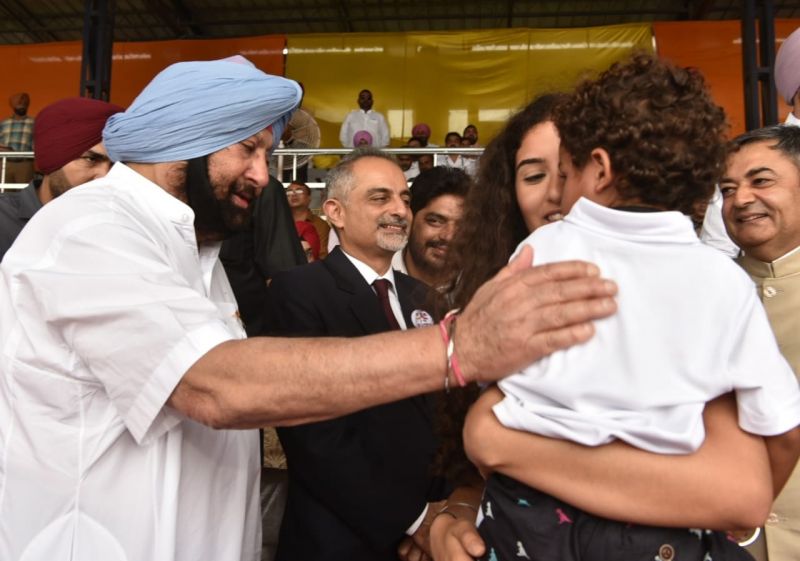 from 1,00,022 in 2016 to 1,28,818 in 2017. Punjab has signed 305 MoUs during the last 16 months for investment of Rs 50,650 crore with an employment potential of about 1 Lakh, said the Chief Minister.With a promise to further increase employability for the state’s youth, Captain Amarinder Singh said that under his Government’s flagship Ghar Ghar Rozgar program nearly 2 lakh jobs had been provided to the youth and the government aimed  to create about 3.00 lakh jobs during the year 2018-19.