MODI HAS NO RIGHT TO SEEK VOTES FROM PUNJAB, SAYS CAPT AMARINDER MODI HAS NO RIGHT TO SEEK VOTES FROM PUNJAB

Patiala: Hours before Narendra Modi was scheduled to arrive in Punjab to campaign for BJP-SAD, Chief Minister Captain Amarinder Singh went on a major offensive to corner the Prime Minister over his audacity in seeking votes from the people of the state, for which he had done nothing. 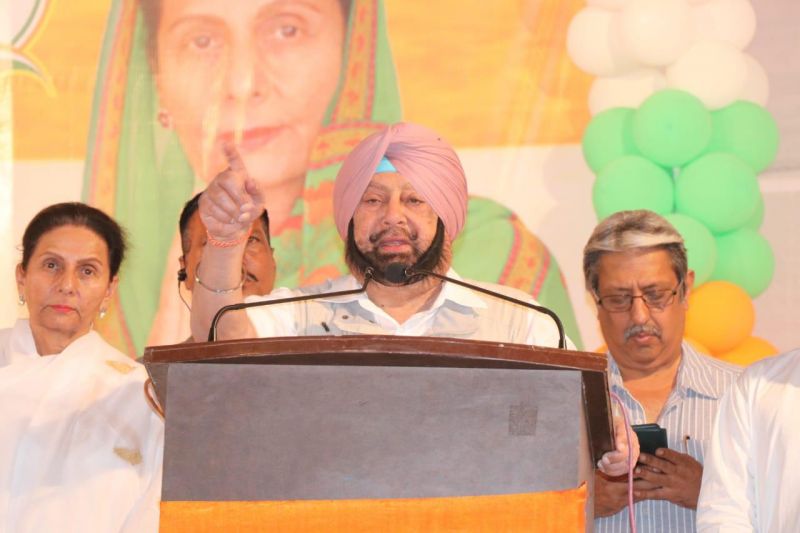 Talking informally with mediapersons on the sidelines of his rally in support of Congress candidate Preneet Kaur in Pratap Nagar here, the Chief Minister said Modi had no moral right to ask for votes in Punjab, for which he had done absolutely nothing and whose people he had left to fend for themselves despite the acute problems faced by them.

The Modi government did nothing for Punjab or its people in the last 2 years and 2 months since the Congress government took over in the state, despite repeated requests personally by him, showing a total lack of callous selfishness, said the Chief Minister earlier at the rally, asserting that his government was left to fend for itself despite the massive debt legacy left behind by the erstwhile BJP-SAD government. 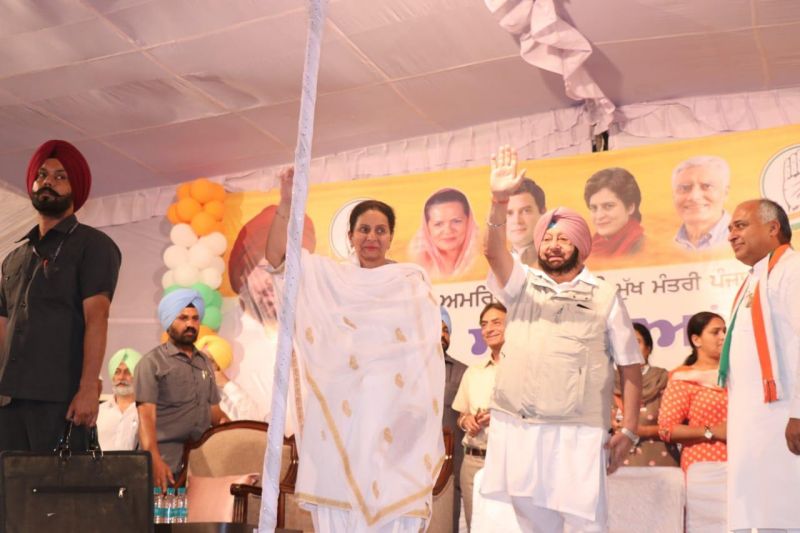 Not only had the state gone ahead with its promised farm loan waiver scheme but had expanded the primary health insurance cover to 42 lakh families instead of the mere 14.96 lakh SECC families covered under the Pradhan Mantri Jan Arogya Yojana, Captaim Amarinder pointed out.

Describing Modi as a self-obsessed man, the Chief Minister drew a sharp contrast between the Prime Minister’s handling of the Balakot success and Indira Gandhi’s achievement in splitting Pakistan to create Bangladesh during the 1971 war. The nation has seen how Modi has ruled in the past five years, destroying every institution and ruining all sections of the society with his ill-conceived policies, such as demonetisation and GST, he added. 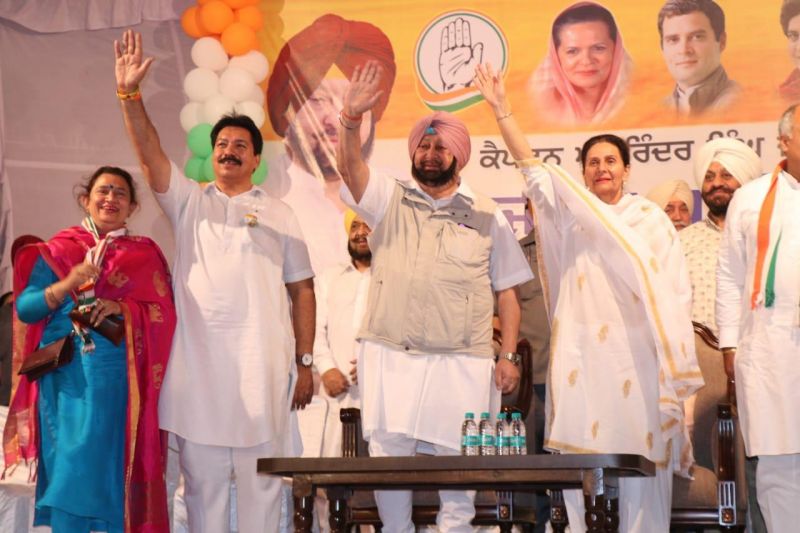 Captain Amarinder compared Modi’s partisan style of functioning to that of Dr. Manmohan Singh, pointing out that the latter conceded all demands of the Akali government and, when he (Captain Amarinder) pointed this out, he was told that as Prime Minister, it was Dr Singh’s duty to support all states.

Stressing the need for change, the Chief Minister said the fate of the country was now in the hands of the people. The nation’s growth rate had been put in the reverse direction, and every citizen of India was suffering under the Modi regime, he added.

Referring to the Rs 31,000 food credit issue, the Chief Minister said the self-serving Akalis had put an unnecessary burden on the state by agreeing to convert the amount to a loan just ahead of the Assembly elections. Despite his government taking up the issue at all levels, including meetings between the finance ministers, nothing had been done by the central government to ease the burden, he pointed out. 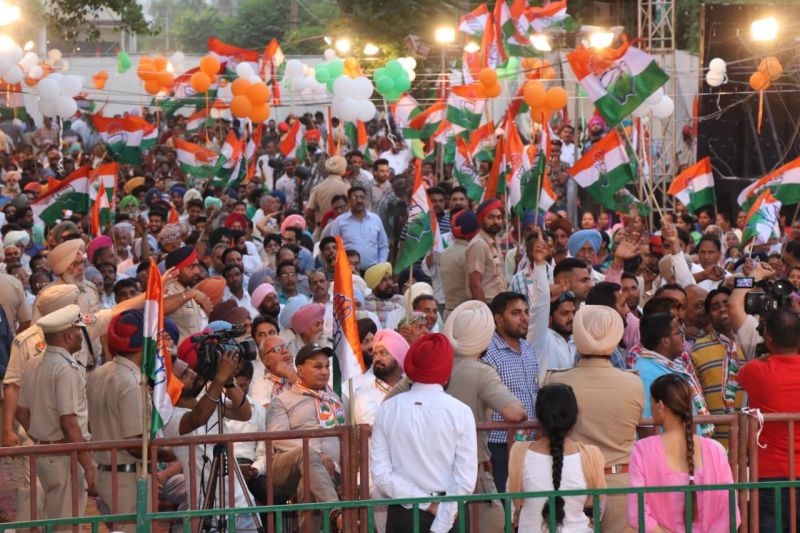 Lashing out at the Akalis for their petty thinking in ignoring the development of his home constituency of Patiala, Captain Amarinder said Patialvis were his family and he would continue to ensure their welfare. His government, he said, have cleared several projects for Patiala.

Reiterating that all promises made by the Congress before the Assembly polls would be fulfilled, the Chief Minister pointed out that his government would fill up all the 1.2 lakh government vacancies that the Akalis had failed to fill.  Industry and investment was being revived and the stage was set for disbursement of the promised smart phones to youth, he said, pointing out that his government still had nearly three years to bring Punjab back to the number 1 ranking it had proudly held before the Akalis, helped by the BJP, ruined it.

Earlier, Preneet Kaur also came down heavily on Modi over his fake promises and his destructive decisions, such as GST and demonetisation. Modi’s attack on Late Rajiv Gandhi had showed the depth to which he could stoop in his desperation to woo voters, who were completely disillusioned by his failure to meet even a single promise made to the people of India. 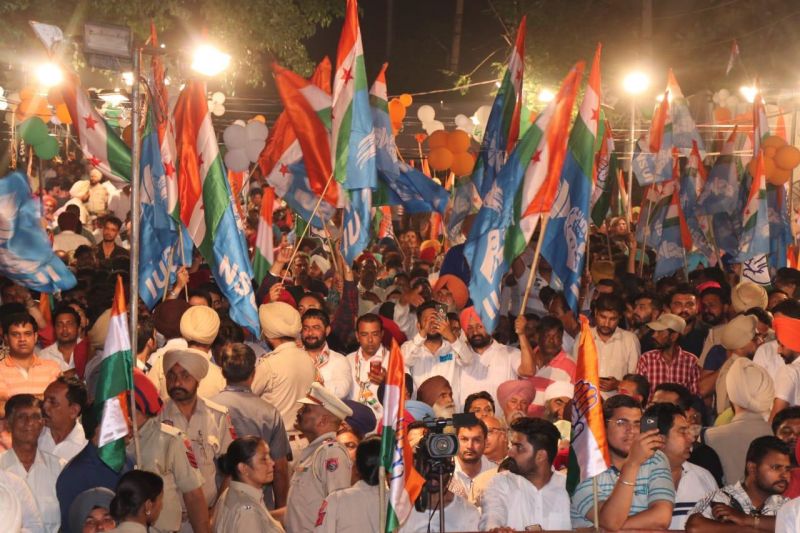 She also lashed out at the Akalis for completely ignoring Patiala, as it was the home of Captain Amarinder, during the 10 years of their rule. The Congress government has launched several development projects, to the tune of Rs. 200 crore, which were currently under way, she pointed out, adding that she would continue to work unwaveringly for the welfare of Patiala’s people.

Later, the Chief Minister addressed another rally at Diesel Component Works (DCW), Patiala, appealing to the people to send Preneet to Lok Sabha with a thumping majority so that she could raise their voice in Parliament.