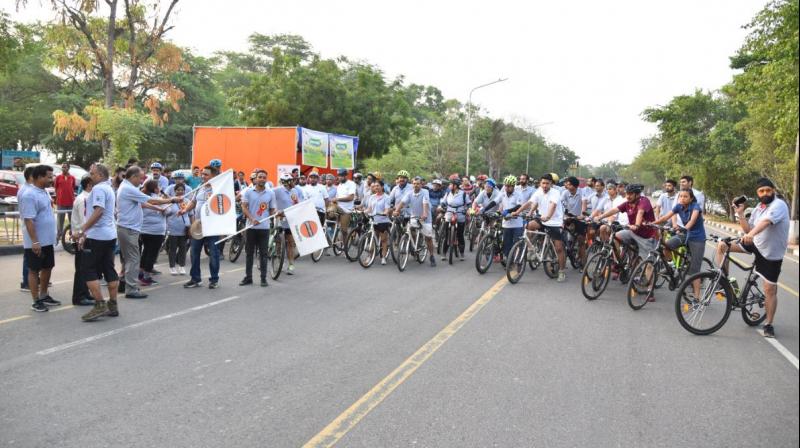 Chandigarh, July 7: The Indian Oil Corporation Limited (IOCL) organized a ‘Cyclothon’ under the Swachh Bharat Abhiyan keeping in view the aim of fuel conservation. The mega event saw the participation of more than 100 cyclists. The Cyclothon commenced from Sukhna Lake and passed through Sector  2, 11, 15, 16, 9, and 8 coming to culmination at the Sukhna Lake itself. All the participants were awarded certificates. 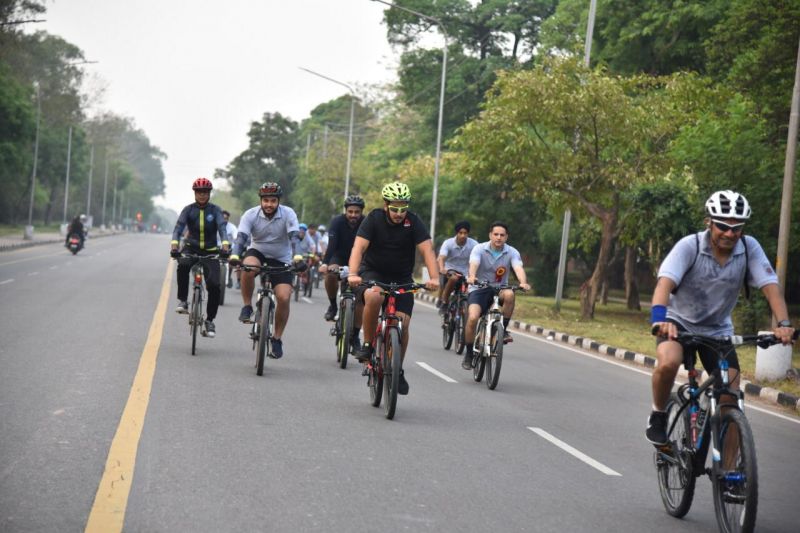 The unique feature of the event was the participation of the senior officers of the IOCL namely General Manager (HR) Mr. Sunil Kumar Negi, General Manager (CSR) Mr. Arun Khanna and Hockey Olympian and Arjuna Awardee Mr. Prabhjot Singh (Senior Manager), International Hockey player Mr. Baljeet Singh (Baljeet Dadwal). The sporting legends exhorted the young generation on the occasion to channelize its entire energy towards physical fitness as a it is a sound body in which a sound mind lives.