One ITBP personnel, among the eight injured in yesterday's landslide in Lower Siang district of Arunachal Pradesh... 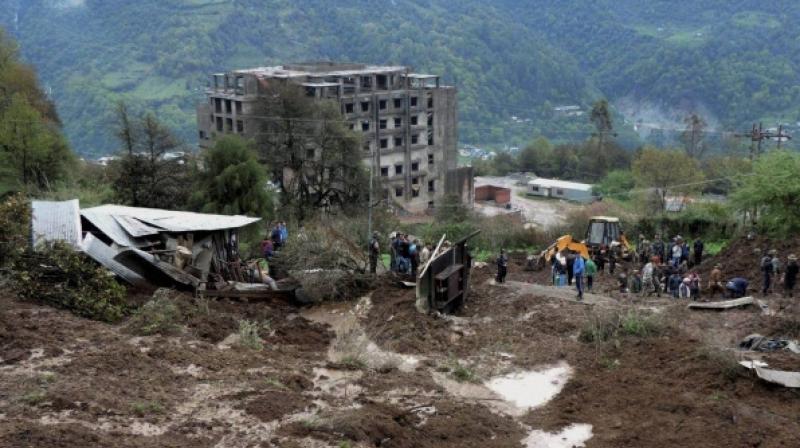 One ITBP personnel, among the eight injured in yesterday's landslide in Lower Siang district of Arunachal Pradesh, succumbed to his injuries today, raising the death toll to five, a police officer said. Out of the eight injured, the condition of two personnel was critical, the officer said.  The two critically injured Indo Tibetan Border Police (ITBP) personnel were initially taken to the Army hospital at Likabali, and later, referred to a hospital in Assam's Dibrugarh yesterday, Superintendent of Police (SP) of Lower Siang Singjatla Singpho said, adding that one of them died there this morning. 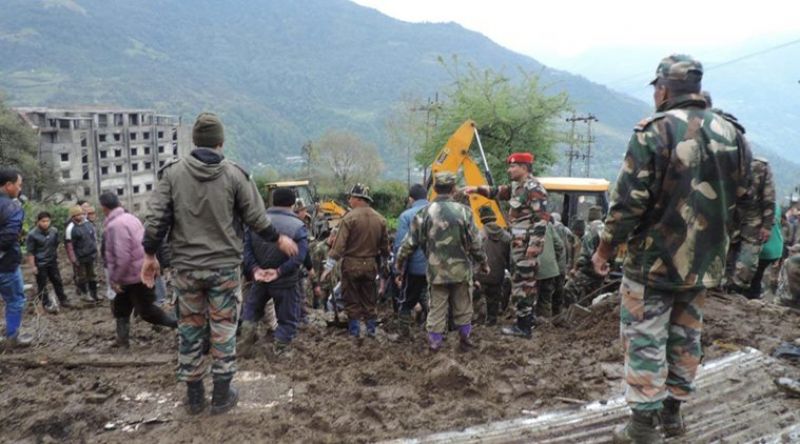 One ITBP personnel, among the eight injured in yesterday's landslide

The other six personnel with minor injuries were treated at the local community health centre, Singpho said. Four ITBP personnel were killed when a huge boulder, loosened by monsoon rains, rolled down a mountain and hit their vehicle on the Basar-Akajan road in Lower Siang district of Arunachal Pradesh yesterday. The boulder rolled down the mountain slope and smashed the minibus carrying 20 ITBP personnel. 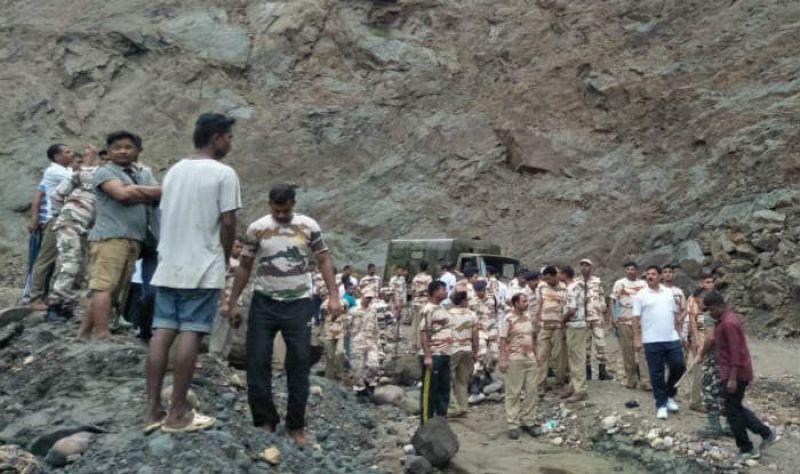 The boulder rolled down the mountain slope and smashed the minibus

The incident occurred at 2.30 pm, about 5 km from Likabali, the district headquarters of Lower Siang when they were on way to it from Basar in West Siang district. This was the second landslide-related incident in the state within five days. The toll due to landslide this monsoon has risen to nine. On June 24, five laborers were buried alive when a retaining wall of an under-construction RCC building collapsed on a labor barrack at Donyi Colony here.