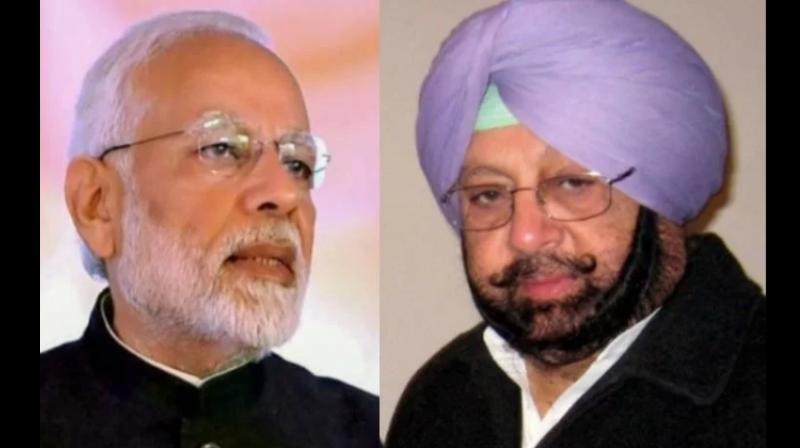 Chandigarh, 15 June 2019: Expressing concern over the water crisis in Northern India, Punjab CM Capt. Amarinder Singh on Saturday sought the Prime Minister’s support for the upgradation of his state’s water distribution infrastructure, while calling for a fresh river waters tribunal to address the disputes among neighbouring states in view of their dwindling water availability.

The Chief Minister, in his speech circulated at the NITI Aayog Governing Council meeting, which he could not attend owing to indisposition, suggested a fresh water rivers tribunal to resolve water related tensions among states. He has also called upon the Prime Minister to provide a one-time debt waiver to mitigate the distress of indebted farmers.

He urged the Government of India to increase the annual assistance under PM-KISAN from Rs. 6000/- to Rs. 12,000/- per farmer, and to also include farm workers in its sweep. He also thanked the NITI Aayog for acknowledging the State’s initiative, `Pani Bachao, Paisa Kamao’.

Another significant issue raised by the Chief Minister related to assistance for proper development of Punjab’s border areas, which he said was a national responsibility. Captain Amarinder regretted that the Centre had not taken any action on the state’s similar demand, for a special package for border areas, raised in the last two meetings. He also called for greater inter-State cooperation to effectively tackle cross-border crimes.

Captain demanded increase in the deployment of paramilitary forces along the Punjab border as well as a special financial assistance package for upgradation of police in the border areas, where it formed the second line of defence.Meanwhile, in a letter to Prime Minister Narendra Modi, the CM said that Punjab, in particular, was witnessing an alarming degree of over-utilization of ground water, mainly due to the extensive cultivation of paddy which supports national food security.

Captain Amarinder pointed to the estimates of the Central Ground Water Authority that the over-utilization of underground water in Punjab had risen to an alarming level of 168% of the recharge. Further, the canal irrigation system in Punjab, which forms the bedrock of the State’s agriculture, was showing signs of ageing, indicated by reduced water carrying capacity and longer maintenance periods, he added.

To address and mitigate this imminent water crisis, the State Government was taking several urgent measures to reduce consumption of water, conserve water, improve the efficiency of water utilization, and improve water infrastructure in the State, said the Chief Minister. Several schemes had been framed by the State Government and presented to Government of India for assistance under its flagship programmes, amounting to Rs. 20,758 crores, he pointed out.