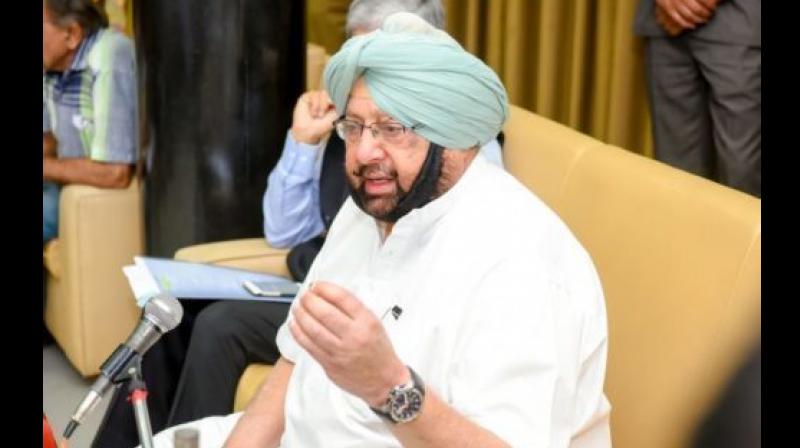 Chandigarh, June 15: Urging Meghalaya Chief Minister Conrad Sangma to ensure all necessary steps to provide protection to Punjabi settlers in the North-Eastern state, Captain Amarinder has decided to immediately rush a four-member delegation to the state to resolve the issues concerning the settlers. The delegation, to be headed by Water Resources Minister Sukhbinder Singh Sarkaria, will meet the CMand other concerned people in Meghalaya, an official spokesperson said here on Saturday.

The delegation will include MPs Ravneet Singh Bittu and Jasbir Singh Gill, along with MLA Kuldeep Singh Vaid. DS Mangat, Special Secretary, Planning, has also been directed to accompany the delegation, which the Chief Secretary has been asked to coordinate.The directions come amid media reports that the settlers have received threats from certain local banned terrorist organizations warning them of dire consequences if they resisted the State Government’s attempts to evict them.

“These reports have naturally caused great concern back in Punjab as these families have been settled in Shillong long before the country’s independence,” said Captain in a letter to Sangma requesting him to initiate urgent measures to instill a sense of security among the Punjabi settlers.

Underlining the sensitivity of the issue, the Punjab Chief Minister stressed the need for it to be carefully and amicably resolved to the satisfaction of all parties. He said it was important that the issue not be allowed to acquire a religious or parochial colour.

In his letter, Captain Amarinder referred to the visit to Meghalaya last year by a  Punjab delegation headed by Cooperation Minister to meet the Chief Minister on the same issue. The delegation had also met the settlers as well as other officials in the Government and was assured by all quarters that due regard would be taken not to displace them.