Mayawati dials Akhilesh amidst reports that CBI may quiz him 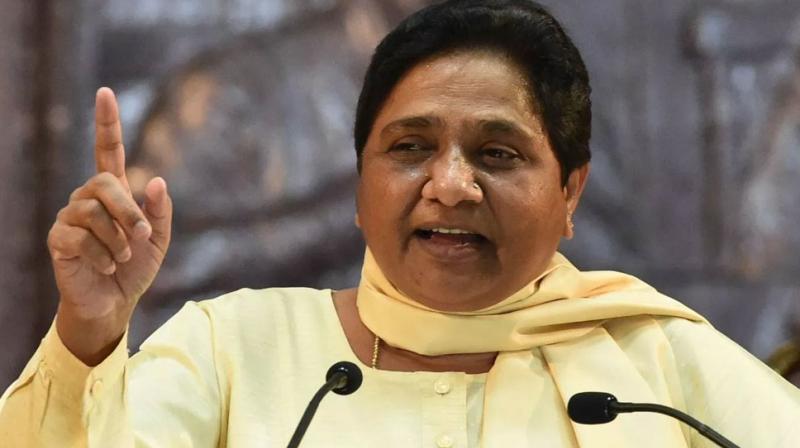 Lucknow, Jan 7:Ahead of a formal announcement of a pre-poll alliance, Bahujan Samaj Party (BSP) chief Mayawati dialled Samajwadi Party (SP) supremo Akhilesh Yadav and extended her full support to him after reports emerged that he might be quizzed by the CBI in connection with the mining scam.

"Do not be shaken by such gimmicks," Mayawati told Akhilesh, while terming the reports as "political animosity" of the ruling Bharatiya Janata Party (BJP). "The CBI raids and the threat of quizzing by the CBI in the mining scam are nothing but political animosity of the BJP.

Such petty politics and political conspiracy are not new for the BJP. The people of the country have understood it and they will teach the BJP a lesson in the Lok Sabha polls," the BSP chief said in a press release. The release added that Mayawati called up Yadav on Sunday and talked to him on the issue.

■Bulandshahr violence due to UP govt's irresponsible, wrong policies: Mayawati
■BSP will rather fight alone than beg for seats in alliance: Mayawati
■Will unite Opposition to make Mayawati PM: Om Prakash Chautala
■Mayawati's decision to go alone in MP will not impact Cong prospects: Rahul
Advertisement