Grand Event: Launched the music of Ardaas Karaan with great pomp and show

Sunday Night, the much loved City Beautiful, witnessed a spectacle when all renowned names 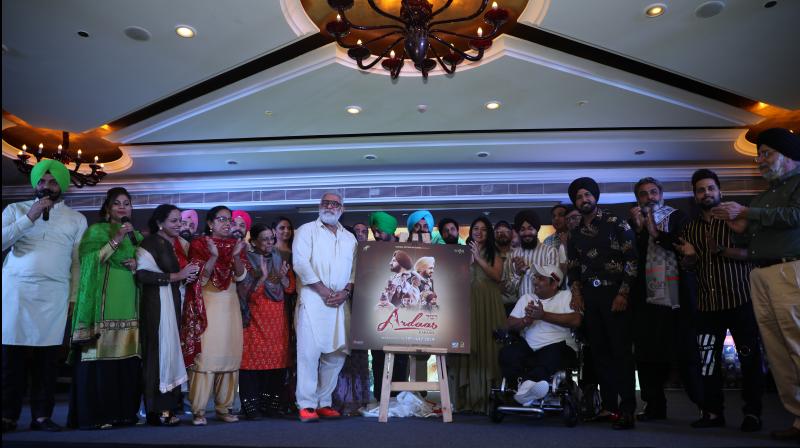 10 July 2019: Sunday Night, the much loved City Beautiful, witnessed a spectacle when all renowned names from the Punjab Film Industry came together for the Grand Music Launch of the film Ardaas Karaan, hosted by Saga Music, and Humble Motion Pictures.

Last year, in January 2018, Saga Music had organized a star studded event called the ‘Saga Nights’ where the entire film fraternity was invited and everyone made it to the event. This year, yet again, keeping the tradition alive; Saga Music and Humble Motion Pictures have together launched the music of Ardaas Karaan with great pomp and show. This event was about everything grand, filled with some amazing performances. 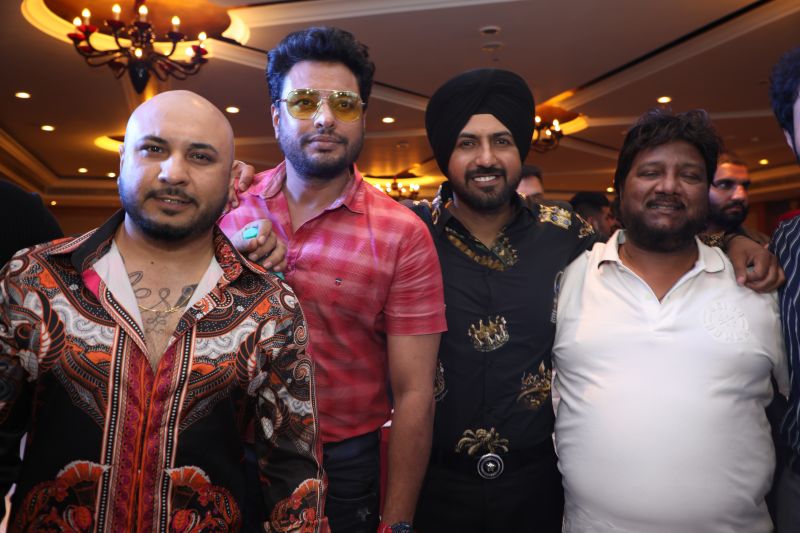 The music launch event witnessed the presence of the film’s star cast, namely Gippy Grewal, Gurpreet Ghuggi, Sapna Pabbi, Japji Khaira, Yograj Singh, Sardar Sohi, Malkit Rauni, Gurpreet Bhangu, Seema Kaushal, and the most versatile singer Sunidhi Chauhan graced the occasion with her presence. To the audiences’ surprise, Sunidhi Chauhan crooned the song ‘Satgur Pyare’ Live amongst all. This was the first track which was released on the official YouTube channel of Saga Music.

In addition to this beautiful song, there was a heartwarming skit performance by the little children. It was a feast to the eyes to watch the little kids perform in front of such great audience. The event attendees were surprised by getting to see the yet to release songs & chapter from the film. Revealing a little about the surprise elements in the film- there’s a song sung by none other than the man himself Gippy Grewal, a song by Sharry Maan, a yet to witness Chapter 2- another insightful trailer from the film. 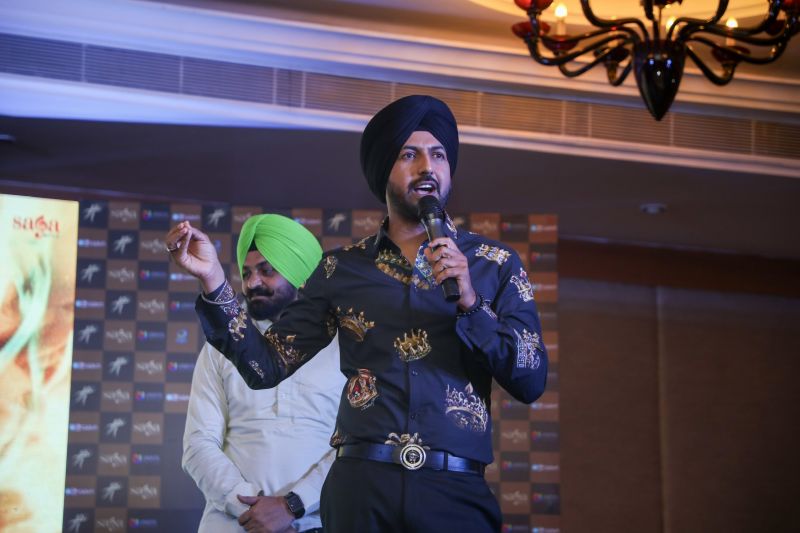 Official video of the film’s second chapter, and the song by Gippy Grewal in the film was unveiled at the Music Launch event. Breath-taking and electrifying bhangra performances on the 2 yet to be released tracks of Gippy Grewal and Sharry Maan were definitely an icing on the cake.

The film is bound to take one and all through emotional peaks and troughs, giving some food for thought to the old as well as the millennial generation. The film seems to be a fine blend of some lighthearted scenes and few where it would be a tough deal to stop those tears from rolling down. This insight into the film has raised the hopes and expectations of each and every one.

‘Ardaas Karaan’ is a Humble Motion Picture presentation, written, directed, and produced by Gippy Grewal, co-produced by Ravneet Kaur Grewal. Film’s dialogues have been written by Rana Ranbir, who has also along with Gippy Grewal has written the film’s story and screenplay. Gippy Grewal, a versatile iconic figure has the power to nail every role he is cast into.

He has donned the director’s hat, yet again after Ardaas, for this film. The music has been given by Jatinder Shah, and lyrics have been written by Happy Raikoti and Ricky Khan. Renowned singers like Gippy Grewal, Sharry Mann, Ranjit Bawa, Sunidhi Chauhan, Nachhatar Gill, and Devenderpal Singh have lent their voices to the various songs of this film.

The film’s music is released by, Mr. Sumeet Singh owned, Saga Music known for holding a strong vision of offering meaningful cinema to the world, and marking the presence of Punjab as a repertoire of knowledge-worthy content. Worldwide digital and satellite distribution will be done by Unisys Infosolutions and Saga Music.