The Indian duo of Manu Bhaker and Om Prakash Mitharwal missed out on a medal and finished fourth in the 10m mixed team air pistol event. 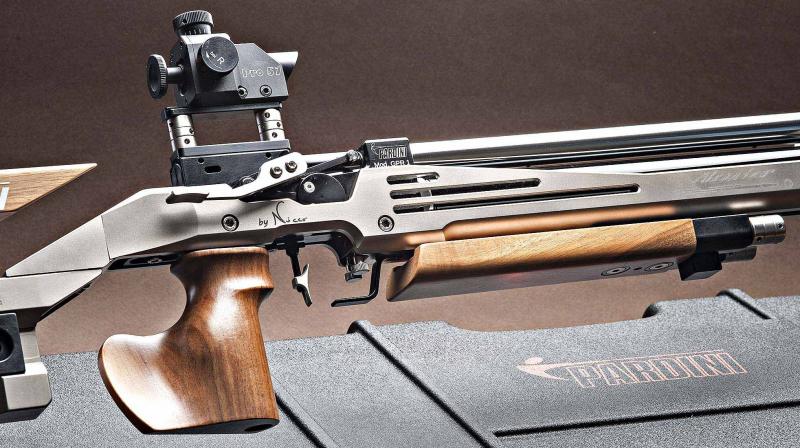 The Indian duo of Manu Bhaker and Om Prakash Mitharwal missed out on a medal and finished fourth in the 10m mixed team air pistol event after shooting a qualification world record in the ongoing ISSF World Cup here today. This was India's fourth fourth-place finish in the World Cup stage 2.

The pair had earlier shot a qualification world record in the event, shooting a combined 778 to claim the record by a point from the German couple Christian and Sandra Reitz, who won silver after qualifying in fifth place.

The Chinese pair of Xiaojing Ji and Jiayu Wu won gold with a world record score of 487.7 in the finals. Serbia's Damir Mikec and Zorana Arunovic won bronze.

Eight Indians have so far reached seven finals at the Changwon International Shooting center, including in two team events, but so far only Shahzar Rizvi has won a medal -- in the men's 10m air pistol.

This will be the same range where the World Championships, the first quota competition for the Tokyo 2020 Olympics, will be held in four month's time.

In the first medal event of the day, India's Sanjeev Rajput made it to the finals of the men's 50m rifle 3 positions event to finish eighth eventually.

He was never in the groove and was the first to bow out of the 45-shot medal round won by Rio Olympics silver medallist Sergey Kamenskiy of Russia.

Sanjeev had earlier shot a solid 1178 to qualify in sixth place among eight finalists.

Two other Indians in the men's 3P among the 76 strong qualification round line-up -- youngsters Akhil Sheoran and Swapnil Kusale -- shot 1172 and 1171 to finish 17th and 24th respectively.

Also, in the mixed team pistol, the Indian pair of Heena Sidhu and Rizvi finished 19th in qualification with a score of 762.