Punjab govt had only sent list of all long-term TADA prisoners to Centre, says Capt 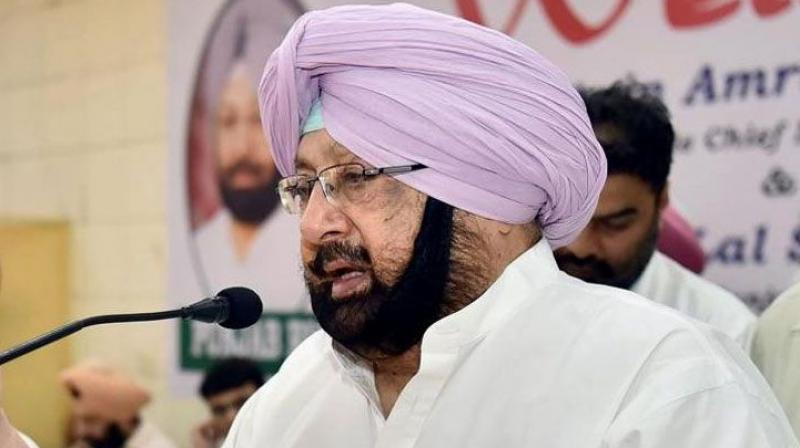 Ludhiana: Punjab Chief Minister Captain Amarinder Singh on Monday made it clear that his government had merely sent to the Union Home Ministry the list of all long-term TADA prisoners, and had no role in the Centre’s reported decision to release Beant Singh’s killer or any other particular prisoner.

His government, said the Chief Minister, had only sent the list of 17 TADA prisoners held in Punjab, as required by the Centre, which had taken an independent decision on the release of the prisoners. In fact, he said, the state government was yet to receive the names of the nine prisoners who the Ministry of Home Affairs had decided to grant special exemption.

Captain Amarinder was responding to questions on the Congress stand on media reports suggesting that former chief minister Beant Singh’s killer, Rajoana, was among the eight prisoners that the Centre had decided to release, as a humanitarian gesture on the 550th Prakash Purb of Sri Guru Nanak Dev ji. Rajoana was in the list of the 17 submitted by the state government to the Centre as he was a TADA prisoner who had completed more than 14 years in jail, like the other prisoners on the list, he added.

The Congress stand on Beant Singh’s killers had always been clear and consistent – that they should serve their full sentence, said Captain Amarinder. He, however, added that he was personally against death penalty, which he had said back in 2012 too. All cases of death penalty should be commuted to life imprisonment, in his personal opinion.

On reports of threat to Punjab’s peace from the released TADA prisoners, the Chief Minister declared that he would not let anyone disturb the peace and harmony of the state. “As an ex-Army man, I can assure the people that we are fully prepared to counter any threat and will not let the peace of Punjab be disturbed under any circumstances,” he said.

Pointing out that Pakistan was also striving to destroy Punjab’s hard-earned peace by pushing terrorists and weapons into the state, Captain Amarinder said his government would take all possible steps to tighten security further, as necessary. The Chief Minister rubbished charges of the Congress promoting Khalistan, saying those were not even worth commenting on.

The Chief Minister, who was accompanying Congress candidate Sandeep Sandhu for filing of his nomination papers for the Dakha bypoll, exuded confidence that the party would sweep all the four by-elections in the state. The Congress was totally united, and the people of Punjab were with it, he asserted, adding that the party was receiving favourable inputs from all the four seats.

Describing Dakha as “my own constituency”, the Chief Minister said Sandhu, who had been committedly working for the party for the past 12 years, would ensure the development of the region and its people once elected.

In an informal chat with mediapersons, the Chief Minister dismissed the allegations of Harsimrat Kaur against his government, saying she was a totally incompetent minister and if he had been in Narendra Modi’s place, he would have removed  her from the Union Cabinet a long time back. She and her brother, Bikram Majithia, were inept and incapable, he quipped, when asked to comment about certain allegations made by the latter.

To a question on the prevailing speculation that SAD and BJP would split in Punjab, Captain Amarinder said it was up to the Badals or Modi to comment on this.