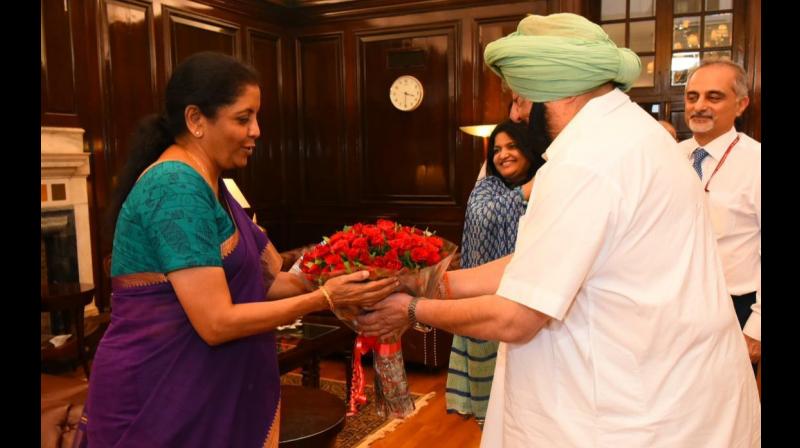 New Delhi, June 28: A day after her cabinet colleague Ram Vilas Paswan acceded to Punjab CM Captain Amarinder Singh’s request for a joint meeting with the finance ministry to resolve the Rs 31000 crore food account debt legacy issue, Union FM Nirmala Sitharaman also agreed to the proposal. Sitharaman told Amarinder Singh, who called on her this afternoon, that the meeting could be arranged after the budget session as the Centre was also keen to settle the issue once and for all.

The Chief Minister informed Sitharaman that Union Minister for Consumer Affairs, Food and Public Distribution, Ram Vilas Paswan, had already accepted his proposal for a joint meeting on the matter. She responded positively, said the Chief Minister, in response to a question later from mediapersons. 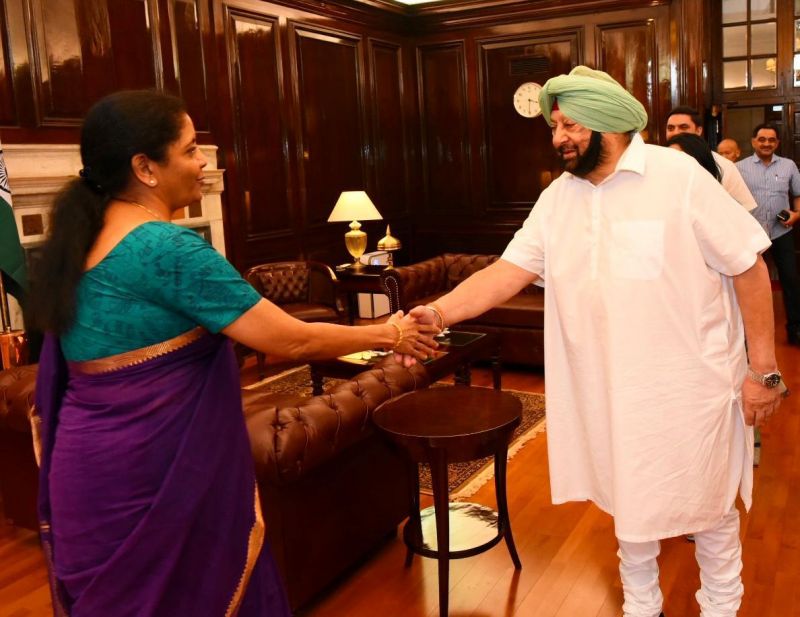 The Chief Minister also urged the Finance Minister to announce another AIIMS for Punjab to strengthen the state’s healthcare and medical education system. He proposed setting up the second AIIMS in the state in either Ludhiana or Jalandhar, dedicating the institution to Sri Guru Nanak Dev ji on the sacred occasion of the first Sikh Guru’s 550th Prakash Purb.

Sitharaman asked Captain Amarinder to submit a formal proposal on the same and assured him of her consideration, said an official spokesperson after the meeting. Later, in an informal chat with mediapersons, the Chief Minister said the Home Minister had responded very positively yesterday to his request to press Pakistan on the construction of a bridge over Rabi to facilitate pilgrims passing through Kartarpur Corridor.

Asked if he had raised the issue of a special package for Punjab with Sitharaman, Captain Amarinder said the matter was not discussed today but he had already written to the prime minister seeking such a package for the border state, given is sensitive location and the unique needs of the people living in the border areas.

The Chief Minister has been holding a series of meetings with several of the the newly appointed central ministers since Thursday to discuss issues of Punjab’s concern. Captain Amarinder said all the ministers had responded positively to the concerns and demands raised by him. The chief minister was accompanied by Chief Secretary, Karan Avtar, PSCM, Tejveer Singh, and Resident Commissioner, Rakhee Bhandari.