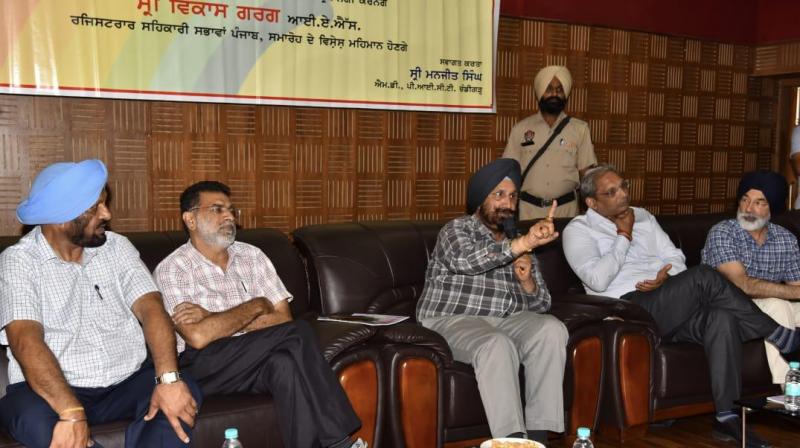 The minister also took feedback from the newly inspectors about the ground situation while on their field training. He also enquired about the loss making cooperative societies, Various deficiencies in the functioning of the societies and the problems encountered by the farmers laying emphasis on the suggestions to mitigate the same. The inspectors shared their feedback in a quiet frank and forthright manner.

The minister further said that the cooperative department is connected directly with the rural areas and the farming sector which constitutes the backbone of the State's economy. He encouraged the inspectors to utilize their zeal and talent for making farming community march ahead on the road to prosperity. 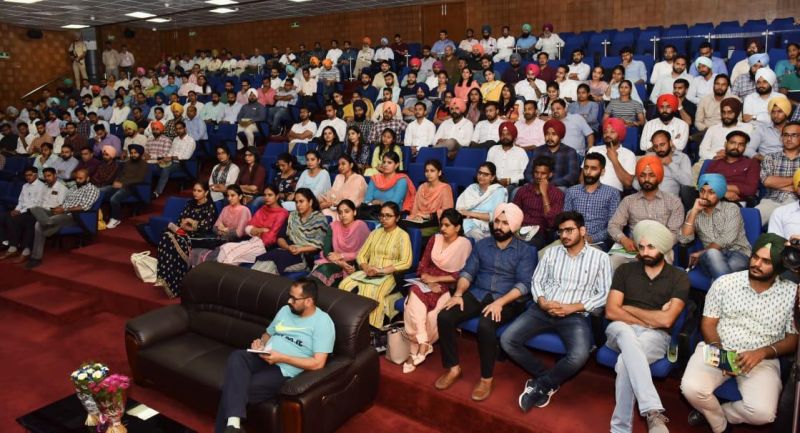 On the occasion, the female inspectors shared their experiences during the field training and recounted that they had to hear things such as the department is not good for the females. To this, S. Randhawa replied that he would himself go to such a place for the joining of female inspector so as to encourage as well as ensure that they face no problem.

Earlier, the Registrar, Cooperative Societies, Mr. Vikas Garg thanked S. Randhawa for personally gracing the occasion in order to encourage the farmers. Welcoming the newly recruited inspectors, he said that the department is the one which has an ample scope of serving the people in right earnest. He also added that in case of any difficulty, the newly recruited inspectors can meet him anytime.

Exhorting the newly recruited inspectors to work with full dedication and utmost honesty, he said that only a person's work and performance speaks for himself/herself instead of sychophancy. He also answered queries posed by the newly recruited inspectors. In his address, the MD of 'The Punjab Institute of Cooperative Training' Mr. Manjit Singh elaborated that the cooperation department has recruited 150 new inspectors who were given training from the 1st of April till the 30th of June.

The training covered practical aspects too. These inspectors would also undergo field training for one month after which they would be assigned postings. The occasion also saw able compeering by the Editor of the Punjab Cooperation magazine, Mr. Satpal Singh Ghuman.