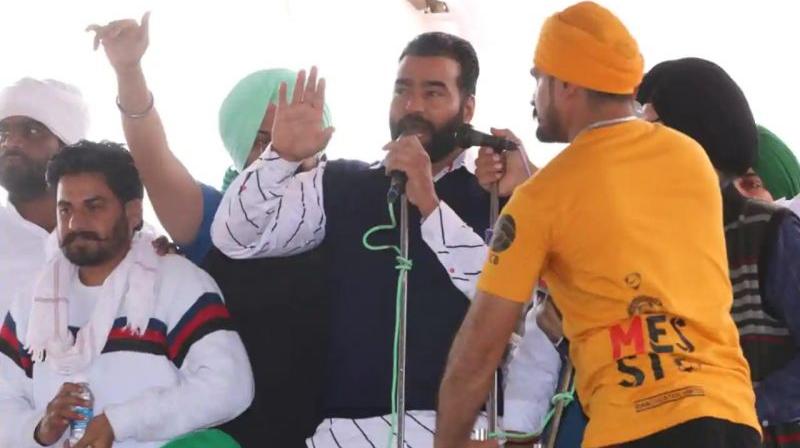 Bathinda: Lakha Sidhana, who is wanted in connection with the violence in Delhi on Republic Day, on Tuesday attended a public meeting in Punjab's Bathinda in support of the ongoing farmers' agitation against the Centre's agri laws.

A video clip showed him seated on the dais. The gangster-turned-activist had given a call for the public meeting in Bathinda's Mehraj village last week. 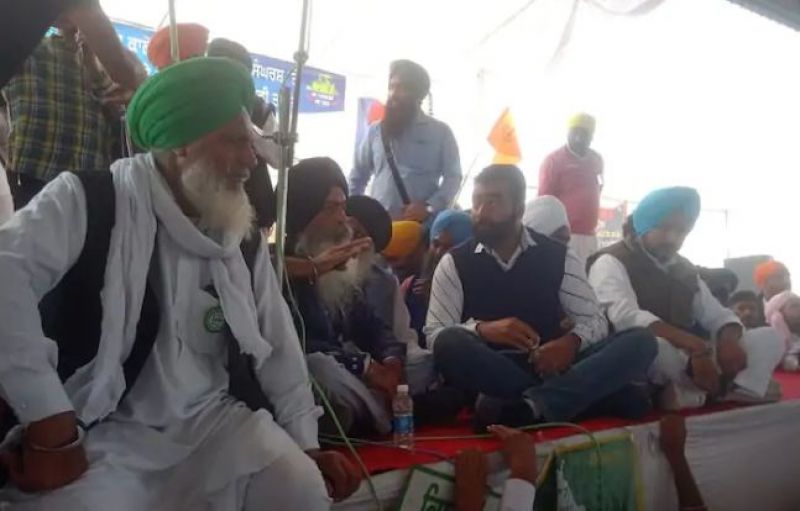 There was speculation whether Sidhana would take part in the public meeting as he is wanted by the Delhi Police for his alleged role in the violence that broke out during a tractor parade called by farmer unions on January 26 demanding the repeal of the agri laws.

Thousands of protesters had clashed with the police during the violence. Many of the protesters reached the Red Fort and entered the monument, and some of them even hoisted religious flags on its domes and a flagstaff at the ramparts.

In a video that appeared on social media on Saturday, Sidhana had appealed to people to take part in the programme in large numbers.