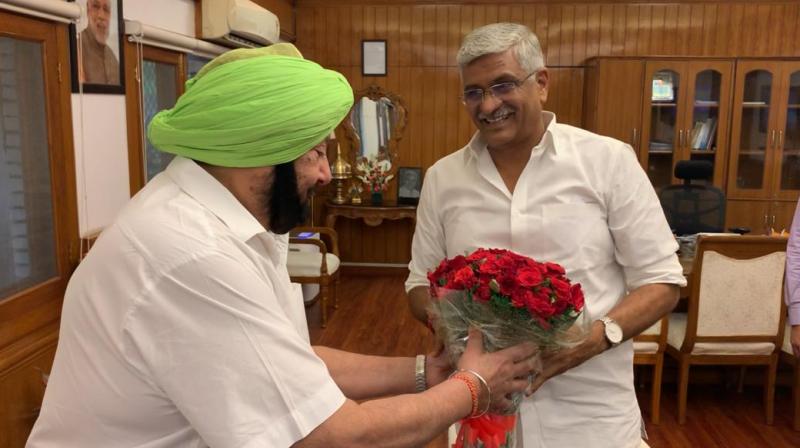 New Delhi: To evolve consensus and formulate a national strategy for tackling the deteriorating water situation in the country, Punjab Chief Minister Captain Amarinder Singh on Monday suggested an all-party meeting under the chairmanship of the Prime Minister.

The Chief Minister made the suggestion during a courtesy call on Jal Shakti Minister Gajendra Singh Shekhawat here.Water is a national problem which needs to be discussed and resolved at national level, the Chief Minister told mediapersons in an informal chat after meeting Shekhawat.

The all-party meetings could be held region-wise to make the process more streamlined and effective, with the Prime Minister chairing each of them, said Captain Amarinder, expressing concern over the deteriorating water crisis in the country. 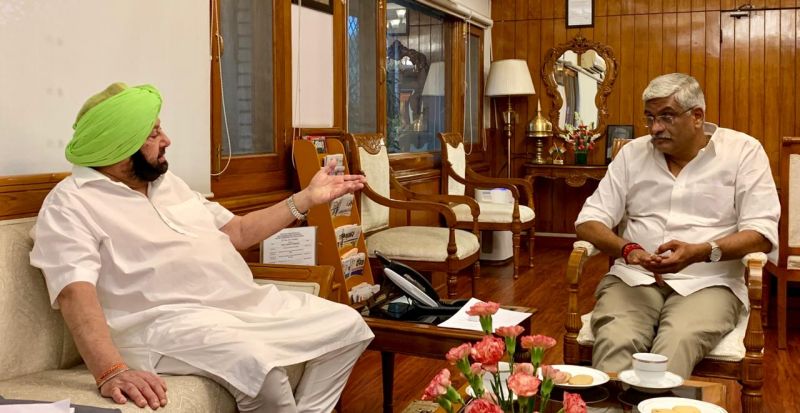 These meetings, he said, would help develop consensus on steps need to save the precious natural resource. In response to a question, the Chief Minister said the SYL issue was not discussed during his meeting with the Union Minister as it was sub-judice.

The Chief Minister revealed that the problem of Punjab’s Buddha Nallah came up for discussion and he had assured Shekhawat that work was in progress to clean it. The state government had set for itself a two-year deadline for the task, he added.

Captain Amarinder informed the Union Minister that STPs were being operationalised to ensure that the Buddha Nallah is not further messed up by the affluent from various industries.

The dyeing industry, he said, was a major cause for the problem. Shekhawat appreciated the `Punjab bijli bachao paisa kamao’ scheme. Pointing out that 85% water goes into irrigation, he said if 10% of the water used for agriculture could be saved, India’s water crisis could be solved for the next 50 years.

Punjab, he said, could take the lead in this campaign, with incentivisation playing a major role in encouraging people to save water. Captain Amarinder said the state government was planning to launch a major programme of ground water recharging by using defunct tube wells.

The Union Minister asked Punjab to reduce the area under paddy cultivation, in response to which Captain Amarinder stressed the need for the central government to support purchase of alternate crops like maize on MSP.