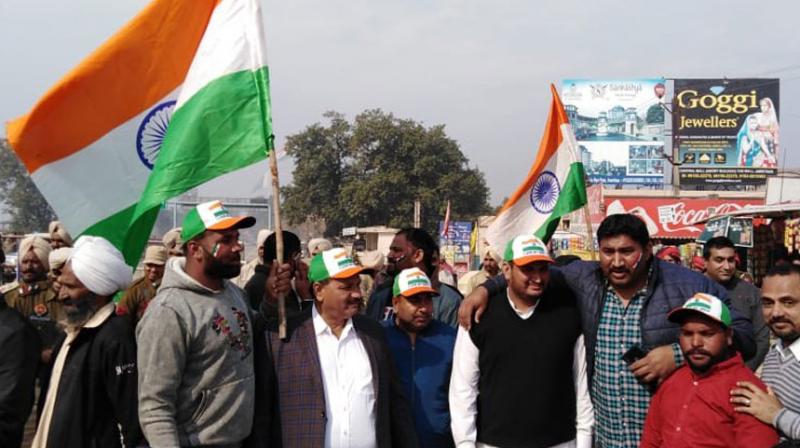 Attari (Amritsar), Mar 1: Hundreds of people flocked the Attari border Friday to catch a glimpse of Wing Commander Abhinandan Varthaman, who is expected to touch home soil after his release from Pakistan. Wing Commander Varthaman, son of a decorated IAF veteran, was captured by Pakistan after his jet went down following a strike by an enemy missile.  Varthaman's MiG 21 was shot and he bailed out after bringing down one Pakistani F-16 fighter during a dogfight to repel a Pakistani attack on Wednesday morning.

He has been in Pakistan since then. Pakistan Prime Minister Imran Khan announced in Parliament on Thursday that Varthaman would be released on Friday as a "peace gesture". Patriotic fervour prevailed at the border with border residents singing songs, beating drums and carrying the tricolour in their hands. Barely one-km away from the Indo-Pak border, people sang patriotic songs and raised slogans like "Bharat Mata ki Jai". 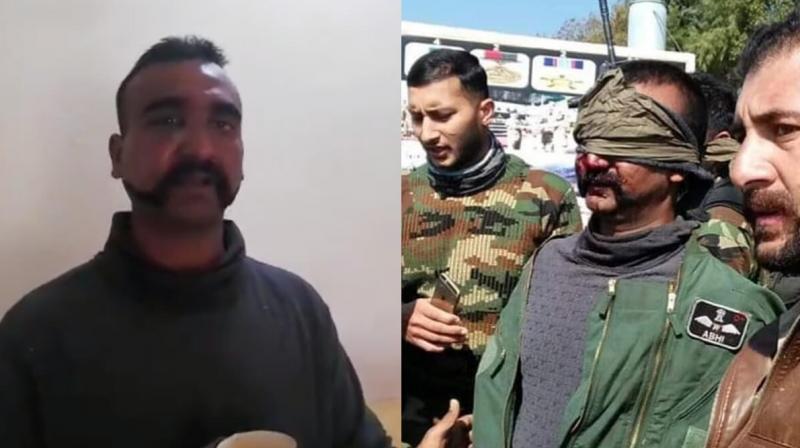 A Sikh youth from a nearby area was seen carrying a huge garland, while an elderly man was seen beating a 'dhol'. "If permitted, I want to welcome the Wing Commander with this garland," said the youth carrying garland. Security arrangements have been further strengthened here, with Punjab Police personnel also deployed in numbers. Amritsar's Senior Deputy Mayor Raman Bakshi, who was also present here, could not stop himself from singing patriotic songs.