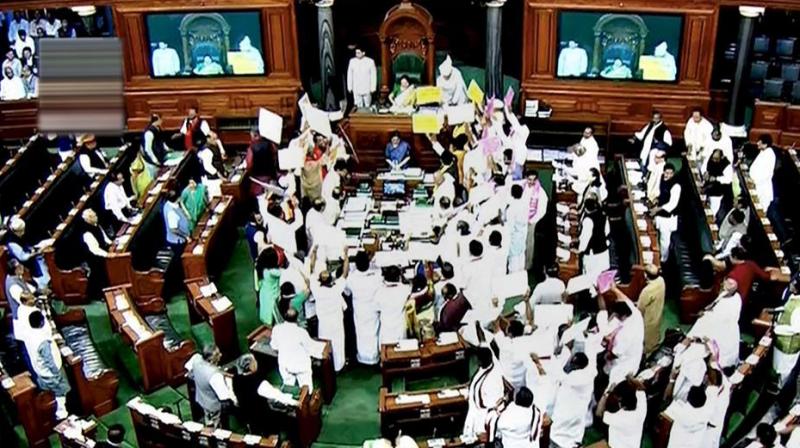 Opposition members in the Lok Sabha today raised slogans against Civil Aviation Minister Jayant Sinha for garlanding men convicted of lynching a meat trader in Jharkhand. As soon as the minister rose to respond to a question on up-gradation of airports during the Question Hour, opposition members started raising slogans. They soon rushed to the Well demanding an apology from the minister. They raised slogans such as "stop garlanding convicts" as Sinha responded to the question. 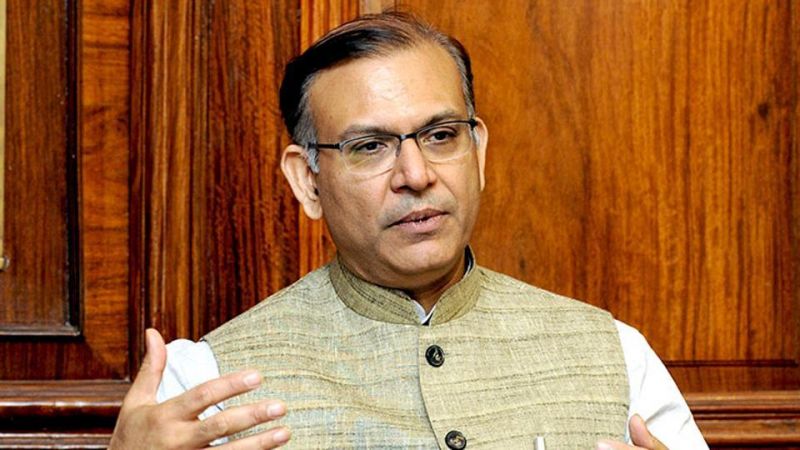 Sinha, however, continued to speak. Union minister Nitin Gadkari, who was the senior-most member of the Union Cabinet present in the House, stood up briefly apparently urging opposition members to return to their seats. As Sinha completed his answer, opposition members withdrew from the Well. Sinha had sparked a controversy after pictures of him felicitating men convicted of lynching a meat trader in Jharkahand went viral on social media. He had later expressed regret and had said that he believes in the rule of law.