Modi is afraid that time has come for him to go: Rahul Gandhi

Rahul Gandhi Wednesday said his expression during his address to the nation betrayed his anxiety that "his time to go has come". 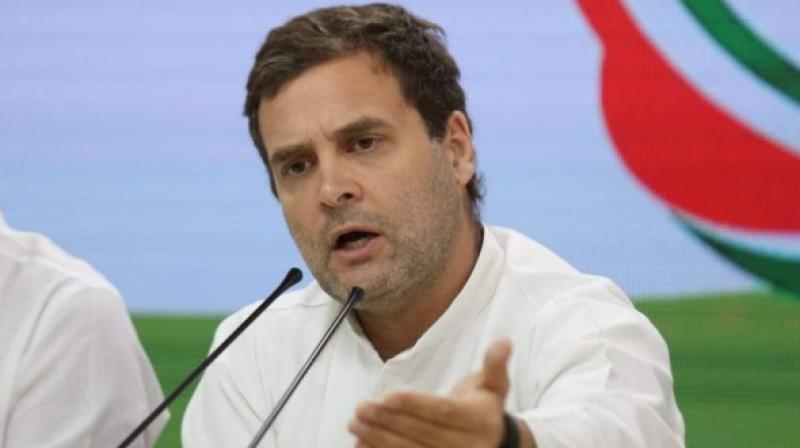 New Delhi, Mar 27: Taking a swipe at Prime Minister Narendra Modi, Congress President Rahul Gandhi Wednesday said his expression during his address to the nation betrayed his anxiety that "his time to go has come". Addressing a convention of the party's Other Backward Classes (OBC) department, Gandhi said the prime minister has realised that the Congress will now give justice to the poor.

His reference was to the newly-announced NYAY (minimum income guarantee scheme) whereby the party promises to give Rs 72,000 per year to five crore poor families in the country to bring them out of poverty. The Congress president also assured the OBC community that they would see many more MPs and MLAs from among them as the Congress had earlier given two OBC chief ministers to the country. 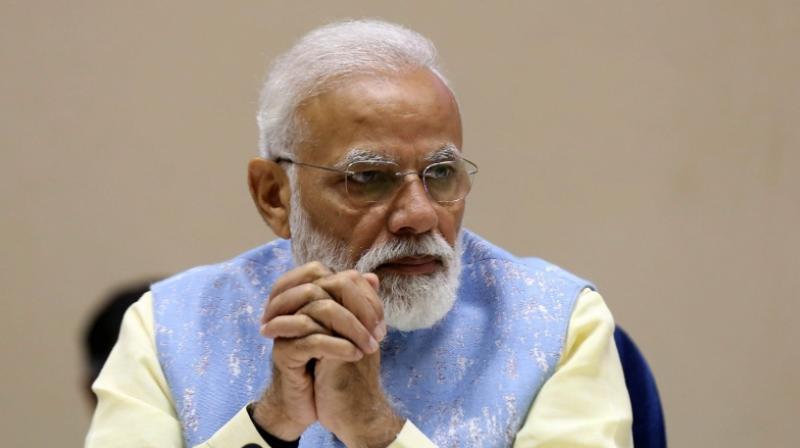 "He (PM) made the country wait for 45 minutes for his announcement, did you look at his face? He has realised that the Congress will now give justice...Modi is now afraid that his time to go has come," he told the gathering at the Indira Gandhi Indoor Stadium here, ahead of the April-May parliamentary election.  In an unprecedented broadcast to the nation on television, radio and social media, Modi on Wednesday announced that India had demonstrated anti-satellite missile capability by shooting down a live satellite, describing it as a rare achievement that puts the country in an exclusive club of space superpowers.

Attacking the prime minister, Gandhi said he had lied about giving Rs 15 lakh to people in the run-up to the 2014 election, but the Congress would give Rs 72,000 as part of the proposed income guarantee scheme. "We won't be able to give Rs 15 lakh, but we won't lie. We will give Rs 3.60 lakh crore in the bank accounts of the poor," he said. "What we say, we do. I am guaranteeing your community (OBCs) that in the coming days, the Congress will give you space. 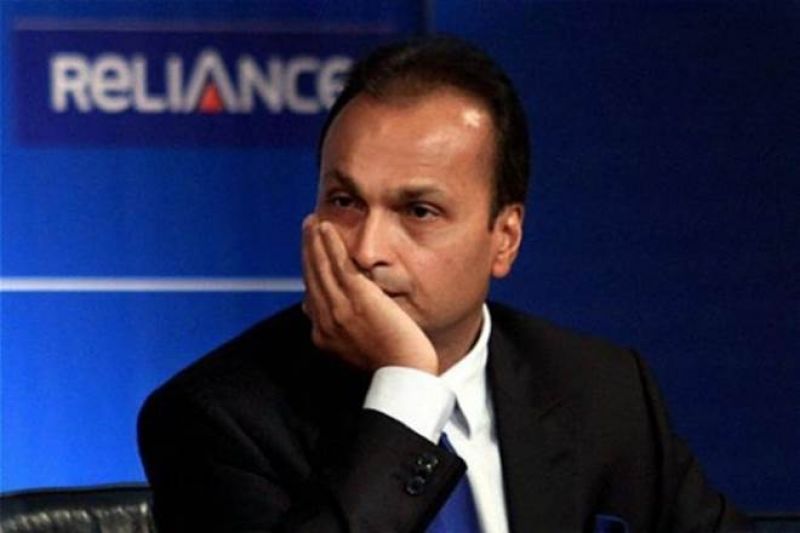 Today you see two OBC CMs, you will see much more OBC MPs, MLAs," he said. "We have written in our manifesto that any youth, be it from any category, doesn't need any permission for the first three years for starting a business...We want make in India, not made by Ambani...we want make in India, not made by Ambani in France," he said. Gandhi has been alleging that businessman Anil Ambani has benefitted from the Rafale deal with French defence firm Dassault, an allegation denied by the industrialist and the government.