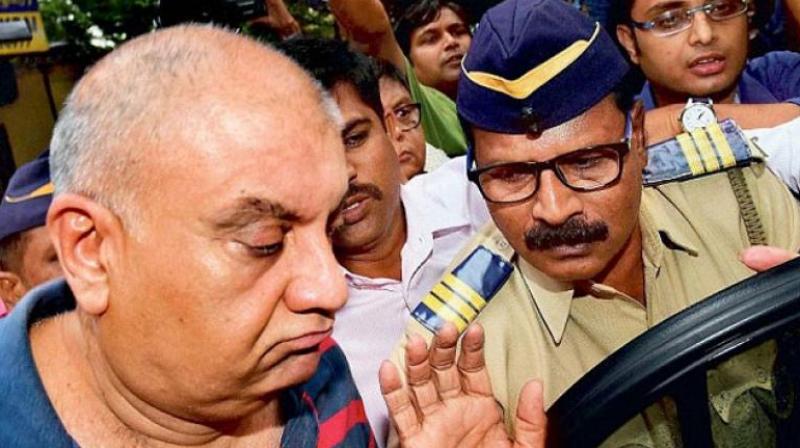 Mumbai, Mar 19 (PTI) Former media baron Peter Mukerjea, an accused in the Sheena Bora murder case, Monday underwent angiography, which revealed he is suffering from triple vessel disease, a hospital official said. The 65-year-old, who is in jail since his arrest by the CBI in 2015, was Sunday admitted to the state-run J J Hospital after he complained of chest pain.
On Monday, he underwent angiography, an imaging test that uses X-rays to view body's blood vessels, at the hospital.

Earlier in the day, a special CBI court here allowed Peter Mukerjea to get admitted to a private hospital of his choice for treatment after it was told he had suffered a mild heart attack. Peter Mukerjea is facing trial along with his estranged wife Indrani Mukerjea in the Sheena Bora murder case. Bora was the daughter of Indrani Mukerjea, a former media executive, from a previous relationship. He is accused of being a part of the murder conspiracy.

Indrani Mukerjea's former husband Sanjeev Khanna is the third accused in the case. Her driver Shyamvar Rai was also arrested in the case but he later became an approver and was pardoned. Bora (24) was allegedly killed in a car in April 2012 and her body was disposed of in adjoining Raigad district. The CBI has claimed a financial dispute led to Bora's killing, which came to light in 2015.