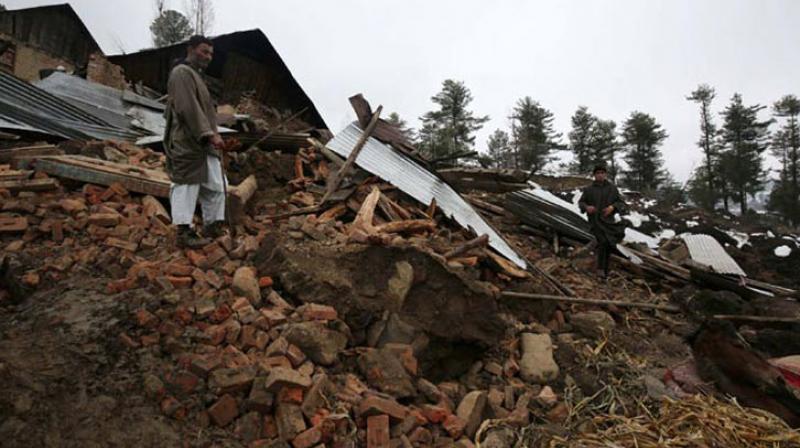 Bhadarwah (J&K), Mar 13 (PTI) A massive landslide early on Wednesday buried nearly three dozen shops in a rural market in Jammu and Kashmir's Doda district, police said. There was no immediate report of any casualty in the incident, which took place at Bathri market in Bhalessa, 65 km from the district headquarters, around 4.15 am, Bhadarwah Superintendent of Police Raj Singh Gouria told PTI.

Gouria, who is supervising the search and rescue operation, quoted preliminary information and said a total of 14 structures, consisting of nearly three dozen shops, got buried under the landslide. The panic-stricken residents said they were woken up by deafening sound. "We were sleeping when the ground shook. It was like an earthquake and there was loud banging sound," said Rubina Begum, a local resident, adding that she, her husband and three children rushed out in panic.