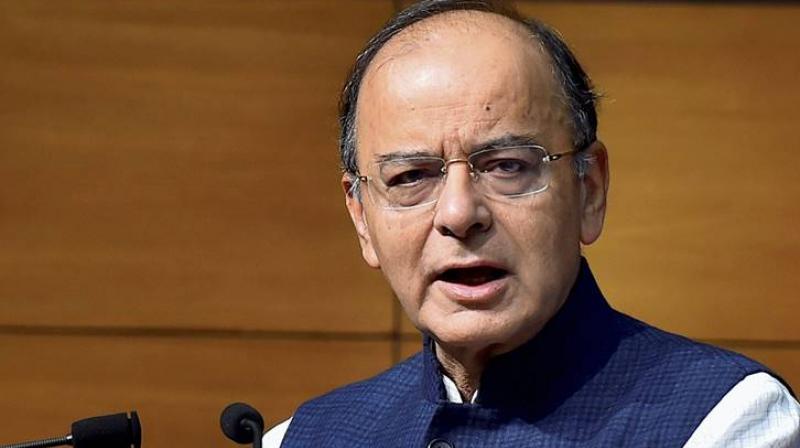 New Delhi, Apr 6 (PTI) BJP leader Arun Jaitley on Friday questioned Congress chief Rahul Gandhi's "silence" on the Enforcement Directorate charge sheet in the AgustaWestland VVIP choppers case which has reference to senior Congress leader Ahmed Patel and 'family'. Addressing a press conference at the party office, Jaitley said the Congress should answer as to who were referred to as RG', AP' and FAM' in documents cited by the ED.

"Right to silence is for accused not for the one who is dreaming to be the country's Prime Minister," the BJP leader said adding if no reply is given in case of such serious allegations, the country is "entitled to presume that no reply could have been given". Contending that evidence is "over-whelming and needle of suspicion is clear", Jaitley said he is demanding political answers to the allegations.

"The more you suppress the truth, the more it spreads so it is necessary that reply be given by the Congress," the Finance Minister added. The initials were allegedly mentioned in the dispatches of Christian Michel, an alleged middlemen in the chopper deal scam, which is being probed by the Enforcement Directorate and the CBI. According to the ED charge sheet, Michel is understood to have identified the initials "AP" as Ahmed Patel, the senior Congress leader close to Gandhi family.

However, Michel has filed an application in a Delhi court on Friday claiming he has not named anybody in connection with the deal. The ED had told the court on Thursday that Michel and other accused received 42 million euros as kickbacks in the defence deal.