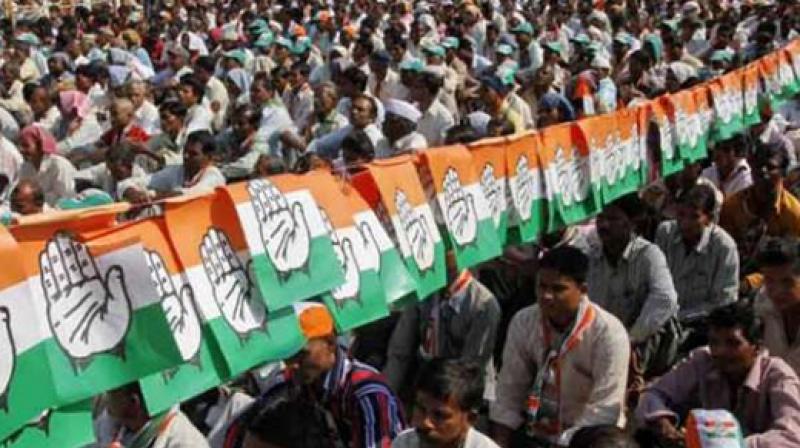 Establishing a slight edge over BJP in a closely fought race in urban local bodies polls in Karnataka, the Congress is set to gain control of a majority of the ULBs, teaming up with its ruling coalition partner JDS. The Congress has secured 982 seats and the BJP 929 in the elections held Saturday, while JD(S) came a distant third with 375 seats, according to the state election commission results. The others, including 329 independents, bagged the rest of the seats in the three-way race with Congress and JDS fighting against each other, despite being coalition partners.

Both the Congress and JDS have declared that they would tie-up in ULBs which have produced a hung verdict. Elections were held for three city corporations,29 city municipal councils (CMC), 52 town municipal councils (TMC) and 20 Town Panchayats (TP). Results for 2,662 of the 2,709 seats for which polls were held have been declared. With the combined strength of Congress and JD(S) securing 1,357 seats, they enjoy a clear edge over the BJP to seize control of a majority of the ULBs.

These elections were considered the first test of the popularity of the Congress-JDS coalition government, which was formed post-May assembly polls when it yielded a hung verdict. The BJP had emerged as the single largest party in the assembly polls but failed to shore up the numbers in its bid to form the government. The ULB polls were also considered as indicative of the voters' mood before the next Lok Sabha elections. Compared to its performance in the 2013 urban local bodies elections, BJP has fared far better. 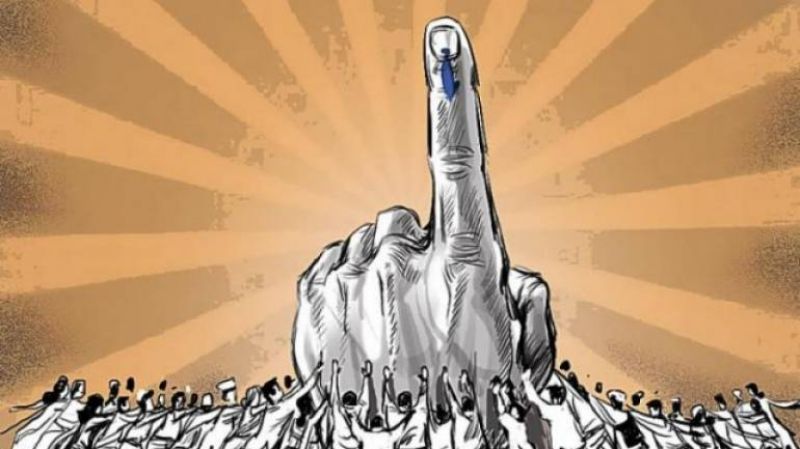 In the polls then conducted for 4,976 seats, the Congress had bagged 1,960 seats and BJP and JD-S 905 seats each. Elections for the remaining more than 2,300 seats is likely be held early next year. Polls to Kodagu urban local bodies has been withhelddue to the recent floods in the district. Reiterating the JD(S) and Congress' resolve,former Prime Minister and JD(S) supremo H D Deve Gowda said, "Wherever we can form a coalition government to keep the BJP out ofpower, we will certainly do that."

"Results are not as per our expectation. The overall results satisfy us because we could withstand the money and muscle power used during the election," he said. Yeddyurappa said the results would not have any bearing on the popularity of the government because there were many local factors at work. He reiterated the party's resolve to win 22 or 23 seats out of 28 in Lok Sabha polls. The ULB results show that the Congress, BJP and JDS have broadly held on to their position secured in the assembly polls.

The results were marred by an ugly incident in Tumakuru where a Congress candidate and his nine supporters were injured in a suspected acid attack during a march to celebrate his victory. Inayatullah Khan, who won the election from ward No.16 in Tumakuru -- around 70 km from Bengaluru, was taking out a victory procession in the morning when an unidentified person sprayed some liquid on the crowd and fled the scene, police said. Around 10 people felt a burning sensation and were rushed to a nearby hospital where they were administered first-aid.

They suffered minor injuries, among whom Khan had the maximum burns on his face, Tumakaru Superintendent of Police Divya V Gopinath said. Doctors said the liquid might be some low-intensity acid like bathroom cleaner, the SP said  Police suspect the incident to be the handiwork of Khan's rival, whose name they did not disclose. Nobody has been arrested so far and no complaint has been lodged, the officer added.