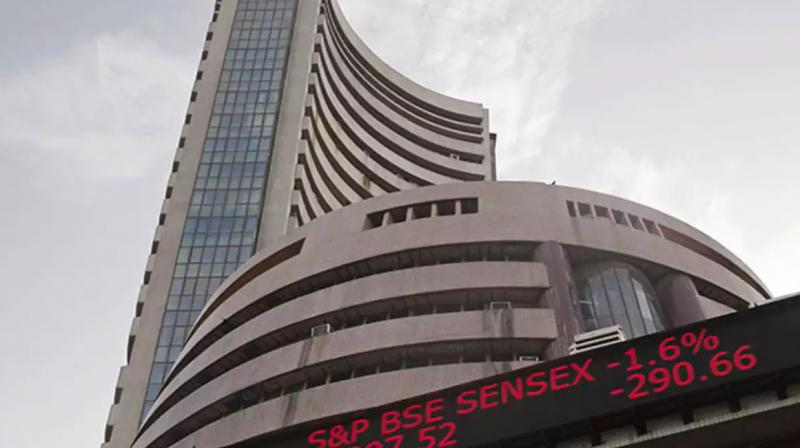 On the other hand, NTPC, M&M, Bajaj Auto, ITC, Bharti Airtel, Sun Pharma, SBI, HUL, TCS and L&T were among the top gainers, rising up to 2.64 per cent. Meanwhile, on a net basis, foreign institutional investors (FIIs) bought shares worth a net of Rs 1,137.85 crore on Thursday, while domestic institutional investors (DIIs) were net sellers to the tune of Rs 925.46 crore, provisional data available with BSE showed.

According to traders, heavy DII outflow, weak global cues after the European Central Bank (ECB) has slashed its forecast for economic growth and inflation in the 19-country eurozone, and depreciating domestic currency against the US dollar weighed on investor sentiment here.

The ECB now expects growth of 1.1 per cent this year, down from its earlier forecast for 1.7 per cent. Inflation is also expected to be lower, at 1.2 per cent compared with 1.6 percent forecast earlier. The central bank's President Mario Draghi announced the reduction after Thursday's policy meeting, where the bank took several steps to support a weakening economy.

Elsewhere in Asia, Hong Kong's Hang Seng fell 1.48 per cent, Shanghai Composite Index cracked 2.90 per cent higher, Kospi was down 1.04 per cent, and Japan's Nikkei dropped 1.83 per cent in early trade. On Wall Street, Dow Jones Industrial Average ended 0.78 per cent lower on Thursday. The rupee, meanwhile, was depreciated 13 paise against US dollar to 70.13. The benchmark Brent crude futures slipped 0.71 per cent to USD 65.83 per barrel.