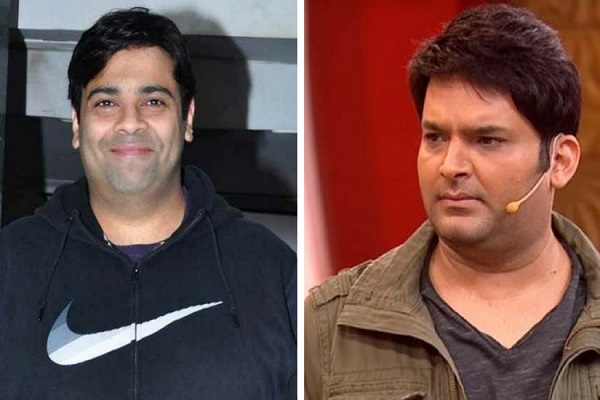 Mumbai: Comedian Kiku Sharda, best known for his role of Palak in "Comedy Nights With Kapil", says comedian Kapil Sharma should be given the space to recuperate.

Kapil, who became a household name with show "Comedy Nights with Kapil", has been going through a rough patch in his career as well as in his personal life. Last year, Kapil (37) had confessed that he was suffering from depression and had undergone treatment for the same.

"I have been working with him for years. We have spread a lot of laughter and cheer, so if today he says he is not keeping well, we should give him some space and time. I would request everyone to give him his space, let him relax," Kiku told reporters.

Kiku was speaking at Lokmat Maharashtrian of The Year awards, last night.

The comedy star recently made a comeback to small screen with "Family Time With Kapil Sharma" but the show has not been able to recreate the success of his previous shows and is now reportedly suspended.

"I will feel very bad if an artiste like him, who has done such good work, doesn't make a comeback. I really wish him all the best for recovering and he should be back with a bang," Kiku said.

Recently, things took a turn when Kapil filed a police complaint against his former managers Preeti and Neeti Simoes and a journalist, who heads an entertainment website, for defaming him on digital media.

Kapil, in his complaint, accused the journalist of launching "a malicious propaganda to defame him in digital media". He said his personal information was leaked to show him in "negative and poor light".

Kapil added that the posts published by the website started affecting his mental and emotional health as personal remarks were made about his "career, relationships, fiance and friendships" by the journalist.

When asked about how Kapil handled the situation after the journalist posted a telephonic conversation of the comedy star hurling abuses, Kiku said, "We can discuss about how people behave, may be his way of saying that was not right but he got agitated because of this portal which has written bad things about me too, which I have ignored...

"The portal isn't responsible but to get angry is justified. But sometimes we can't express the anger or sadness properly."

"Comedy Nights with Kapil" was one of the most popular shows on television but it was discontinued after his fight with co-comedians Sunil Grover, Ali Asgar and others.  PTI