Now the movie Thalaivii is streaming on Netflix also. 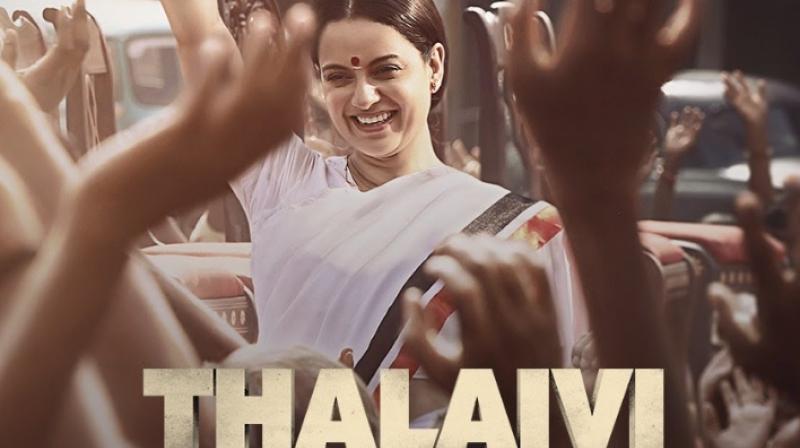 Mumbai: Bollywood and Controversial queen, Kangana Ranaut's latest visit to J Jayalalitha biopic Thalaivii till now has received a warm response from the film critics and the audiences. Now the film is streaming on Netflix and the actor had now penned a note in regards to her gratitude for her team. Taking to her Instagram, Kangana wrote,

“Rarely a film loved passionately and unanimously… And Thalaivii is one such film… I am glad people getting to know Purchai Thalaivi Dr J. Jayalalithaa’s story. also big thanks to my team for making a film which is a shining diamond in my filmography. #gratitude.” 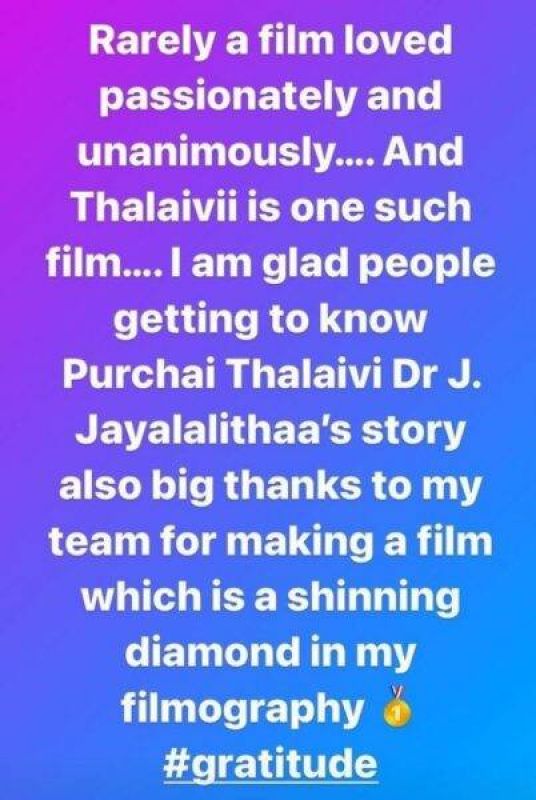 The movie Thalaivii is particularly based on the life of the former actress and Tamil Nadu Chief Minister J Jayalalitha and the film featured Kangana as Jayalalitha and South superstar Arvind Swami as M.G.Ramachandran. The film prospects the relationship between Jayalalithaa and MGR and the former's rise as an actor and a politician. 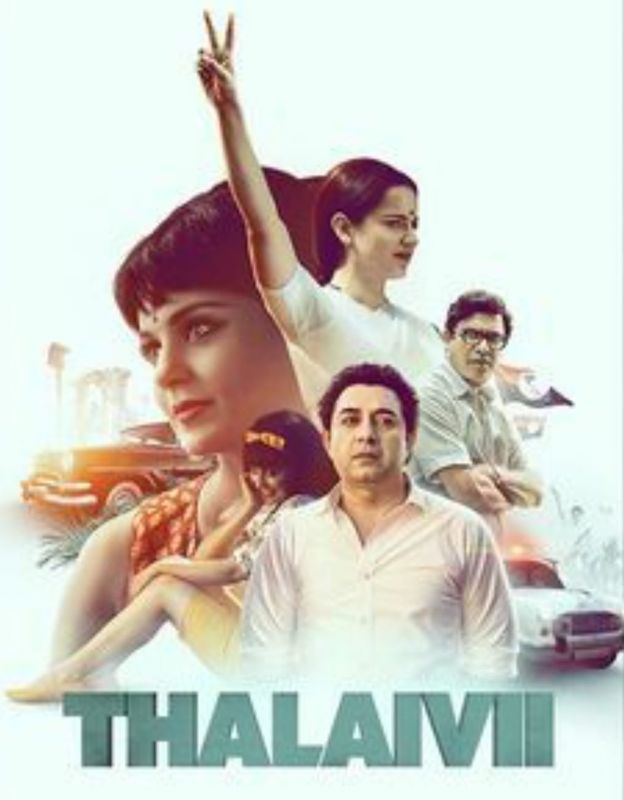 Nevertheless, the movie is now streaming on Netflix and now more people will be able to watch and enjoy it. As of now, the movie will be releasing in theatres on October 10 in several parts of the country, but it did not see a theatrical release in Mumbai. Kangana who often targeted Bollywood and referred to them as a "Bollywood Mafia" has now urged the Hindi film fraternity to come forward and show support by appreciating her film. 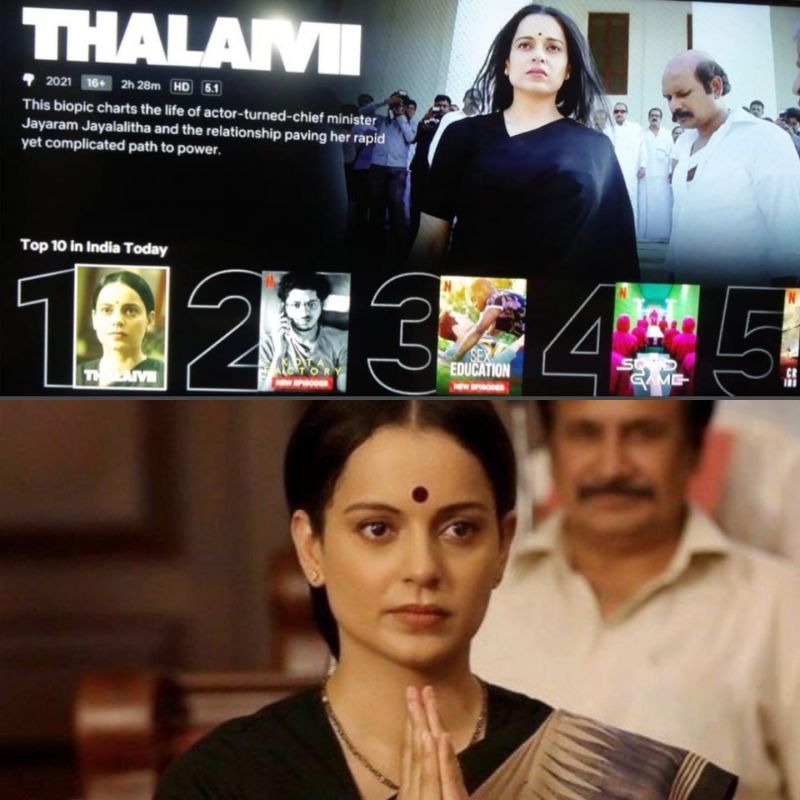 She wrote, “Meanwhile waiting for Bollywood Mafia to keep our political and ideological differences aside just how I don’t find it difficult to appreciate genuine art maybe they can also rise above petty human emotions and for once let art win #Thalaivii.” 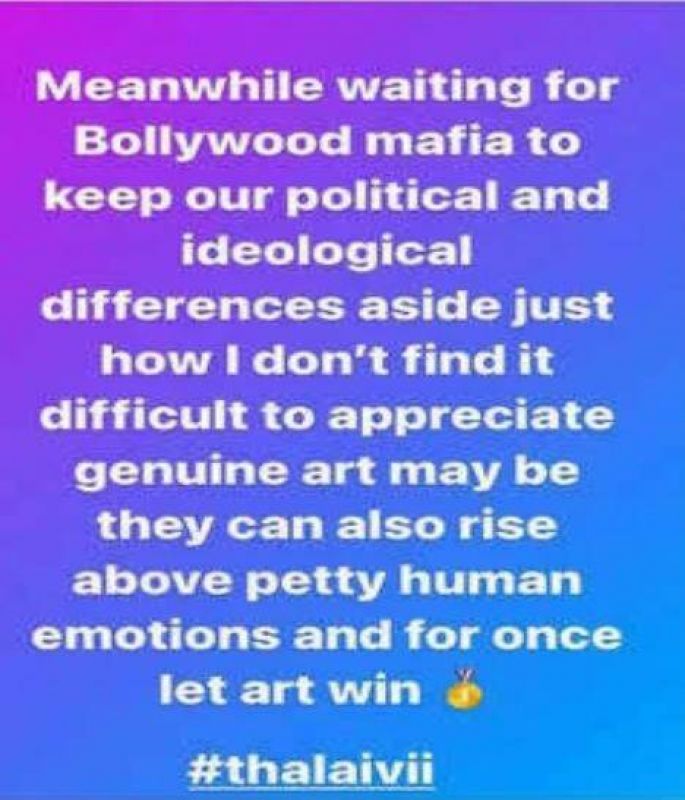 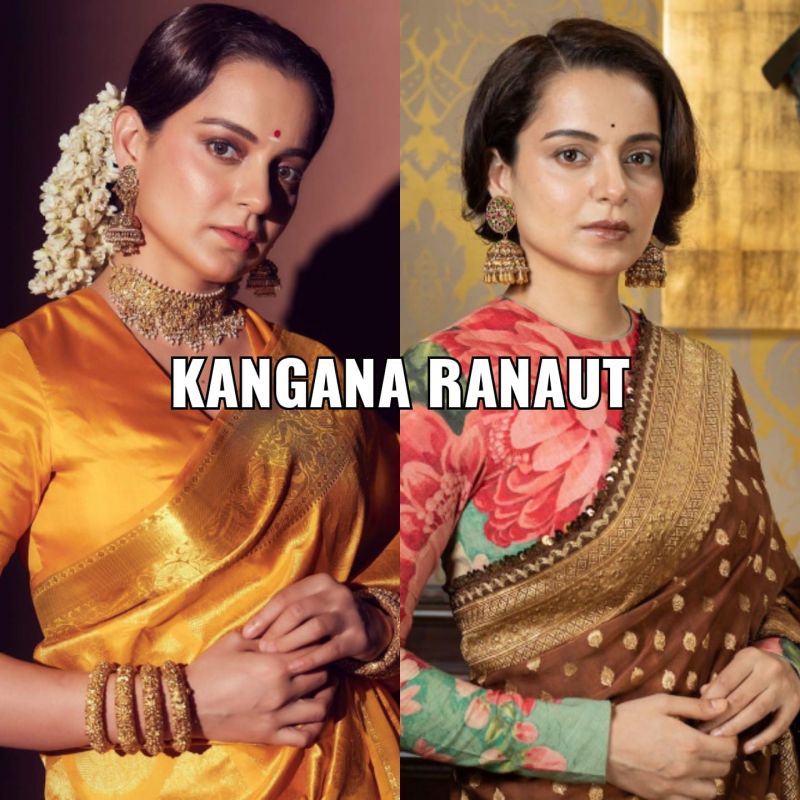 On the work front, Kangana has wrapped up Sarvesh Mewara’s Tejas where she played an Indian Air Force pilot. She also has Razneesh Ghai’s Dhaakad in the pipeline. Kangana is now preparing for her next two films, Emergency, based on former Indian Prime Minister Indira Gandhi, which she will also direct. She will also star in The Incarnation- SITA, where she will play the title role.