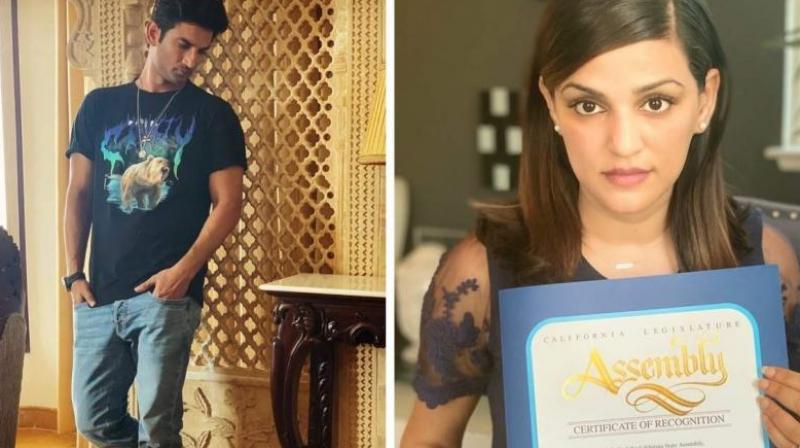 Washington: The California State Assembly in the US has recognised late Bollywood actor Sushant Singh Rajput for his efforts to promote India's rich culture and heritage and his immense contributions to Indian cinema.

The California State Assembly in a certificate of recognition noted Rajput's immense contributions to Bollywood cinema and appreciated his philanthropic community work as well as his efforts to promote India's rich culture and heritage. 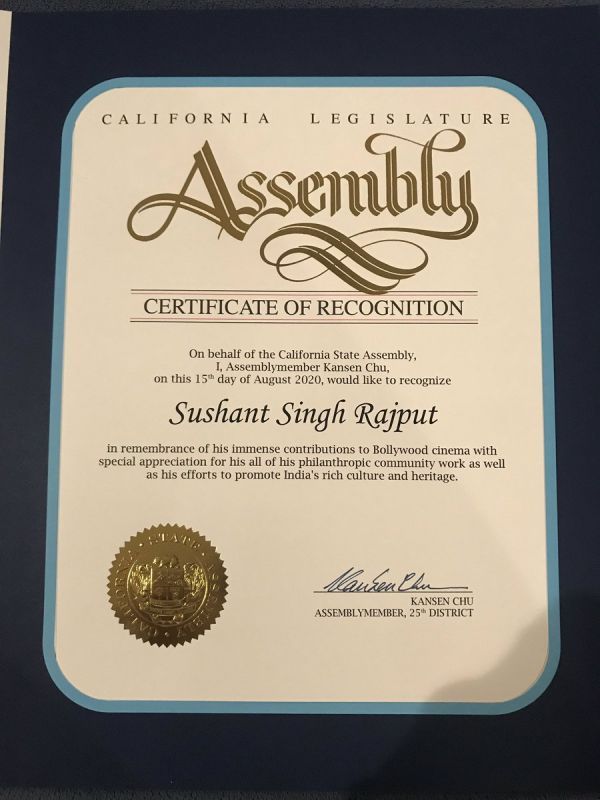 The actor's sister Shweta Singh Kirti who lives in the US received the certificate on Rajput's behalf. The actor had often expressed his desire to work in Hollywood.

The recognition of the Bollywood star was led by California Assemblyman Kansen Chu. 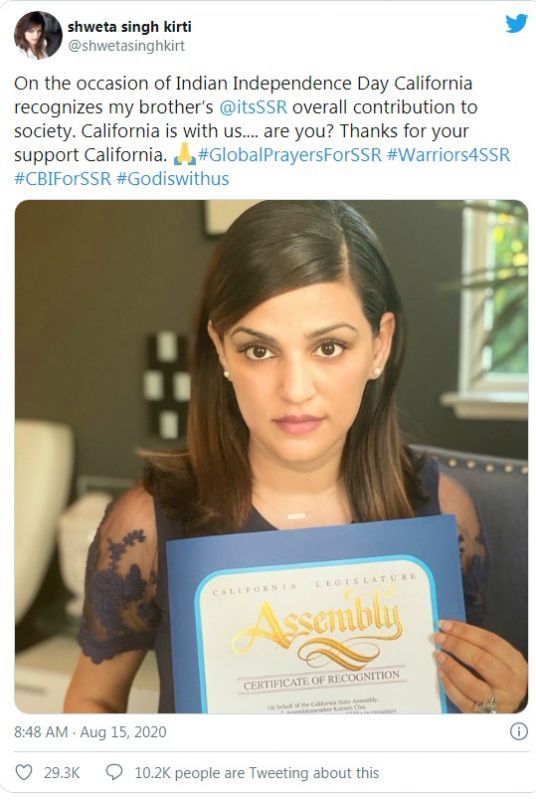 Shweta Singh Kirti tweet“It’s a great privilege for me to accept this honour from California State Assembly, on behalf of my brother, in remembrance and appreciation of his philanthropic work and contributions to Indian cinema," Shweta said.

"I thank the Assembly members and the Indian-American community for their continuous support in these hours of crisis," she said.

Her husband Vishal Kirti said the California State Assembly has recognised Rajput's contributions to Indian cinema and the community on the auspicious occasion of India's Independence Day. 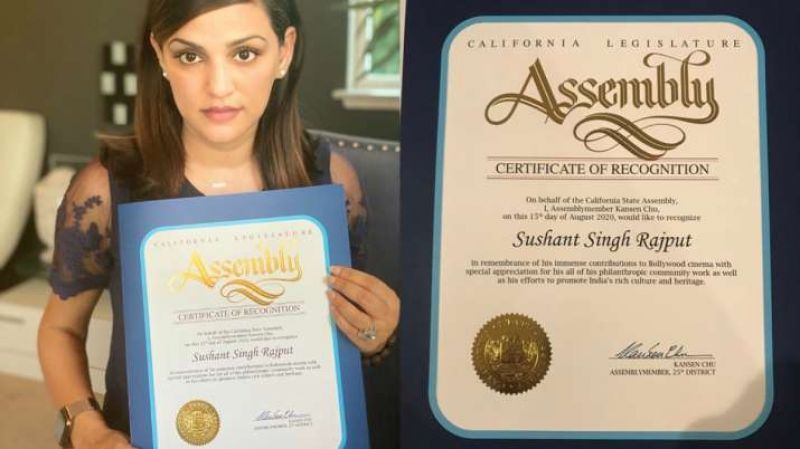 Shweta Singh Kirti“Millions of Indian Americans are watching the proceedings of the ongoing campaign for getting #JusticeForSushantSinghRajput,” Rajput's brother-in-law Vishal said.

"Indian-Americans are looking up to the Indian government to get Sushant Singh Rajput death case an unbiased investigation," he said.