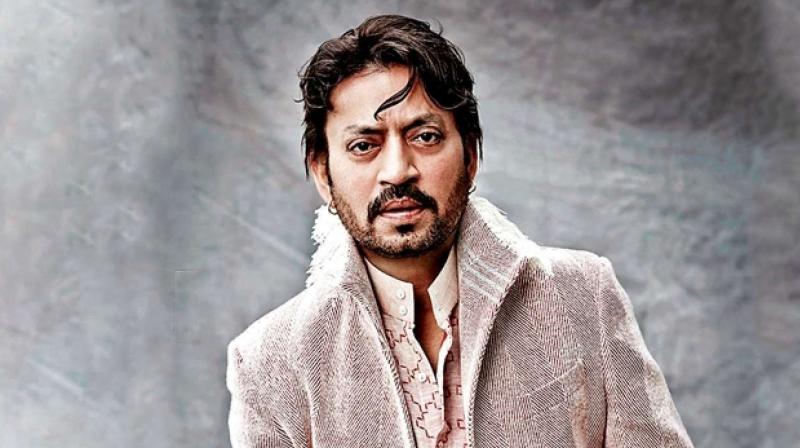 Mumbai, Mar 10 (PTI) Actor Irrfan Khan was on Saturday spotted by eager paparazzis at the Mumbai airport, his first appearance since he returned to India after undergoing treatment for neuroendocrine tumour in London. The 52-year-old actor had revealed last year in March that he was suffering from neuroendocrine tumour and has been away from the limelight since then.

In photos doing the rounds on social media, Irrfan's face was not completely visible as the actor covered it with a scarf. The actor was donning a pink jacket over a white shirt with a pair of camouflage cargo pants and a hat. Earlier, there were reports that Irrfan is undergoing treatment in the city-based hospital here, but a source close to the actor has denied, saying, "He isn't here for any treatment."

It is still unclear when the actor will be returning to work and start shooting for "Hindi Medium 2", a sequel to his 2017 comedy drama. Irrfan, who has has delivered outstanding performances in films such as "Paan Singh Tomar", "Haasil, "Maqbool" and "Piku", has also established himself in the West with movies like "The Namesake", "Life of Pi" and "Jurassic World".