To fast or not to fast

To fast or not to fast 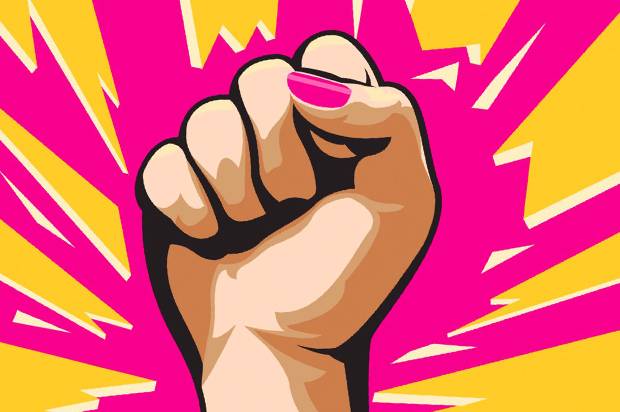 'Karva Chauth' is upon us, and once again, we are inundated with opinions. There are the â€?feministsâ€? who decry the custom as out-dated, patriarchal, misogynistic. Then there are are the defenders of tradition at any cost. And there is of course, the post-feminist view that it is that we no longer need to keep on talking about these issues, since feminism has been achieved, and true feminism would mean that the choice is entirely up to the woman.

Around us, the commercial aspect of the age-old custom is all that is really visible. Parlour visits, shopping sprees for the Karva Chauth dress, and the guilt gifts that the husband must offer as payment for this show of devotion. The mehndi-walas are in demand as never before. Cards parties are arranged for the fasting women to keep their minds otherwise occupied and off food. Tomorrow Facebook and Instagram will surely bear witness to the ever-sacrificing Indian woman who starves herself for the entire day to ensure the long life of her husband. The halo has been earned, fair and square!

It seems almost absurd to have to write such an obvious truth as this: The United Nations Population Division, World Population Prospects, list forty-three countries ahead of the Indian male life expectancy of sixty-seven years, with some countries going as high as eighty to eighty one years! And shocking though it might be, there seems to be no fasting rituals being observed in any of these countries for the longevity of their lives. Even more shockingly, many of these countries do not even believe in religion. The men just seem to live longer, healthier lives on their own. Unbelievable, I know.

It is easy to understand the angst of the feminists, be they men or women. For centuries, customs have tried to reduce the status of women in our society to chattels. Handed over by the father to her husband through the ritual of Kanyadaan. She fasts for her husbandâ€™s life on Karva Chauth, she fasts for her childrenâ€™s welfare on Jivit patrika, she ties a thread of protection on her brotherâ€™s wrist on Raksha Bandhan. But who is doing the same for her? Todayâ€™s woman is not merely a wife, mother or sister. She is many faceted; she is multi talented. She handles much more than a team of men could. And yet, who is paying homage to her? Who is fasting to assure that their daughter, wife, sister, mother has a long life? This tradition underlines a belief that needs erasing: that a woman lives for others, and merely through her relationships to the men who surround her, be it her father, brother, husband or son.

The problem is that is subtly, through social approval, a practice like Karva Chaith reinforces the very root of misogyny and the low self- esteem instilled in women that we need to fight against. It presents in a very gaily wrapped and traditionally accolades package the sinister fact that women are secondary, that in fact, their lives derive meaning not from their own selves and their own achievements, but from the existence of a man in her life. And we are so absorbed in the package and all it entails, that we fail to see what we are accepting, and passing down to the next generations in its guise.

As for the defenders and practitioners of KarvaChauth, one might have thought that this kind of know-towing to a blatantly patriarchal tradition would be accepted by the traditionalists, the saas-bahoo serial watchers, the uneducated, the superstitious; but no, females from every strata of intelligence and feministic tendencies gear up to save their artery-clogged husbands. Their reasons are many. Many feel compelled to do so by their in laws.

Many enjoy the pampering, the dressing up, the gifts and the fun. To many, it is too much to question status quo and for them, it is as good as any detox. Many justify the fasting by saying that their husbands too fast with them. I wonder if the husbands do so with a deep conviction that they are fasting to ensure longer lives for their wives, or whether they too feel compelled to join in to stave off the guilt any sensible man should feel at the picture of a miserable woman eating nothing for his sake. Culturally, most religions have defined roles for women very rigidly so as not to let them slip out of the control of men.

Of course they have perfect reasons why women should fast for men, even if their reasons might not make sense to the mere female mind. If clerics in Saudi Arabia could say that driving might be harmful to female productive organs, then of course, any reason can be found to perpetuate male control.

The post-feminist reason for everything seems to be simplistic: choice. It is a womanâ€™s choice what she wants to do, and that, to them, is the absolute freedom that defines true feminism. But where is this free choice, not only in this country, but in the world? Social conditioning is such a strong tool that disapproval makes mice out of the strongest women. They cave. If not to theirâ€™ mothersâ€™ pleas to not be â€?difficultâ€?, then to their mother in lawâ€™s guilt laden comments about how they have always put their husbandsâ€™ lives above their own discomfort, from the social pressures of friends groups, the halo of nobility that starving for someone else seems to bestow.

Many friends say openly, my in laws get very upset, itâ€™s not worth fighting about. My husband sulks, he says oh, so you are too modern to do what my mother has always done without complaint! It is too much guilt to fight. What free choice? Post-feminists seem to live in a bubble where reality doesnâ€™t seem to pierce. Where is this Utopian, egalitarian world where women have absolute freedom of choice? Where have we reached that level of equality for women that we can say that we donâ€™t need to talk about womenâ€™s issues?

Not in the world I inhabit. Where there are still child marriages, where female fetuses and new born baby girls are still aborted, where FMG is still practiced to ensure women donâ€™t get â€?swayedâ€? by discovering that sex can be enjoyable, where domestic violence is shrugged aside as too difficult a topic to handle, where gender discrimination at the work place is widespread, where women routinely are expected to give up their personal fulfillment for the good of the family. Where is this egalitarian society?

But perhaps post-feminism has a point. When we see traditions like these merely from the female viewpoint, we fail to see what we are doing to our men. When we put the burden of responsibility for menâ€™s lives on womenâ€™s shouldersâ€™, we take away responsibility from men. We tell them; you are not capable. You canâ€™t take care of your health;  youare not mature enough to make sensible choices. In an oil ad on television, a woman worried at her husbandâ€™s pot-belly is the one to make the â€?smart choiceâ€? to switch over to a healthier oil. Why did the husband not see his belly or the health issue it portends?

Is he blind, mentally challenged, or just irresponsible that he cannot be entrusted with making this choice for himself? We all have a hand in bringing up a country of men who feel overly entitled. Mom will take care of me, or she will find me a wife to take care of me, is the mind-set. Why are we doing this disservice to our men? It is time to ensure stronger, more self reliant and mature Indian males. I wanted to bring up a son who was mature enough to take the responsibility of his life and health into his own hands and that is what I did. I donâ€™t see my son being willing to put a woman at discomfort for his own needs. Why would any man?

When a woman dresses up for this festival, when she gives in social or familial pressure or to the materialistic glitter that seems to cover up the slimy hidden agenda of this ritual, she needs to ask herself these questions:

Do I have a justifiable answer when my daughter asks me, â€?Is Papaâ€™s life more important than yours?â€? Can she look her in the eye and give her an honest answer and be a role model to her?

Do I want my son to watch me and grow up feeling entitled to asking the same from his own wife?

Is this inequality what we want to pass down to our children, even if they are embellished with the gaudy garments of festivity and tradition? Why do we forget that customs and traditions were made by people? For people. They reflected the understanding of a certain time period. Laws, social rules, customs, habits; everything changes with times, yet we add an air of superiority to certain customs even though as we dissect them, inside might lie the rotting carcasses of a ritual that serves only to denigrate one sex at the cost of the other.

If KarvaChauth is meant to celebrate the institution of marriage, then we should realise that a mature marital bond between a man and woman would make the partners understand that marriage is not about one being superior to the other or the other to feel subjugated in any way. That they should both be equally concerned about having a healthy partner to share their lives with; that they both must take care that the other lives long so no one is left to bear the loneliness of old age alone.

It is time we made the discussion and customs about marriage more fulfilling and gender equal. Make it the partnership it is meant to be, where both are equally important to each other, and where both feel able to express it to each other. Not to be forced into this expression for society, but for each other only.