Is the world’s most modern religion truly being modern as its Gurus intended it to be? Is it empowering its women in the true sense? 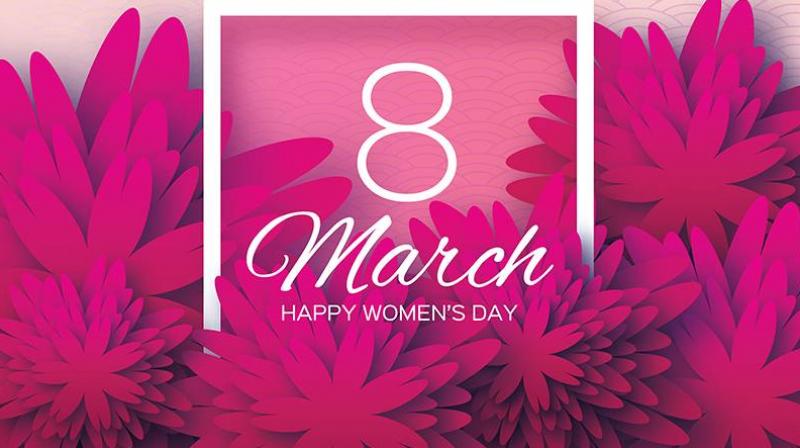 Chandigarh March 8 (Ravijot Kaur): Sikh religion, in its entirety is the most modern religion the world has ever seen. The proponents of this religion were the walking models of Women Empowerment even in the era when a woman was addressed as ‘Paer Di Jutti’. Guru Nanak came in a time when women were a tool of humiliating men. The invaders at that time, used women to torture and humiliate the native Hindus, and the natives used women as tools to pacify and get the invaders off their backs too.

Women were just pawns in the hands of men who had no morals. It was at such a time that the history of this region witnessed the advent of the great Guru Nanak. He was the first crusader of Women Empowerment the Indian Subcontinent saw. He uplifted women, spoke to the world for them, praised them, gave them equality in the new faith he was constructing. He put women on a pedestal by saying

From woman, man is born; within woman, man is conceived; to woman he is engaged and married. Woman becomes his friend; through woman, the future generations come. When his woman dies, he seeks another woman; to woman he is bound. So why call her bad? From her, kings are born. O Nanak, only the True Lord is without a woman.  This was probably the highest a man could have realistically described a woman’s importance in a man’s world. 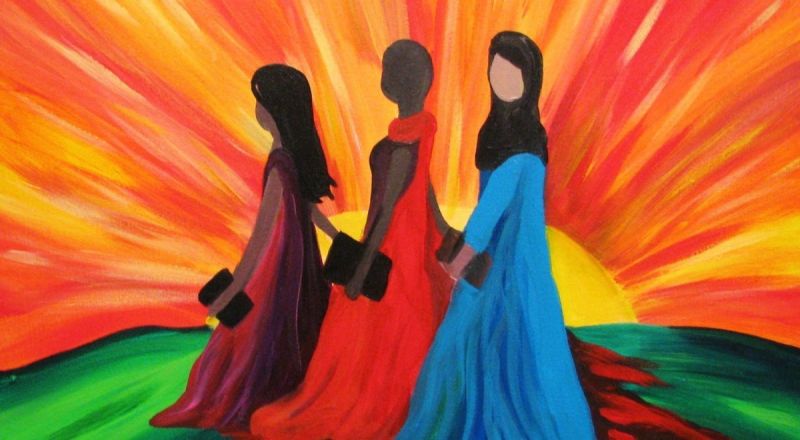 Guru Angad established Khadoor Sahib as his centre of Sikhi Parchar. He established Wrestling Akhadas, developed Gurmukhi script, and amidst all this, one major practice which he started was of ‘Langar’, the community kitchen. It is amazing how he entrusted such a major project, which was to be emulated for centuries to come, to a woman, his wife Mata Kheevi ji. The efficiency with which she ran langar in Khadoor Sahib has become an example with langars now running across the world and becoming a synonymn with Sikhi.

Guru Amardas always credited his enlightenment to his nephew’s wife, Bibi Amro. She was the daughter of second guru, Guru Angad, and it was recitation of Gurbani in such a pure manner which pulled Guru Amardas to Sikhi. Prohibiting Purdah (veil) in Sangat, the Holy Congregation, abolishing Sati among Sikhs, a practice where a Hindu woman burns herself alive in her husband’s funeral pyre, and widow remarriages were some strong steps Guru Amardas took towards liberation of women.

The ultimate elevation of women in Sikhi happened when Guru Gobind Singh blessed women with Amrit too, and gave them the name of ‘Kaur’. Kaur means a princess. Guru ji did not discriminate between men or women, gave them equal rights, same rituals, and same duties. Mata Sundari, his wife, led the Khalsa Panth for many years after he left for his heavenly abode. It was Guru Sahib who had issued a hukamnama appointing Mata Sundari ji as the head, and had asked her to take care of the political activities and well-being of the Panth. 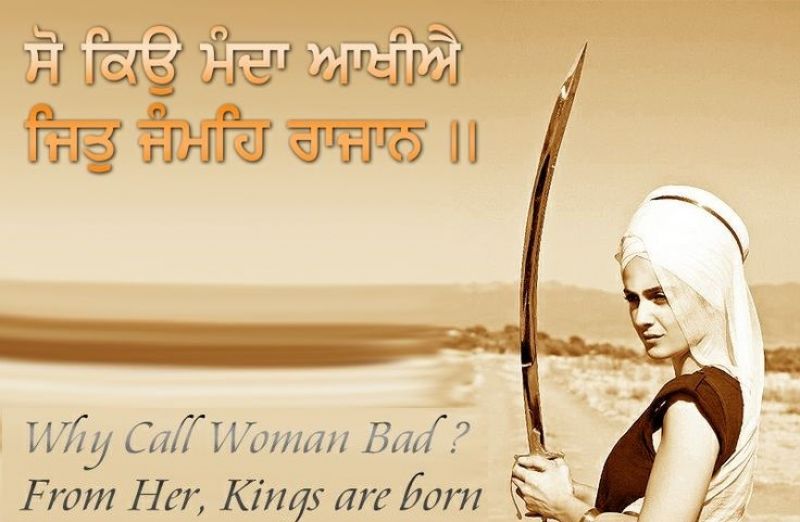 She was the one who added the sweetness of Pataashey in Amrit while the ceremony took place for the first time.  Sikh history has seen examples of women fighting political and physical battles matching step with a step, with the men. Mai Bhago, Bibi Harsharan Kaur, Jathedar Sada Kaur, Maharani Jindaan, Bibi Sahib Kaur, are some prime examples.   Coming to today, with such a glorious past, women in Sikhi are fighting for their basic rights.

The women, in 21st century are not allowed to go and pray while singing the pious Shabads, in the Supreme Temporal Seat of Sikhism, Sri Harmandir Sahib. All the five temporal seats of Sikhism, the five takhats also do not allow women this basic right.  We as Sikhs claim that we have the most humanitarian, modern philosophy, and we indeed have one. But, are we really walking on that path the Gurus showed us? Are we practicing the philosophy of

Which says, recognise whole human race as one. We tend to forget that human race does not only comprise of different religions, but genders too. We cannot claim to recognise various religions as one, but not the genders as one. Recognising women and men as equals is in the core of Sikh principles. There is no logic behind not allowing women to recite kirtan. Guru Sahib never discriminated against the menstruating women, neither did they preach anything of that sort. 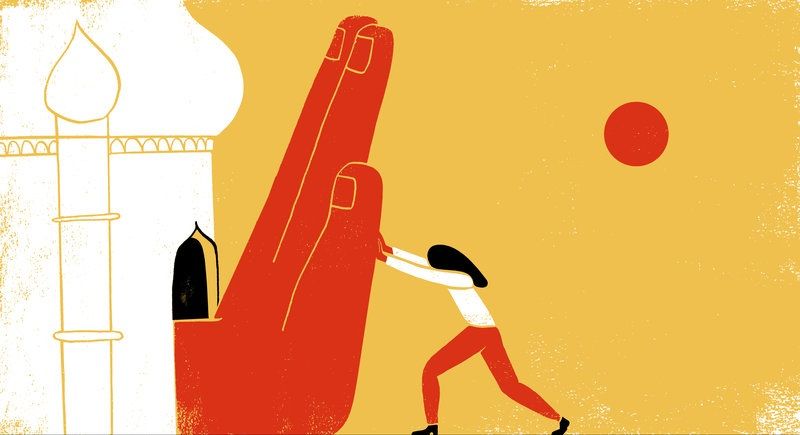 Giving the logic that women are ‘not pure’ does not hold in front of Guru Sahib’s teachings. Sikhism acknowledges menstrual cycle as a necessity for the continuation of life. Sikhism acknowledges it as a natural God-given process, and it is the woman’s blood which is required to create a new life. Guru ji rejects the idea of a menstruating woman being impure. Guru Nanak says:

If one's clothes are stained with blood, the garment becomes polluted. Those who suck the blood of human beings-how can their consciousness be pure? O Nanak, chant the Name of God, with heart-felt devotion. Everything else is just a pompous worldly show, and the practice of false deeds.  Those who are impure from within are the truly impure ones.  It is time we emulate what our gurus preached, lived and set an example for us.'

Let us empower our women in the spiritual field by giving them their full rights. Lets open the doors of Sewa in our Takhats for women. As it is said, sometimes children teach their parents, in the same way, Takhats must learn from other Gurdwaras which have opened its Sewa for women.  When we achieve this, and much more which is still left, only then can we be eligible to quote Guru Nanak empowering women in its true sense. Till then it is only a lip service.