Punjab Chief Minister Captain Amarinder Singh on Saturday announced a 4-week extension in the lockdown in Punjab, till June 30, with certain 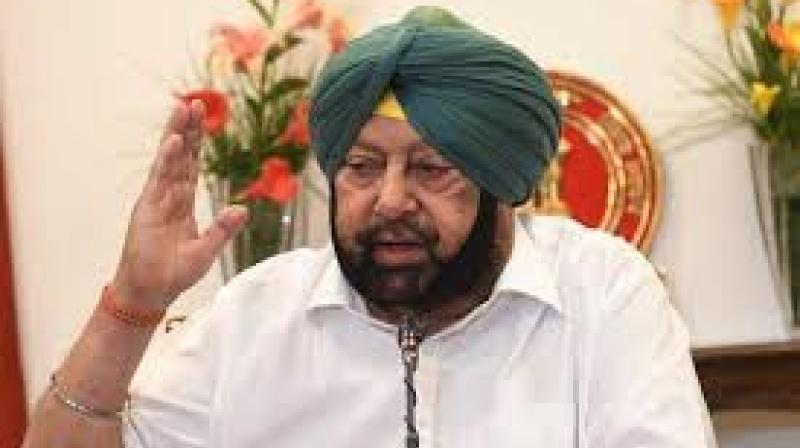 Chandigarh: Punjab Chief Minister Captain Amarinder Singh on Saturday announced a 4-week extension in the lockdown in Punjab, till June 30, with certain more relaxations, subject to the guidelines of the central government.

Though experts have advised against opening of the hospitality industry and malls, the Chief Minister said the state would take into account the central government guidelines for Lockdown 5.0. 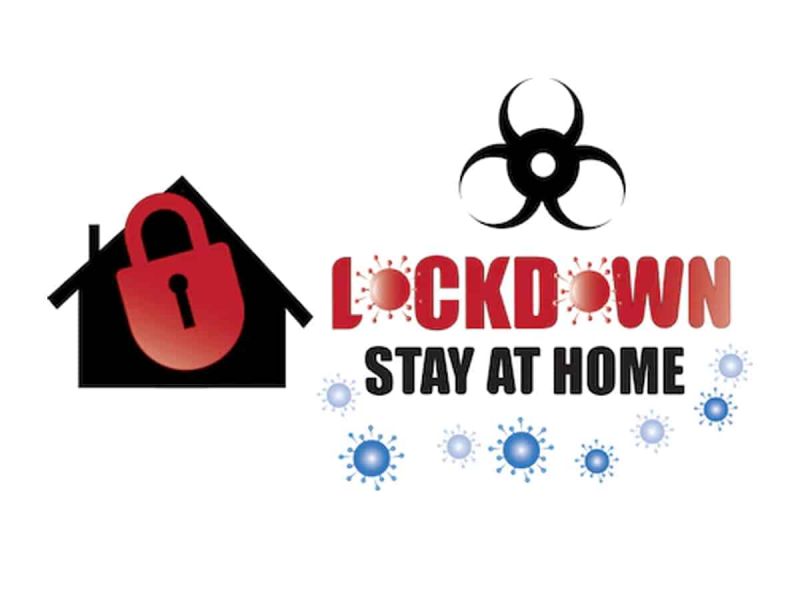 LockdownThe Chief Minister announced his decision after an on-ground assessment of the Covid situation through a Video Conference with health experts, along with top officials and Cabinet Ministers Bharat Bhushan Ashu, Balbir Singh Sidhu and Tript Singh Bajwa. The move is also in line with the central government’s decision to extend the national lockdown beyond May 31.

Captain Amarinder later said during his weekly Facebook Live session that the threat of Covid was not over yet, and if necessary, he would continue to take tough measures to save the lives of Punjabis.

Underlining the need to continue to exercise extreme caution, he lauded the citizens for following all health norms to help the state government in controlling the pandemic spread to a great extent.

Making it clear that the extension of the lockdown in Punjab would be conditional to strict adherence to Covid safety protocols, including physical distancing and wearing of masks, the Chief Minister also ordered distribution of free masks to the poor. 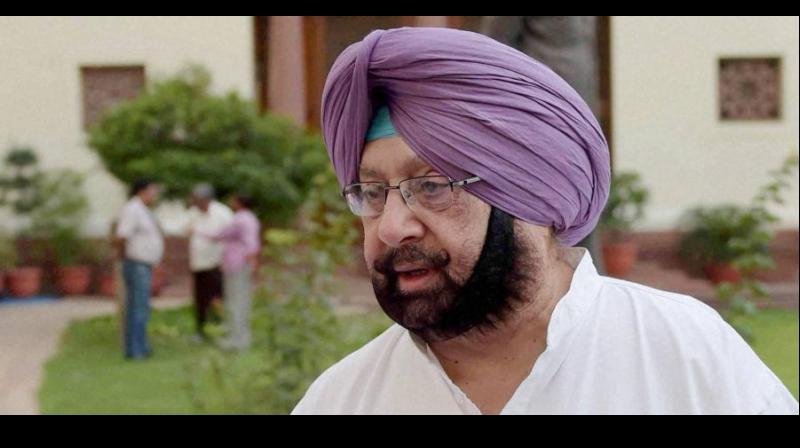 Capt Amarinder SinghHe directed Food & Civil Supplies Minister Bharat Bhushan Ashu to ensure immediate steps for the distribution of masks as part of ration kids to the needy and poor, who could not afford to purchase them.

DGP Dinkar Gupta told the review Video Conference that wearing of masks was being strictly enforces across districts, with more than Rs 1 crore collected so far in fine from the offenders.

The Chief Minister sought an update during the meeting on the state government’s plans for launch of home surveillance and Covid Foot Soldiers deployment to track and trace infections. He was informed by Anurag Agarwal, Principal Secretary (Health & Family Welfare) that both would be launched over the next couple of days.

Asha workers and other local women from the community were being hired to undertake home to home surveillance across districts, and they would be paid Rs 2 per head in every household surveyed, he said. As for the tracing and tracking of symptomatic cases who were not reporting to the health authorities, an app was currently being field-tested and would launched in 2-3 days.

Youngsters would be asked to download the app to voluntarily report on such cases, said Agarwal, adding that mandatory OTP verification of these Covid Foot Soldiers would be ensured to check false reporting. 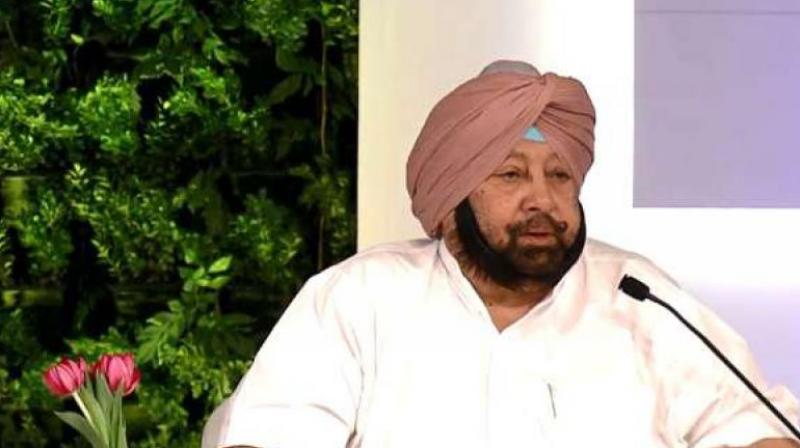 Punjab Chief Minister Captain Amarinder The Chief Minister later, in his FB session, said non-reporting to health authorities by those returning to the state, especially from abroad, was a big challenge, as it complicated their contact tracing and endangered the lives of others. He revealed that 9560 of such people had been traced and tested, andsome positive cases had been found among these.

Though there was an overall decline in the daily cases, and of the 2158 positive cases so far, 1946 had recovered fully, the new cases that had emerged in the last few days was a matter of concern, he added, appealing to people to report any instance of returnees someone jumping medical checking by the state government.

Chief Secretary Karan Avtar Singh apprised the Chief Minister during the VC of the screening/testing being done at airports and railway stations to check the spread of the Covid in view of the large influx of people coming from other states. While all entrants to the state were being screened, and had to undergo 14-day mandatory home quarantine, testing facilities had also been installed to undertake random testing at the airports and stations, he added.

Those who could not download COVA app would have to fill in declaration forms on the trains, and submit the same at the stations, he said. 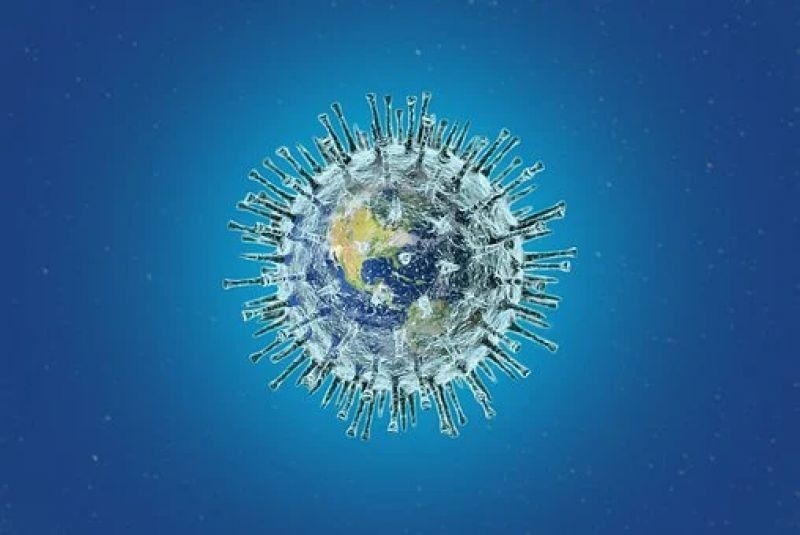 Corona VirusUnderscoring the need to strictly adhere to all health norms, Captain Amarinder said in his FB session that 36,820 people have been fined for not wearing masks and 4032 persons for spitting in public in just 11 days from May 17 till May 28. As many as 6061 persons had been fined for not wearing masks in just the last 24 hours, he said, adding that 503 FIRs had been registered in this period for violation of rules.

Expressing his concern about possible community spread in his reply to another query, he said this is the threat we face now and he would keep this fact in mind while deciding about relaxations. Referring to cases in Amritsar, in reply to another query by a resident, he said out of 7 cases reported yesterday, six were contact cases.

Regarding rapid testing kits, Captain Amarinder said those received by the state from China and South Korea had to be returned as they were defective.

More flights are resuming, with three flights daily from Dubai, the Chief Minister said in reply to a Dubai resident seeking to come to Chandigarh. Normal flights had not yet resumed, he said, asking the questioner to get in touch with the Consulate Office.

We have not stopped private buses in villages to operate, but the decision was up to private operators, he told a questioner.

On the crackdown on spurious liquor during lockdown, the Chief Minister said 97 bhattas had been sealed, with 1,729 FIRs registered and 1360 persons arrested. The government was also taking stern action against those trying to smuggle liquor into Punjab, he added.

The Chief Minister expressed his appreciation for farmers for another bumper crop year, saying that around Rs 23,000 Crore had been infused in the rural economy due to the procurement of 128 LMTs wheat.

On the locust threat, the Chief Minister said all arrangements had been put in place in seven districts bordering Rajasthan and Haryana.

On a complaint by a Ludhiana resident about violation of government instructions by schools, he asked the DC to take strict action against such schools.

Responding to a question, the Chief Minister said he was happy to note that 85% of the state’s industry had already started operations with 65% of labour engaged in it. The government was facilitating many multinational IT firms, including Quark, to set base in Mohali and many more would come to Punjab as the situation improves, he said in reply to another query.

To a question regarding the Centre’s conditions for availing additional debt, the Chief Minister said that in a federal structure, a state is responsible for ensuring the economic growth of its people. “We are custodians of our people's financial needs,” he said, asserting that the Centre would have to remove these conditionalities in the spirit of federalism.