WILL ENSURE KARTARPUR CORRIDOR IS NOT SHUT DOWN, SAYS CAPT AMARINDER

captain Amarinder Singh on Wednesday reiterated that his government will not let the Kartarpur Corridor be shut down under any circumstances. 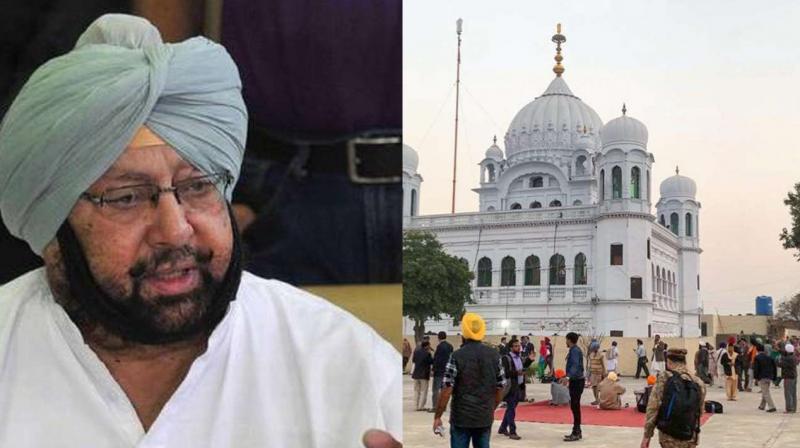 Chandigarh: Punjab Chief Minister Captain Amarinder Singh on Wednesday reiterated that his government will not let the Kartarpur Corridor be shut down under any circumstances.

Referring to it as a historic landmark, he said in the House that its opening had fulfilled the long-cherished wish of Punjabis to have khulle-darshan deedar of Sri Kartarpur Sahib, and that too during the 550th Prakash Purb celebration of Sri Guru Nanak Dev ji.

All of us were fortunate to have celebrated the occasion during our lifetime, he said, adding that the celebrations will continue throughout the year, and all the projects and schemes of over Rs. 3000 crore envisaged and started during the year would be completed.

The State Government had also decided to celebrate the 400th Birth Anniversary of ‘Hind ki Chaadar’ Sri Guru Tegh Bahadur ji, starting from April this year, in a befitting manner, said the Chief Minister, adding that the Sri Anandpur Sahib-Banga via Garhshankar Road would be developed as four-laned Sri Guru Tegh Bahadur Marg, with an estimated investment of Rs. 400 crore, to mark the occasion.

The State Government also plans to observe the 350thbirth anniversary celebrations of the great Sikh Warrior Baba Banda Singh Bahadur Ji in the most befitting manner, besides observing the Birth centenary of Acharya Shri Mahapragya– 10thHead of Shwetambar Tera Panth and the 750th Birth Anniversary of Bhagat Namdev ji.