A statue of former prime minister Rajiv Gandhi here was vandalized on Tuesday by some persons, who Punjab Chief Minister... 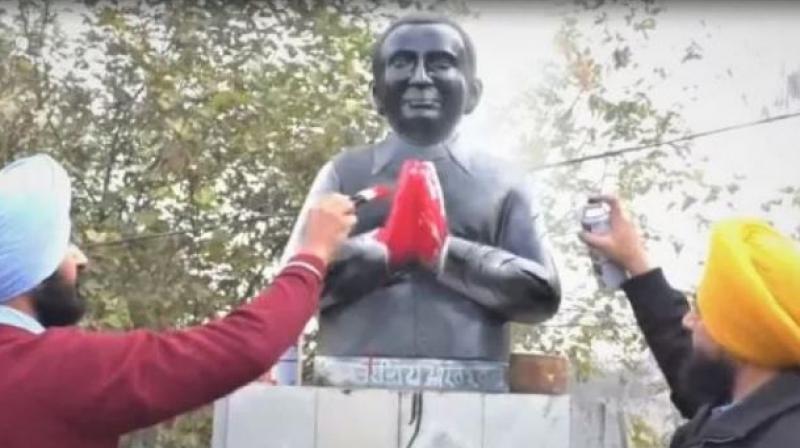 Ludhiana, Dec 25 (PTI) A statue of former prime minister Rajiv Gandhi here was vandalized on Tuesday by some persons, who Punjab Chief Minister Amarinder Singh claimed, owed allegiance to the Shiromani Akali Dal in the state. The chief minister has asked the police to take action in the matter and identify the perpetrators. The paint was sprayed by the miscreants on the statue at the Salem Tabri area here, police said.

They carried out the act in full public glare and blamed Rajiv Gandhi for the 1984 anti-Sikh riots, they said. Condemning the incident, Singh tweeted, "Strongly condemn vandalization of Rajiv Gandhi's statue by @Akali_ Dal_ workers in Ludhiana. Have asked Police to identify the guilty & take strict action." "@officeofssbadal should apologize to people of Punjab for this obnoxious act," he posted on Twitter tagging the office of SAD chief Sukhbir Singh Badal.

Amarinder Singh also asked the SAD to apologize to the people of Punjab for this act. Police said the miscreants demanded that statues of Rajiv Gandhi across the country be removed and Bharat Ratna conferred on him be withdrawn. The statue was later cleaned by some Ludhiana Congress leaders. Congress's Ludhiana president Gurpreet Singh said they have lodged a police complaint.