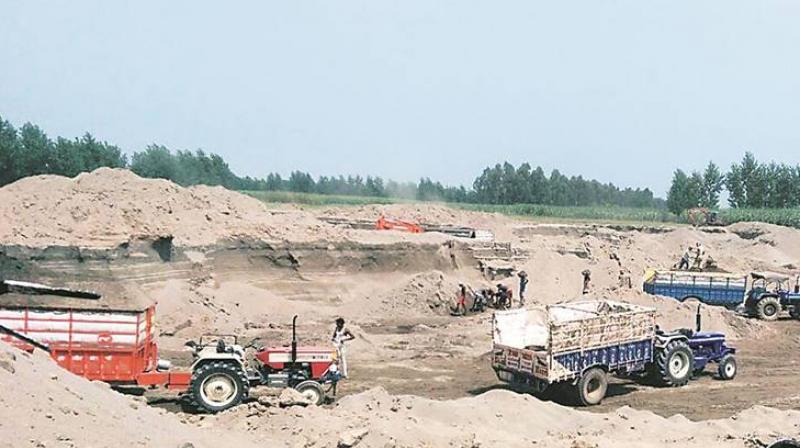 A Division Bench of the Punjab and Haryana High Court today set aside the auction notice issued by the State Government for auction of mining quarries in the State of Punjab. The mining auction was scheduled to be held on 27.12.2018 for sand and gravel in different districts of the state of Punjab.

In a PIL filed by an Advocate of High Court namely Gagneshwar Walia and in a writ petition filed by the mining contractors of district Ropar who had surrendered their mines being operated by them under the erstwhile reverse bidding process had challenged the Mining Policy of 2018 notified by the government as also the E Auction notice issued by it.

Secondly, that the action of the Government in issuing the notification for auction of sand and gravel for the unspecified stretches of river bed and other areas in various districts by making blocks, and that too without getting the quarries identified and demarcated. It was argued that this would cause huge impact on environment as well depletion of natural resources and lead to illegal and uncontrolled mining.

Further it was argued that the said auction notice and the action of the Government is in violation of the guidelines issued by the Ministry of Environment and Forest. After hearing the arguments of the petitioners the Hon’ble Division Bench headed by Hon’ble Mr. Justice Mahesh Grover held that the Sand Mining Policy of the State Government in giving the block wise contracts is justifiable but it was held that the issuance of auction notification without identification of mining quarries,

without demarcation of mines and without conducting replenishment study is illegal and is against the law laid down by the Hon’ble Supreme Court in Deepak Kumar’s judgement and various judgements of this High Court. Further it was held that auction notice is also in violation of the guidelines framed by the MOEF. In view of above discussion, the Division Bench of the High Court while upholding the policy,

quashed the auction notice and direction was issued to the State Government that the fresh auction notice be issued for award of contracts after identifying the quarries as per the law. Further while deciding the issue it was also held by the Court that the petitioners who had the mining contracts earlier are allowed to continue their work as per the terms of old policy. By virtue of this the petitioners who are the reverse bidding contractors and who had surrendered their contracts as per the orders of the Hon’ble Supreme Court will get their contracts back.