A WhatsApp photograph of a head flashed on Vijay Kumar's phone screen at 3 am Saturday, confirming his worst fears... 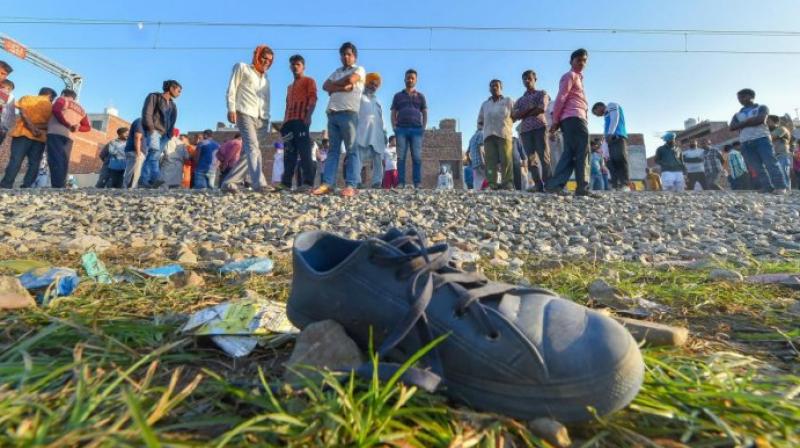 PTI, Amritsar (20th Oct'18): A WhatsApp photograph of a head flashed on Vijay Kumar's phone screen at 3 am Saturday, confirming his worst fears -- his 18-year-old son Manish was one of the revellers mowed down by a train while they were watching Ravan's effigy burnt the evening before. His younger son, Ashish, returned safely from the festivities, said Kumar, but the frantic search for Manish ended with that 'ping' on his phone. He has since been roaming from hospital to hospital looking for the remains of his elder son.

It was a night of unspeakable horrors, said the father, aware that his son was decapitated when the train hurtled through the tracks, killing 61 people and injuring more than 70. A leg was found and one hand, but they are not Manish's. "My son was wearing blue jeans. This one is not wearing blue jeans. I have lost my world," an inconsolable Kumar said outside the Guru Nanak Hospital, attached to the Government Medical College, where most of the 70 who were injured Friday evening have been taken. 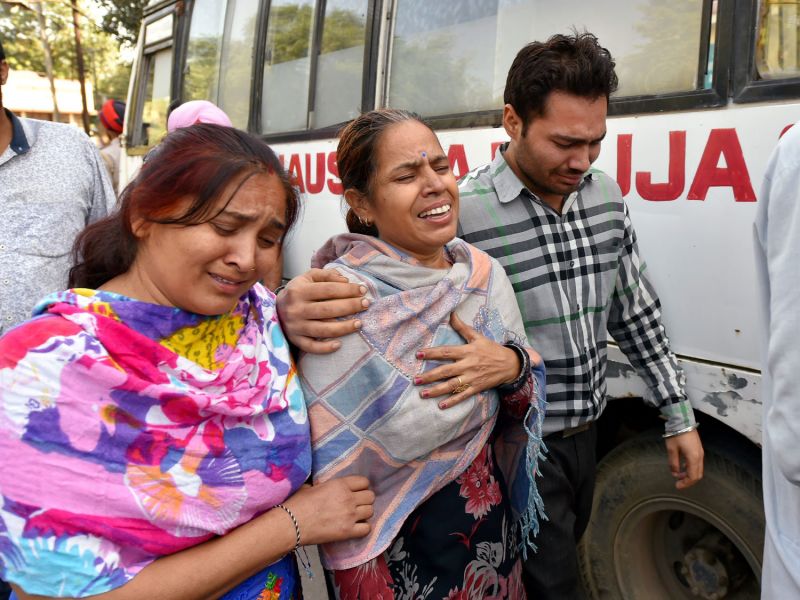 As people milled around the hospital compound, some stunned into silence by the enormity of the tragedy that felled their loved one and others holding back tears, the injured were inside, grappling with their wounds and trying to piece together what had happened.  Among them was Sapna, who was on a WhatsApp call with her husband Satender to relay the 'Ravan Dahan' event live to him, when the accident took place. The 30-year-old, who suffered head injuries, said she saw body parts scattered around the tracks and a severed head.

"When the effigy was set afire, people started moving away from the stage and towards the tracks," she said, recalling the minutes before tragedy struck. As a train approached the area, people tried to clear the tracks and move towards another line, leading to a stampede-like situation. Moments later, another train came from the opposite direction at a high speed and ran over the crowds. She said they could not hear sound of the horn due to the sound of the bursting crackers. 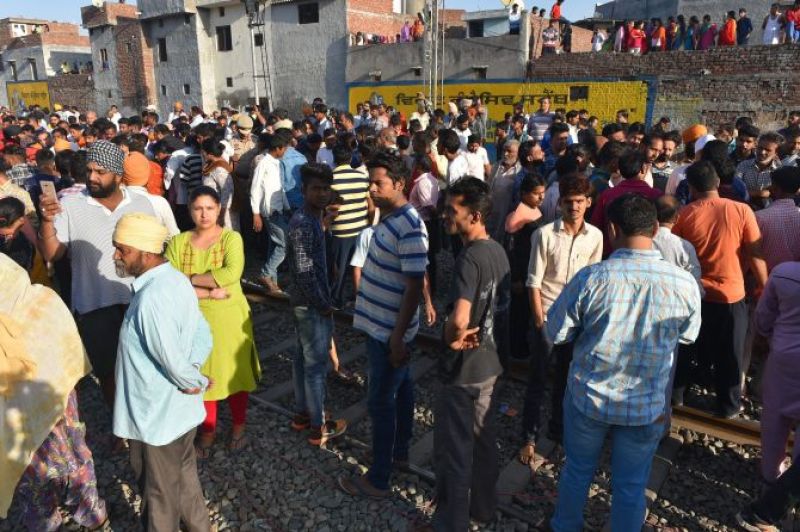 "The train driver should have noticed the crowd as there was light and people were holding their mobile phones up to record the event," Sapna said. Sapna lost her cousin and her one-year-old niece, who she said were not killed crushed by the train but in the stampede that ensued. The baby was flung on the stones and the mother was probably trampled to death by the crowds trying to flee. Jagunandan, a 40-year-old wage labourer from Hardoi in Uttar Pradesh who has suffered injuries in the head and leg, said he was not standing near the tracks but was pushed as people started running away from the main stage after the Ravan effigy was set afire.

The father of four was brought to hospital by a relative, who accompanied him to the event. Seven-year-old girl Khushi, who accompanied her mother Paramjit Kaur for the festivities, remains in a state of shock on her hospital bed. Khushi, who also fell close to the tracks, was brought to the hospital in an unconscious state. She lies wordless in her hospital bed. She, too, fell close to the tracks. Recounting the minutes before the disaster, most of the injured said they could not hear the horn of the approaching train. They said another train had passed moments earlier. The sound of the firecrackers as the effigy came down, the train heading at a high speed led to commotion, triggering a stampede like situation, they said.