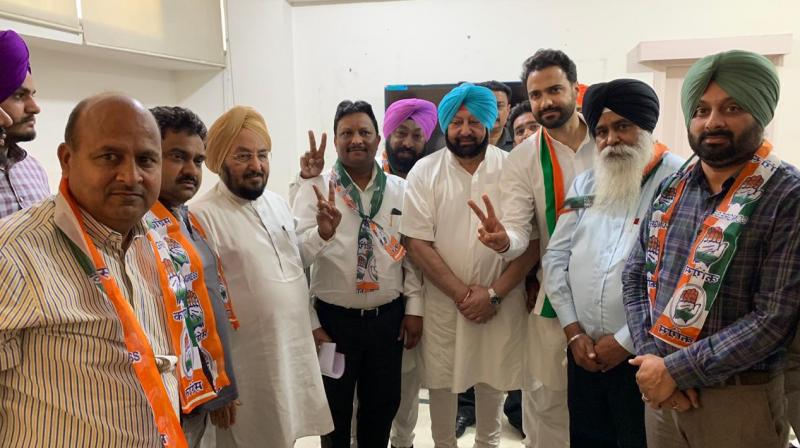 Chandigarh, April 19: Delivering a major blow to the Aam Aadmi Party (AAP) and its Sukhpal Singh Khaira led splinter group of Punjabi Ekta Party (PEP) in Sangrur Lok Sabha constituency, several prominent leaders of the two parties joined the Punjab Congress, along with their supporters, in the presence of Captain Amarinder Singh here on Friday afternoon.

Their joining has given a big boost to the Congress in Sangrur parliamentary constituency, with the party candidate from the seat, Kewal Singh Dhillon, instrumental in these leaders leaving AAP and PEP to throw their weight behind the Congress. Kewal Dhillon’s son and Congress leader Karan Dhillon, Congress leader was also present on the occasion of their joining.

An ex-SAD MLA along with  some BSP leaders from Banga also joined the Congress today. Chief Minister Captain Amarinder Singh said this mass exodus into the Congress showed  across-the-board disillusionment of the people of Punjab with the various opposition parties, which were completely bereft of any constructive agenda or programme for the state’s development to offer. 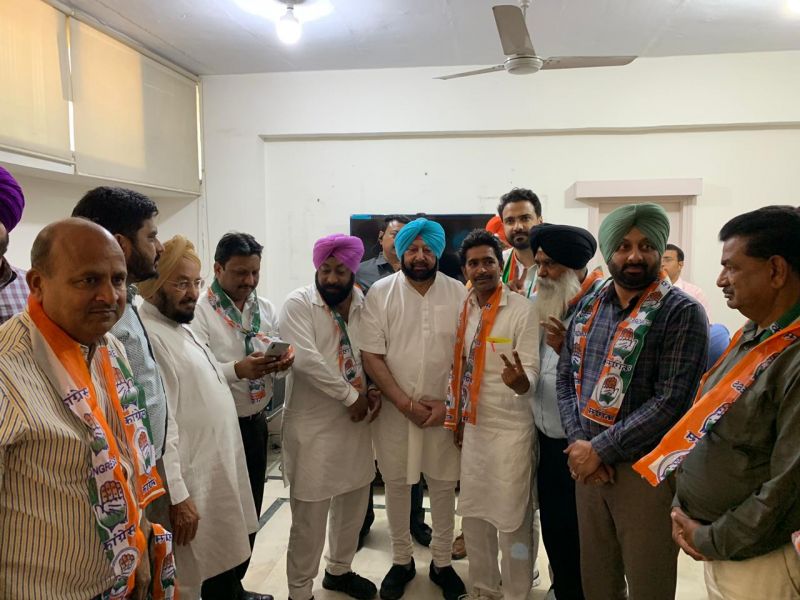 Welcoming the newcomers into the party fold, Captain Amarinder said all like-minded individuals, who believed in the welfare of the nation and were opposed to the negative policies of other parties, were making a beeline for the Congress, which was the only party at the national and state level to deliver on its promises.

Those from Banga who joined the Congress included ex-SAD MLA Ch. Mohan Singh, as well as former BSP leaders Gurlal Singh Saila and Rajinder Singh Thekedar. Meanwhile, continuing with his personal interactions with party leaders and workers from various constituencies, the Chief Minister today met MLAs and DCC presidents from Hoshiarpur to discuss the strategy to ensure that the party candidate from the constituency, Raj Kumar Chabbewal, wins with a huge margin.