capt appeals to religious organisations to keep gatherings under 50 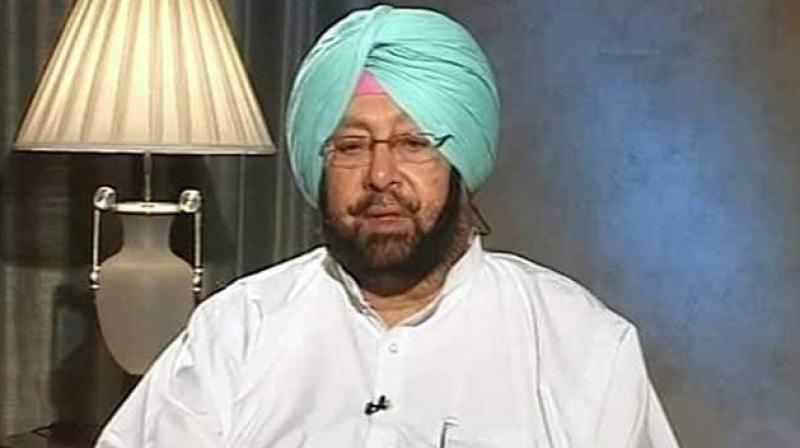 Chandigarh: Even as the state government geared up to launch a door-to-door awareness campaign from tomorrow, Punjab Chief Minister Captain Amarinder Singh on Wednesday appealed to religious organisations and Dera heads to keep gatherings under 50 in support of the government’s efforts to check the spread of the Coronvirus.

The Chief Minister said, after a series of review meetings with the Health and other concerned departments, that while Punjab, with one confirmed case, was so far safe, it could not afford to be complacent in the face of the globally spreading Coronavirus pandemic.

The state government was also mulling giving bail to those convicted for minor offences and parole to those who had spent considerable time in jail, said Captain Amarinder, pointing out that the Supreme Court had talked about decongesting the prisons. The final decision would, however, depend on the courts and the state Adgocate General Atul Nanda was taking up the matter with the Chief Justice of the Punjab & Haryana High Court, he added.

COVID-2019 had spread as an epidemic in many countries and the threat of a similar crisis looms large over India, Captain Amarinder pointed out, adding that his government was taking all possible measures to stop the disease from spreading further. Strict monitoring was being conducted of all those arriving from high-risk countries and so far, 116 suspected cases had been tested, he added.

The Chief Minister said his government was also ready to look into providing mid-day meals to students at homes or, alternatively, putting money into their accounts, though no such request had been received so far.Even as he reiterated his appeal to people to avoid large gatherings and comply strictly with the state government’s directives to limit gatherings to 50 people, the Chief Minister also appealed to religious organisations to keep gatherings at 50 or even less to avert any exigency arising out of the Coronavirus pandemic.

Noting that mortality rate was higher among senior citizens and those with compromised immunity, he urged such people to take extra precautions, with their families also taking special care against the outbreak.

Appreciating the hard work of the doctors and other medical staff engaged in fighting the problem, Captain Amarinder said the state had adequate life support system and medicines. A total of 1700 isolation beds were available, with the entire hostel of Gyan Sagar Medical College, Rajpura, dedicted for the purpose, he disclosed.