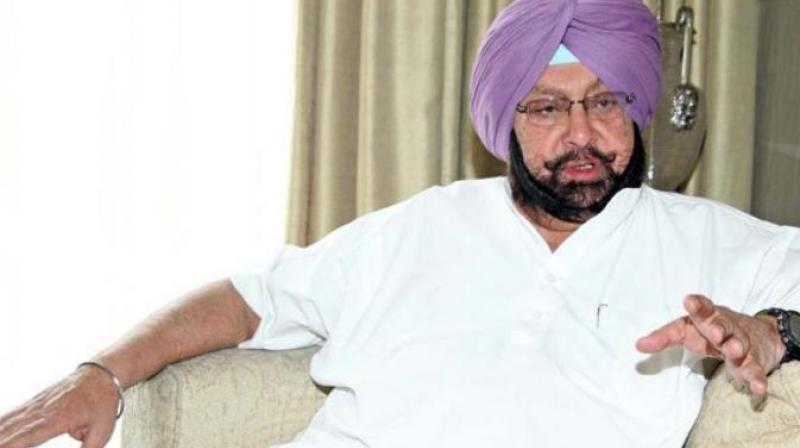 Chandigarh: Punjab Chief Minister Captain Amarinder Singh has ridiculed SAD chief Sukhbir Singh Badal over his `crocodile tears’ on the Bargari issue, and made it clear that his government will follow the cases through to their logical conclusion.

Reacting to the Shiromani Akali Dal (SAD) decision to challenge the CBI closure in the Bargari cases, the Chief Minister lashed out at Sukhbir for trying to fool the people by pretending to be concerned about the issue.

Instead of probing the matter himself, Sukhbir, who was then Deputy Chief Minister and Home Minister of the state, had been responsible for sending the first three cases related to the Bargari issue to the Central Bureau of Investigation (CBI), pointed out the Chief Minister.

Now that the CBI has completed its probe and filed a closure report, Sukhbir is getting the jitters, indicating complicity at some level in the entire affair, he added.

How else can the SAD decision to challenge the CBI closure report in court be explained, asked Captain Amarinder, lambasting Sukhbir for once again seeking to politicize the sensitive issue and possibly to wriggle out of his own responsibility in ensuring a fair and thorough probe into the matter under the SAD-BJP rule.

The Chief Minister asked Sukhbir not to forget the simple fact that even now, when the CBI has filed the closure report which he wants to challenge, it is the NDA government in power at the Centre, with his SAD a part of it. It is time to stop trying to fool the people by twisting facts and raising false flags, he told the SAD president.

Reiterating his promise to bring to book all those involved in the sacrilege of Sri Guru Granth Sahib ji, and the subsequent police firing on peaceful protestors, Captain Amarinder said his government was committed to expose the entire conspiracy that was clearly behind the incident. Nobody can be allowed to get away with such brazen attempts to spread disharmony in the state, he asserted.

The Chief Minister has, meanwhile, asked Advocate General Atul Nanda to look into all the legal options to take the case to its logical conclusion.