DISAPPOINTED,SAYS CAPTAIN ON RAHUL’S RESIGNATION, BUT HOPES HE WILL RETURN IN FUTURE 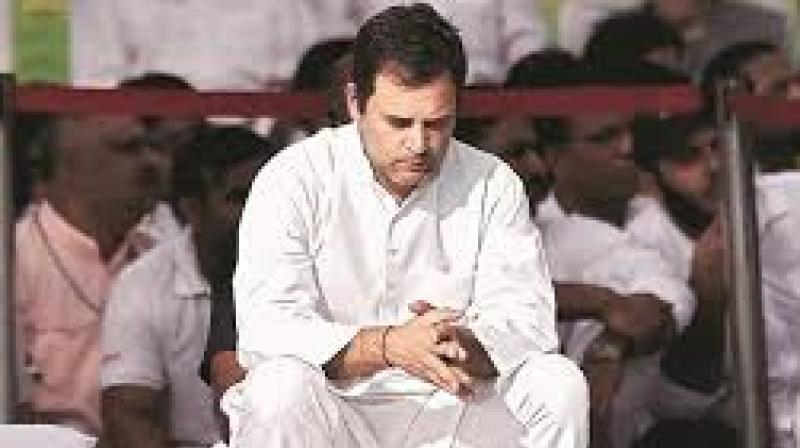 Expressing disappointment over Rahul Gandhi’s resignation as Congress president, Punjab Chief Minister Captain Amarinder on Wednesday said Rahul should have continued to lead the party with the same dynamism and fighting spirit with which he had steered the election campaign.

Reiterating that the onus of the party’s defeat in the recent Lok Sabha polls did not lie on Rahul’s shoulders alone but was the collective responsibility of all the Congress leaders, Captain Amarinder said one electoral defeat could not be taken to define the sum total of the leadership of Rahul. It was not fair for Rahul to hold himself accountable for a collective defeat, he added.

Pointing out that Rahul had successfully led the party to scintillating victories in three states during Assembly polls just a few months before the LS elections, the Chief Minister said it was clearly a multitude of factors that caused the downfall of the party in the parliamentary elections. The BJP swept the polls at the back of their nationalist diatribe, which overshadowed the positive electioneering of the Congress led by Rahul, he added.

Victory and defeat are part of any political party’s fortunes in an electoral polity like ours, said Captain Amarinder, adding that every defeat forms the platform for the party to rise again. Under Rahul’s mature and dynamic leadership, the Congress would definitely have risen again, like the Phoenix, to emerge stronger and more powerful, he added.

This was what he and other Congress chief ministers had conveyed to Rahul when they met him on Monday in New Delhi, Captain Amarinder said, lamenting that they had failed to persuade Rahul to reconsider his decision to quit.

The Chief Minister hoped Rahul will return to the helm of the party soon. “It is a difficult time for the party, but together, we will get through it, to come out stronger and bigger, with Rahul’s vision continuing to guide us,” he added.