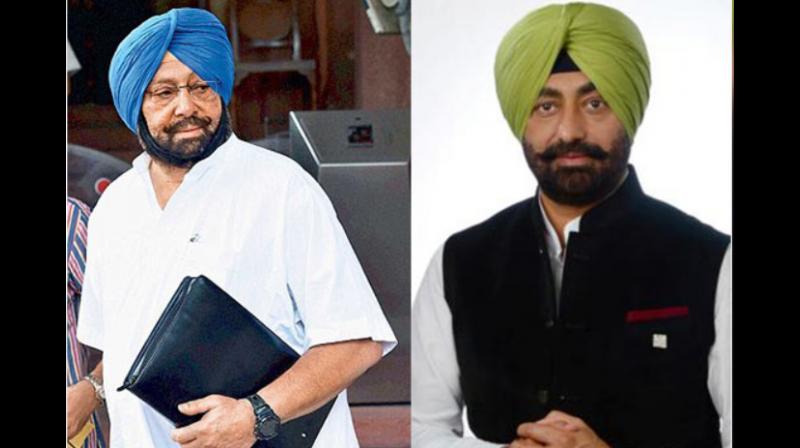 Chandigarh, June 13: Punjab CMCaptain Amarinder Singh on Thursday rejected Sukhpal Singh Khaira’s allegation of the state’s canals going dry while the government was releasing water to Pakistan, and said surplus water was being discharged as a precautionary measure to prevent flooding in the areas along Sutlej and Beas rivers.Reacting to the PEP chief’s baseless accusations, the Chief Minister termed the charges as politically motivated and aimed at spreading disinformation.

Khaira was a chronic attention-seeker with no credibility and no respect for truth, said Captain Amarinder, lashing out at the PEP leader and terming as ludicrous his outrageous remarks questioning the Chief Minister’s `motives’.

The decision to release excess water, in a regulated manner, was a precautionary measure taken by a Technical Committee meeting held on 28-05-2019, wherein all partner states were represented, said the Chief Minister. A unanimous view emerged at the meeting that there was clearly surplus water and it would be appropriate to use it gainfully by releasing excess supplies and get the benefit of power generation too. If it was not done now then excess water released through spillway will not only go waste, but will also cause flood damages in the areas located along rivers Sutlej and Beas, the Committee found.

The Chief Minister ridiculed Khaira for reading a hidden agenda and motive in a decision taken on technical grounds by all the partner states. Not only was the release of excess water necessary to prevent flooding later, it was actually beneficial for the state, pointed out Captain Amarinder, adding that there was no shortage of water as a result of this discharge.

The water requirement in the fields was being fully met for cotton sowing and water had now been released in all canals to meet with the requirement of paddy transplantation which was due to start from 13th June, as per the government’s policy to arrest decline of ground water which occurs due to early sowing, Captain further disclosed and urged Khaira to stop indulging in histrionics to stay in public limelight by making unsubstantiated claims.

Contrary to Khaira’s unfounded claims of 15,000 to 20,000 cusecs of water being released, on an average, 8700 Cs of water on daily basis had been released downstream of Ferozepur headwork's to Pakistan for the past 24 days, with regular monitoring of the situation, said the Chief Minister. The releases going down to Pakistan will be controlled in the coming days, he added.

The CM cited figures to state that water level in Bakhra Dam as on 13-06-2019 stood at 1609.43 ft, which was about 100 ft higher than last year's level and 38 ft higher than the historical maximum level observed on this date. The situation was equally worrying at Pong dam and Ranjeet Sagar Dam, where water levels in reservoirs was 46.41 ft and 38 feet respectively higher than the corresponding levels last year on the same date. Due to heavy snow accumulation and normal forecast for Monsoon by IMD, the inflows were also expected to be higher this year, he further disclosed.

Had the decision to go in for precautionary releases not been taken, river Sutlej was sure to experience releases from Bhakhra in the range of 50,000 to 2,00,000 cusecs during the months of July and August, which would trigger floods in the areas near the river, the Chief Minister pointed out.