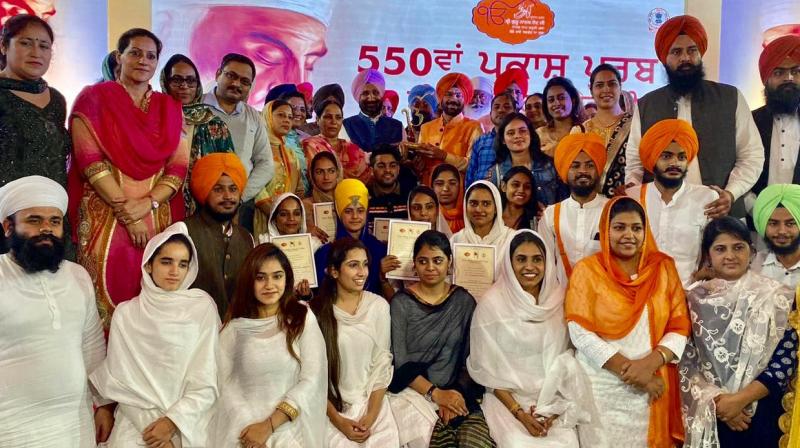 Dera Baba Nanak (Gurdaspur): On the fourth day today of ‘Dera Baba Nanak Utsav’ being organized on the eve of the 550th prakash purb of Sahib Sri Guru Nanak Dev Ji and the opening of Sri Kartarpur Sahib Corridor, the presentations by the young artists on the religious themes held the sangat spellbound.

The utsav being organized courtesy all the institutions of the cooperative sector of Punjab saw ‘Online Youth Festival’ being held, the results of which were announced today. The winners were given cash prizes worth Rs. 15.90 lakh by S. Sukhjinder Singh Randhawa. The Overall winner was Guru Nanak Dev University, Amritsar which was felicitated with the cash prize of Rs. 1.01 lakh. 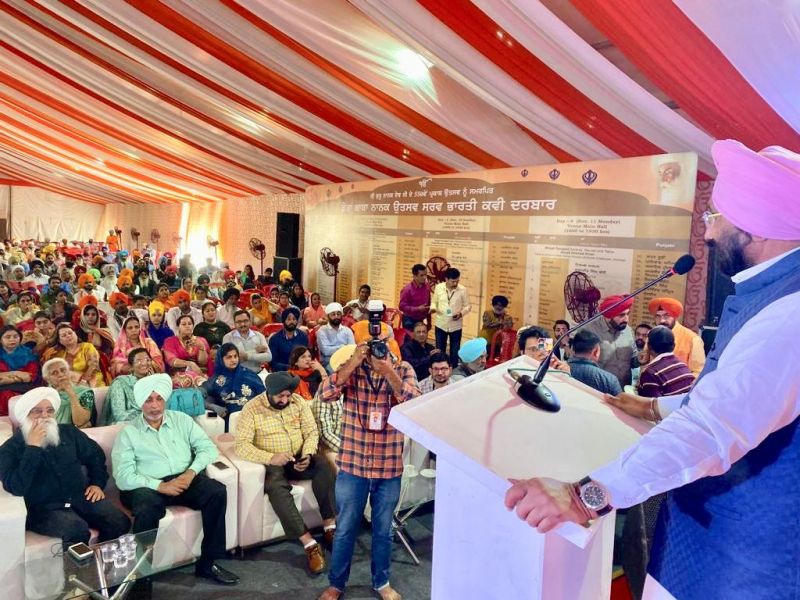 The 4thpandal named ‘Balihari Kudrat Vaseya’ was full to the capacity which people thronged to watch the talent showcased by the winners of ‘Dera Baba Nanak Online Utsav’. In his address before distributing the prizes, S. Randhawa said that it is the need of the hour the modern day youth be sensitized about the philosophy of Sri Guru Nanak Dev Ji. The minister in his address also said that the opening of Sri Kartarpur Sahib Corridor is the result of the prayers of the entire Nanak Naam Leva Sangat.

Meanwhile, the minister also honoured 550 students who had won the block and state level academic competitions.The volunteers of the National Service Scheme (N.S.S.) from Punjab, Chandigarh, Uttar Pradesh, Maharashtra and other parts of the country also performed various kinds of services that included guiding the visitors, Distributing literature, performing Sewa in langar, and Distributing water bottles to the sangat. 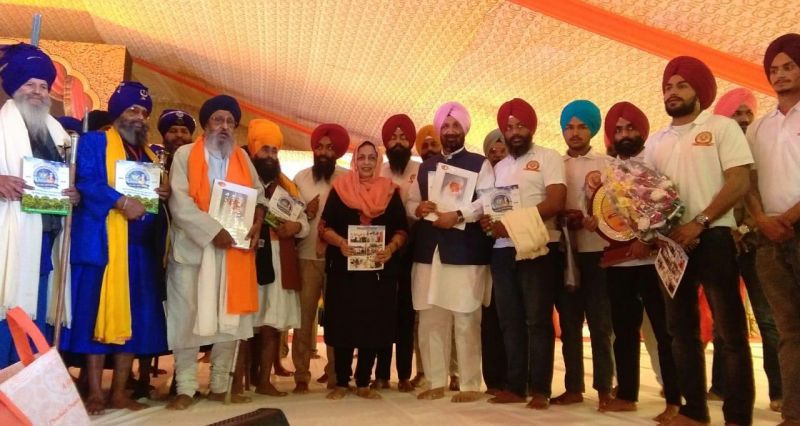 Sukhjinder Singh RandhawaOn the occasion, a book penned by eminent scholar Dr. Harshinder Kaur titled ‘Guru Nanak Diyan Manav Kalyankari Sikhyawan’ was also released by the Cooperation and Jails Minister S. Sukhjinder Singh Randhawa and other religious personalities. Expressing her views, Dr. Harshinder Kaur said that Sri Guru Nanak Dev Ji accorded a very respectable status to women and the need of the hour is to follow the philosophy of Guru Sahib in that respect.