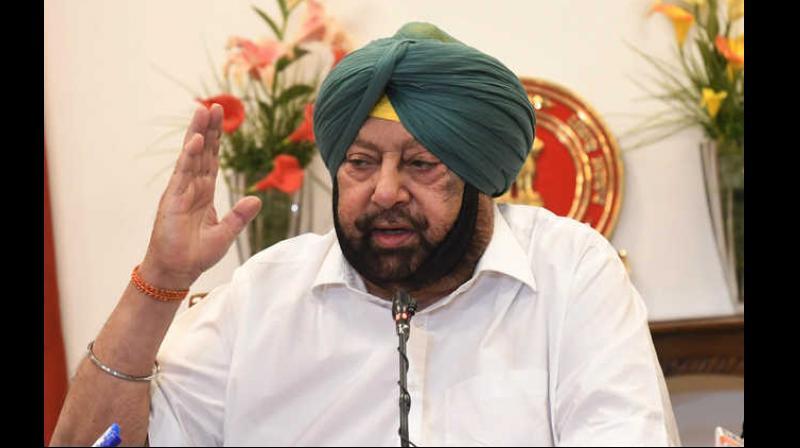 Chandigarh: Asserting that the Punjab Police force was on its toes and keeping a close watch on anti-national activities from across the border even amid the Covid crisis, Chief Minister Captain Amarinder Singh on Saturday warned Pakistan against its persistent attempts to spread narco-terrorism from across the border.

“Our eyes are open to what Pakistan is doing,” the Chief Minister said, in the wake of the arrest of a big fish in the drugs business by the police, assuring the people that no matter how much the force is busy in Covid duties, the police is keeping a close watch on the borders. He congratulated the force, led by DGP Dinkar Gupta, for the latest arrests, as well as the important role played by them in the Kashmir operations against Hizbul Mujahideen. He referred to the arrest of Hilal, an active worker of Hizbul Mujahideen and a close associate of the banned outfit’s commander, Naikoo, who was killed by security forces in Kashmir.

Pakistan is not letting up on its attempts to push drugs, weapons and drug money despite the Covid crisis, clearly in an attempt to destabilise the state and disturb its peace, “but we will not allow that to happen,” declared Captain Amarinder.From the Punjab Police to the BSF (the first line of defence at the borders), everyone was on their toes to defeat the nefarious designs of Pakistan, said the Chief Minister, adding that the state’s police force was working in a sustained and active manner to ensure that they do not get away with their wicked plans.

Observing that terrorists and gangsters had probably thought they could use the gap created by the diversion of resources and police manpower to Covid duties to smuggle drugs and weapons to spread mayhem in Punjab, Captain Amarinder said despite half the Punjab Police force on curfew/lockdown duties and humanitarian relief missions, they were keeping a close eye on what was happening along the borders.

“We will ensure that such anti-national elements are caught and put behind the bars, where they belong,” he said.Recalling his promise to the people of Punjab that he would break the backbone of the drug trade in the state, the Chief Minister said the arrest of Ranjeet @ Cheeta had effectively done that. Even on the terror front, the police force had been actively working to bust terrorist modules, with 32 of these neutralised since his government took over in March 2017, said Captain Amarinder, adding that 155 terrorists/radicals had been arrested and large number of weapons, including foreign-made ones, along with China-made drones had been seized in this period.