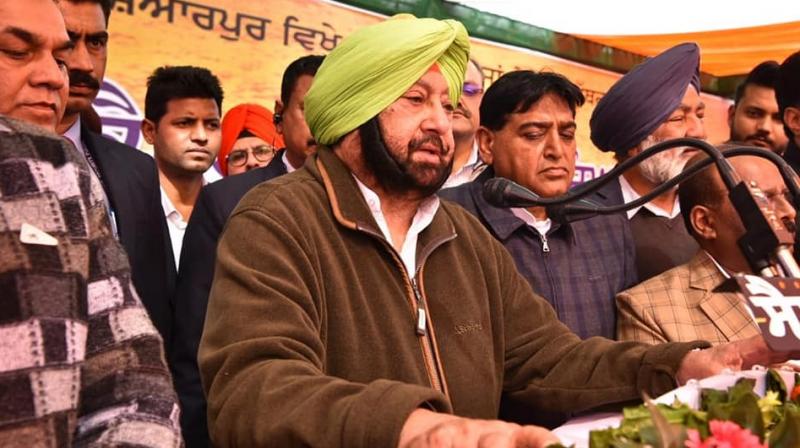 HOSHIARPUR, MARCH 4: Punjab Chief Minister Captain Amarinder Singh on Monday laid the foundation stones of seven development projects, including a Cancer Hospital, to drive the Kandi region’s growth to a new level. The bouquet of projects, with a total cost of Rs 150.85 crore, includes a multipurpose indoor hall, a food street, a new library, ROB on Jalandhar Cantonment-Hoshiarpur Railway Line, a Girls Hostel and a Community Center, besides the Cancer Hospital.

In addition, Captain Amarinder also announced sub-tehsil status for Sham Chaurasi, and said work had already been initiated on the establishment of a Government College at Dholbaha, with the receipt of tenders. The government had already announced two more government colleges, in Chabewal and Dasayu, in the recent Budget, he pointed out. The Chief Minister said the region had many demands and his government had tried to fulfill most of them as part of its duty to ensure the welfare of the people.

He laid particular emphasis on promoting education quality and research, for which his government was building world-class universities which will have international tie-ups. Captain Amarinder said his government wanted Punjab to become an educational hub so that industry comes to the state to pick talent. This would also help prevent youth from making a beeline abroad to seek better opportunities, he said, adding that he wanted to reverse the trend so that youth get good education and jobs in the state itself.

The Chief Minister also announced his government’s plans to come out with a policy to develop an industrial belt from Pathankot to Chandigarh. Memorandums of Understanding had already been signed for Rs. 65000 crore, with Rs. 36000 crore visibility on the ground, since his government took over, he added. Expressing concern over the contamination of the state’s sub-soil, leading to spread of cancer, the Chief Minister said his government aimed to link all cities with surface water, to which end projects have been launched in the main towns of Patiala, Jalandhar, Amritsar and Ludhiana. 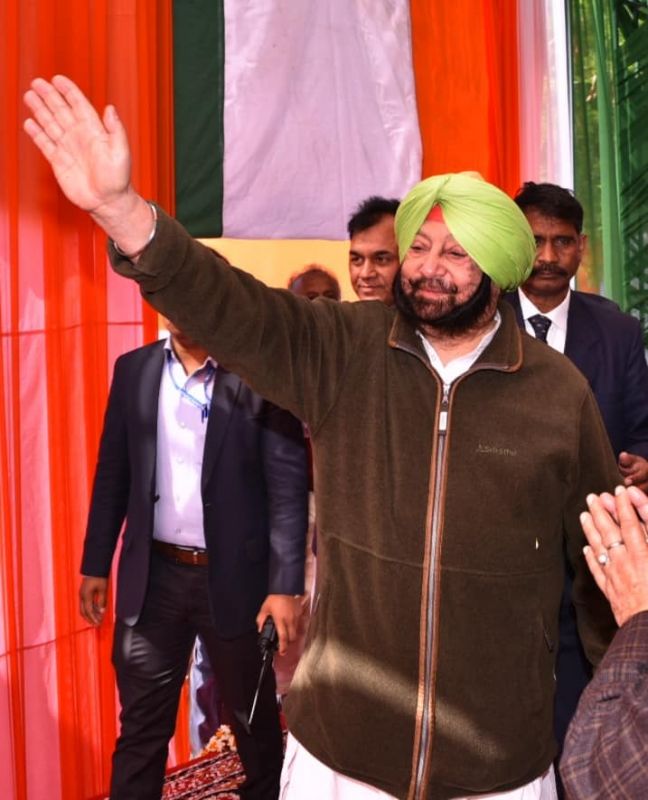 Providing clean drinking water was a priority for his government, he said, adding that cancer hospitals had already been established in the southern part of the state and now the focus was on the northern belt.  The Cancer Hospital in Hoshiarpur, to be constructed at a cost of Rs. 45 crore, was a step in this direction, said the Chief Minister, pointing out that besides this tertiary care centre in Hoshiarpur, his government had facilitated the establishment of an ultra-modern Homi Bhabha Cancer Hospital in Sangrur, while another was in the pipeline for Fazilka.

In another major announcement, the Chief Minister said that the Railway Over Bridge (ROB), extending 1.42 kms on the Jalandhar Cantt-Hoshiarpur line at level crossing No.B-50 , would be constructed at a cost of Rs 81 crore, with the State’s share at Rs 35.6 crore and the remaining Rs. 45.4 crore to be funded by the Centre. The project would ensure seamless and hassle-free travel for commuters in the region.

Ensuring sports development at the grassroots level to wean youth away from the menace of drugs, the Chief Minister said his Government was building high-tech sports infrastructure in the state, and as part of this, Rs. 7 crore was being spent on constructing a Multipurpose Indoor Hall in Smt Lajwanti Sports Complex, Hoshiarpur. The facility would help identify and nurture sporting talent to bring laurels to the country, he added.

Underscoring his government’s focus on education as a tool to empower youth and make them employable, Captain Amarinder said a new state-of-the-art library was being built at a cost of Rs. 2.42 crore in the Government College, Hoshiarpur. The college was also getting a Girls Hostel for Rs. 4.19 crore, he said, adding that the sports complex, the library and the community centre for which he was laying foundation stones today were essential to engage the minds of the youth and prevent them from digressing into non-constructive areas. Reiterating his commitment to facilitating employment for youth, the Chief Minister pointed out that as many as 6.2 lakh had already got jobs or becoming employed under the Ghar Ghar Rozgar & Karobar scheme of his government.

The Chief Minister said that the Community Center was being set up at a cost of Rs 6.12 crore, for which Rs. 3 crore would be provided under his government’s Urban Environment Improvement Programme. Captain Amarinder also laid the foundations for a world-class Food Street near Lajwanti Sports Complex, to be built for Rs. 5,12 crore, to enable the people to experience the best in culinary excellence. The concept would be replicated in Patiala and Bathinda, to be followed by other cities in the state, he announced.

PWD Minister Vijay Inder Singla, addressing the gathering, assured that his department, which was the nodal department to execute the various projects kick-started today, would ensure their timely completion in a transparent manner. Speaking on the occasion, Industries and Commerce Minister Sunder Sham Arora thanked the Chief Minister for giving a Cancer Hospital to Hoshiarpur, which would not only provide cancer care to the Doaba region but also to neighbouring Himachal Pradesh.

He said that the ROB would fulfill a long-pending demand of the region. The seven projects would further boost the pace of holistic development in the region, he said, urging the Chief Minister to consider the demand of the advocates to provide separate funds for a chambers of lawyers, on the lines of
Patiala.

Responding to the request, Captain Amarinder said as per policy, his government can only provide land and cannot construct chambers. He advised the lawyers to make a 5-member committee and come out with a detailed plan and promised to contribute to the project from his discretionary funds.