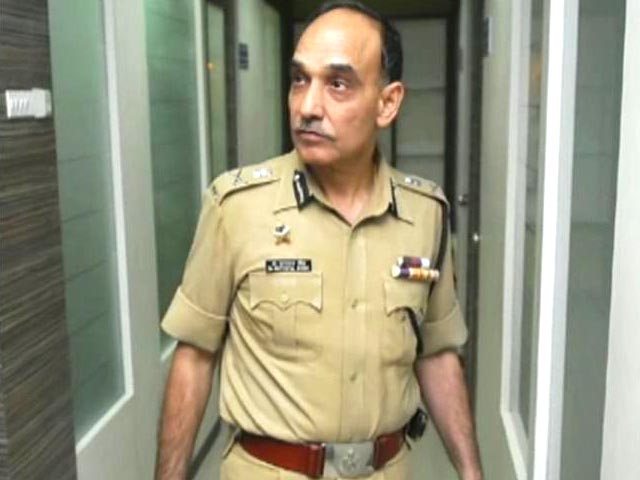 New Delhi: A Mumbai Police commissioner who quit the post to join politics, Satyapal Singh seems to have found his true calling after taking the electoral plunge to become an MP and now a part of Prime Minister Narendra Modi's cabinet.

61-year-old Satyapal Singh wanted to become a scientist before he joined the IPS in 1980 and got Maharashtra cadre.   But in his own words, his “inner voice” told him it was time to change his profession. He quit the job of a police officer, became an MP and now as a Union minister he aims to “work for the entire country with renewed energy."   Singh's first posting was as assistant superintendent of police of Nasik. He then went on to become the superintendent of police of Buldhana.

Prior to being appointed the Mumbai Police chief, Singh was Maharashtra's additional director general of police. He has also served as the Joint Commissioner of Police (Crime) in Mumbai.   He has also been on deputation to the CBI and received a special service medal for extraordinary work in Naxalite areas of Andhra Pradesh and Madhya Pradesh. He received the President's Police Medal for distinguished service in 2004, the President's Police Medal for meritorious service in 1996 and the DG's Insignia in the same year.

During his tenure in Mumbai, he is credited with breaking the backbone of organised crime syndicates that terrorised Mumbai in the 1990s, including the Chhota Rajan, Chhota Shakeel and Arun Gawli gangs.   During the same time in the late '90s, when gangsters were active in Mumbai and the mafia in Mumbai went berserk with several high-profile killings, Singh formed special police squads and cracked down on several underworld figures.   That tenure saw several encounter killings in Mumbai with specialists such as Daya Nayak, Pradeep Sharma and Vijay Salaskar given the licence to take on the underworld. It was during this stint that the 25 August 2003 Mumbai bombings at Gateway of India and Zaveri Bazaar took place.   As Police Commissioner of Nagpur, he began an outreach programme called 'Mission Mrityunjay'. This was an anti-terror initiative that aimed to enlist college students in the fight against terrorism whereby students recommended by college authorities assisted the police in intelligence gathering and reported suspicious and anti-social activities on campus and in the city.

Identical programmes were launched in Pune as well as Mumbai during his tenure as the police chief of respective cities.   As Nagpur police chief, Singh had also busted the 'matka' gangs there, unearthing a local politician's links to the high-profile racket.   His tenure as Pune Police Commissioner was witness to the 2010 Pune bombing which occurred at the German Bakery that killed 17 people and injured at least 60 more.   In June 2011, weeks after being appointed chairman of a special investigation team constituted by the Gujarat High Court to probe the Ishrat Jahan fake encounter case, Singh was replaced after requesting the court to relieve him after he cited differences of opinion between two other SIT members.   On 23 August 2012, Singh was appointed as the Police Commissioner of Mumbai after his predecessor Arup Patnaik faced flak and was eventually shunted out for his handling of the Azad Maidan riots that occurred on August 11 in the city. Several policemen were injured in that melee.   On 31 January, 2014 Singh tendered his resignation and applied for the voluntary retirement scheme (VRS) and sought to be relieved as soon as possible from his post so he could contest the Lok Sabha elections.   He was then quoted as saying, "My inner voice is telling me that it's time to change profession.

As a police officer, I have worked for the people of Mumbai and Maharashtra for many years, but now it's time to work for the entire country with a renewed energy."   Born in Basauli village in Meerut district on November 29, 1955, he is a BJP MP from Baghpat in western UP.   He was pitted against Rashtriya Lok Dal supremo Ajit Singh from Baghpat where he won with a thumping margin of 2,09,866 votes, defeating Samajwadi Party's Ghulam Mohammed and pushing Ajit Singh to the third spot with only 1,99,516 votes.

In Parliament, Singh has been vocal about farmers’ issues, advocating the need to involve the farming community actively in drafting of the Union Budget. He has also been raising the problems faced by sugarcane farmers in western UP who are debt-ridden in the face of non repayment of their heightening dues by sugar mills. He has actively been campaigning for Government regulation of sugar prices.   Singh is also a vocal proponent of holistic health, yoga and vegetarianism.   He has a keen interest in vedic studies and regularly delivers lectures on spirituality, religious extremism and corruption. PTI